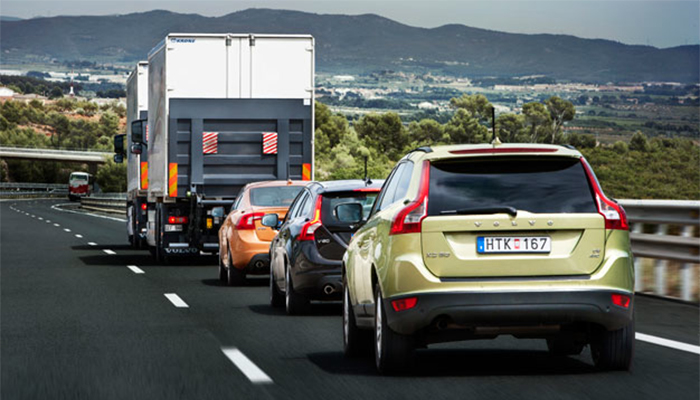 Imagine if all the vehicles in the world were taken awayーno longer would you be able to travel tens of miles in a matter of minutes. You’d have to rely on the pace on your feet, in order to cross distances (unless you’re lucky enough to own a horse). Cars are truly one of the most convenient inventions in the world; they allow you to travel long distances with the push of a pedal, heck you can even have a computerized voice tell you where to go if you happen to own one with a GPS. It’s all thanks to the invention of the car, that we’re able to drive ourselves to a fancy restaurant across town for dinner; that we’re able to go on week-long road trips with our friends.

A little bit of car history for youーIn 1807, the first vehicle was designed by French inventor, Francois Isaac de Rivaz; he invented a combustion engine system which did not run on gasoline, but instead it was hydrogen powered. However despite his achievements at the time, his invention did not take off and it had never become commercially successful. Fast forward some tens of years, the first petrol-fueled vehicle was invented in the late 1800’s by a German man named Karl Benzーhe would also eventually start the company that would later be known as, Mercedes-Benz. However having said that, it wouldn’t be until the early twentieth century that vehicles such as cars would become commercially available for the public.

We’ve sure come a long wayーfrom the invention of large, bulky vehicles to the fancy, luxurious cars that we have now, which are capable of traveling over 60 miles per hour. While there’s no doubt that being able to walk on our own two feet is something that we, as humans should be proud of, being able to drive around the city in your own car is an entirely different feeling in itself, as I’m sure many of you would agree to. How else would we be able to meet that one friend who lives on the opposite side of town within an hour, right?

But have you ever stopped to wonder, which country has the most vehicles? Are citizens of first world countries more likely to own a car? How many is a lot, in terms of vehicles per country? We’ll be answering all these questions as we delve into see what the top 10 countries are in the world, that have the most vehicles. 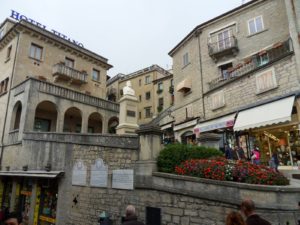 Does it surprise you that the United States is not first on the list? Situated on the northeastern region of the Apennine Mountains, San Marino has the world’s greatest vehicle to people ratio of 1139 cars per 1000 individualsーa stunning feat, for such a small micro state! To put things into perspective, with an area of just a little over 61 square kilometres, San Marino is over ten times smaller than the city of Chicago. In terms of vehicles, San Marino is the only nation in the world with more cars than it has peopleーwith a population of 32,000 citizens and a ratio of 1139 vehicles/1000 people, that comes out to a total of over 36,000 cars in the country! However despite this, the new car market in the European country appears to be decliningーwith a decrease of approximately 4% every year.

Try saying the name of this country five times really fast! Located between Switzerland and Austria, the German speaking country of Liechtenstein currently ranks second in our list, with a vehicle to people ratio of 744 cars per 1000 individualsーclose to 400 less than that of San Marino. With a land area of over 160 square kilometres, Liechtenstein is a fairly small nation with an estimated population of 37,000ーover 5000 more citizens within its country borders compared to that of San Marino. As a highly prosperous nation, Liechtenstein is home to some of the richest individuals in the world, a fact that appears to make sense when you take into consideration the number of passenger vehicles in the country. With the growing economy, the car market in Liechtenstein have also been seeing a rise within the past few years. 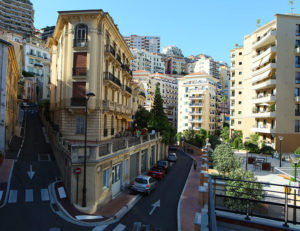 Not far behind Liechtenstein, is the independent micro state of Monaco. Located in the western region of Europe, the country of Monaco ranks third on our list with a vehicle to people ratio of 729 per 1000 individualsーjust a smidge under that of the number two ranking nation. With a tiny area of 2 square kilometres, Monaco is the second smallest country in the world (second to Vatican City). However despite its underwhelming size, it has a staggering population of 38,000ーeffectively making it the most densely populated country across the globe. Known for the world-famous Monte Carlo and the ward of Larvotto, Monaco is also the home of many rich individuals, a fact that probably has something to do with the country’s large amount of passenger vehicles!

Fourth on our list, is the tiny wealthy country of Luxembourg. Located between France and German in Western Europe, the nation has a vehicle to people ratio of 667 per 1000 individualsーa stunning amount considering its relatively small land area of 2600 square miles. With an estimated population of 525,000, Luxembourg is in fact, one of the least populated countries in all of Europe. According to various sources, the automobile sector in the country have always been on the rise; in fact, the car market in Luxembourg went up by 6% in 2014 and has been pretty stable since. Here’s another interesting factーthe Audi A3 and the VW Golf were two of the best selling cars in the country in 2014. 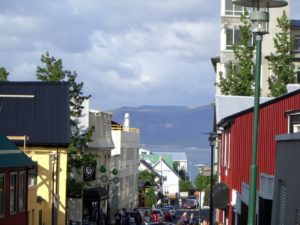 It seems to be a trend that small countries have some of the world’s greatest number of vehiclesーthe island nation of Iceland is no exception. With a vehicle to people ratio of 646 per 1000 individuals, the Nordic country takes the fifth spot on our list. Located between two large bodies of water, the Arctic and the North Atlantic Oceans, Iceland has an area of 103 square kilometre and a population of approximately 330,000ーit is currently the least densely populated country in all of Europe. Known for its volcanos, mountains and glaciers, Iceland also has relatively low taxes compared to other nations. According to recent statistics, Iceland saw a whopping rise of 48% in new car sales last year; with the Skoda Octavia being the best-selling car in the country.

The Caribbean island of Puerto Rico currently ranks sixth behind Iceland with a vehicle to people ratio of 629 per 1000 individualsーit is also the first American territory to be featured on our list. Situated in the north-eastern Caribbean Sea, Puerto Rico is an archipelago with a land area of 9100 square miles; it also has a relatively large population of 3,500,000 and a density of 382 per kilometre squared. With the large number of vehicles always present on the streets, the government has been actively trying to improve the Puerto Rico’s public transportation systems in attempts to decrease the amount of vehicle clutter on the island’s highways. However despite their effort, it seems like most Puerto Rico citizens still prefer to travel in the comfort of their own car! 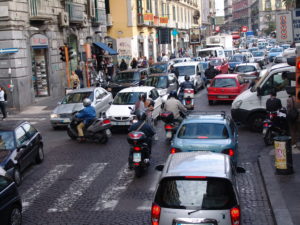 With there being such a large number of car manufacturers in Italy, it almost seems natural that they would be on the list. With many of its citizens being car-lovers, Italy has a vehicle to people ratio of 605 to 1000 individual and ranks seventh on our list. Known for its boot-shaped peninsula, Italy is the home of various luxurious car brands such as Ferrari, Lamborghini, Maserati and Fiat, to name a few. Located in southern Europe, Italy covers a fairly large area of 300,000 square kilometres and has a sizeable population of 61,000,000. Considering the country’s relationship with cars, it’s also no surprise that their automobile market has also been increasing at a rate of 3% per year. The best-selling vehicle in Italy in 2015 was the Fiat 500X.

It seems like small countries aren’t the only ones populated with cars nowadaysーbut island nations too! With a vehicle to people ratio of 597 to 1000 individuals, New Zealand ranks eighth on our top 10 list. Consisting of two main islands, New Zealand is situated in the southwestern Pacific ocean, next to the Tasmanian Sea. The English speaking country has an area of approximately 270,000 square kilometres and relatively large population of 4,700,000. Known for its beautiful landscapes, it’s no doubt that many of the country’s citizens enjoy driving through its streets. In 2015, the best-selling vehicle in New Zealand was the Ford Ranger, with the Toyota Corolla trailing at a close second in the car market. 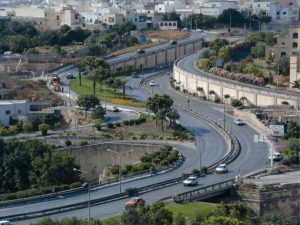 Just a couple of cars behind New Zealand, the European country of Malta made it onto our list at the ninth spot. It has a vehicle to people ratio of 595 to 1000 individualsー just a tad less than that of both New Zealand and Italy. Known for its historic structures and beautiful scenery, Malta has a land area of 316 square kilometres and is considerably smaller than some of the other previously mentioned island countries. With a population of approximately 450,000, the country is also one of the world’s tiniest and most densely populated nations in the worldーwith a noteworthy population density of 1410 per kilometre squared. One thing’s for sure, drivers in Malta must have a hard time finding parking considering how much land area there is in the country after you account for buildings and other structures!

Located in the southern tip of Europe, Lithuania just made it onto our list with a vehicle to people ratio of 565 to 1000 individuals. As one of the three Baltic states, the country is also neighboured by the south eastern part of the Baltic Sea. With a reasonable land area of 65,000 square kilometres, Lithuania is the 26th largest country in Europe; as of 2015, it also had an estimated population of 2,900,000. Equipped with a number of modern highways throughout the country, it only makes sense that the Lithuania’s citizens would prefer driving as opposed to other means of transportation. The car market has also been flourishing, having increased by 17% in 2015 compared to the previous year. The best-selling vehicle in 2015 was the Fiat 500, for the fourth year in a row.