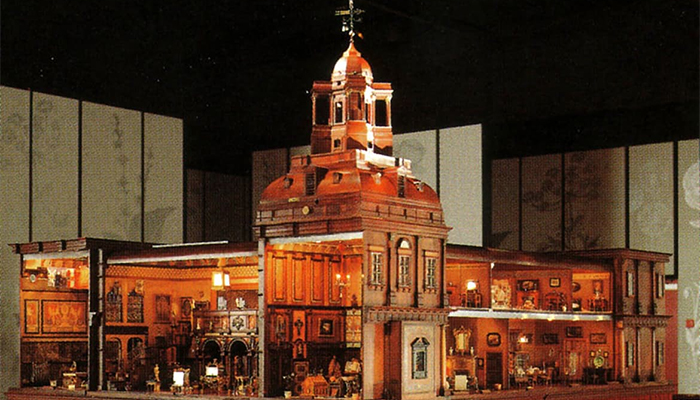 As kids, we were all probably engrossed in toys at one time or another. Heck, we probably nagged our parents for a toy every time we walked down the toy aisle during family outings; I mean, who wasn’t asked their parents for a new toy? It’s just one thing that comes with being a kid. Those of us who grew up during the 80’s and 90’s are likely familiar with how we used to rely on toys for entertainment; we didn’t have fancy things like Youtube or iPads to amuse us, we entertained ourselves with our toys. Sure, we could have watched some cartoons on television here or there, but even the good shows aren’t always on air.

However having said all that, are toys simply made meant for playing? Many collectors would say noーto them, they are worth much more as a collectible item. While toys are mainly marketed towards children, there’s no rule to say that adults can’t walk into a toy store to buy a box of legos for themselves. Over the years, an increasing amount of adults have gotten into toy collecting as a hobby. In fact, many purchase classic toys as a means of investing, assuming that the value would increase after a period of time.

Throughout the years, vintage toys in particular, have continued to soar in popularity amongst toy collectors; classic toys have now become pricey collector items. At any time, a hardcore collector would probably be glad to offer thousands of dollars for a rare and valuable toy. Do you have a binder filled with Pokemon cards somewhere in your attic? Well, you better dig it out now, who knows how much they’re worth now after having sat in mint condition for two decades! While many seem to associate collectibles with “fancy”, that may not always be the case; in fact, some of the world’s most valuable  and expensive toys are very simple in design. Did you know that some of these collectibles will cost you well over, $10,000? To put things into perspective, that amount of money would be enough for the down payment of a house! Now imagine investing that sum into a small toy.

Wondering what these rare toys are? We’ve got you covered. For your curiosity, here is a list of ten of the most valuable and expensive collectible toys. 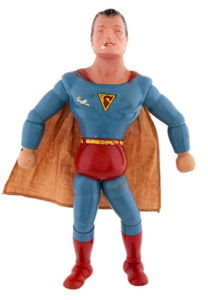 First released in 1940 by the Ideal Novelty and Toy Company, the original Superman Action Figure stood approximately 13 inches tall and was made almost entirely from wood (except the head and upper body). Don’t let its funny looking face fool you, this action figure is as collectible as collectibles come nowadays. As the first Superman doll ever to be made in the history of the franchise, it’s really not too surprising that this doll is a highly sought-after collectible. Originally sold for a retail price of 94 cents, this Superman Action Figure now has a hefty price tag of about $20,000ーthat’s almost thirty thousand times the original! Considering the fact that this superhero’s popularity hasn’t faltered over the past eighty years or so, it’s no wonder why he’s so rare and valuable!

Created and designed by Asprey’s of London, this dazzling, one-of-a-kind game boy is encased in an outer layer which is made entirely from pure 18k goldーbut that’s not all, the 2.6” screen was also bordered with a set of of shimmering diamonds. Not the mention the diamond accented on-off switch and fancy gold buttons! Released as a package along with its cables, game cartridges and leather case, this stunning 18K Game Boy console even came with its very own certificate of authenticity. Want to play the classic game boy games in style? Here’s your chance! You can own this remarkable piece of video game history for only $25,000! Worth it for the opportunity to game on a device with bling, am I right? 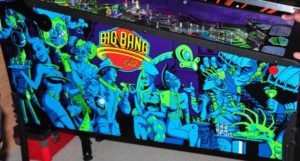 Capcom’s Big Bang Bar Pinball Machine was first presented during the late 90’s at the Pinball Expo Show which took place in Chicago. As the company’s newest and latest game, it gained much attention at the show, with its excellent sound quality, animations and gameplay. Known for its bright, fluorescent artwork, the machine truly stood out against the rest of the pack; the artwork was also more adult themed, compared to the other pinball machines at the time, which was a welcome change for the fans. However despite its popularity at the event, Capcom later announced that they would be halting the manufacturing of the machineーmuch to the surprise of everyone. As a result, only 14 prototype Big Bang Bar Pinball Machines have ever been made; knowing this, it’s no wonder why they fetch a whopping $30,000 a piece!

First released in 1986 in Japan, Stadium Events was a sports fitness game created by Bandai for the 8-bit video gaming console, the Nintendo Entertainment System. While it was later released in September 1987 in North America, Nintendo would soon recall the game to rebrand it as a new product called the “Family Fun Fitness,” which utilized an accessory known as a Power Pad; the new series would come bundled with consoles at the time, rendering them very common. On the other hand, only a limited number of copies of the original Stadium Events have ever been distributed, causing their rarity to soar through the roof! It is currently the rarest NES video game in the game collecting world. If you’re lucky enough to get your hands on a copy, know that it will probably cost you at least $35,000! 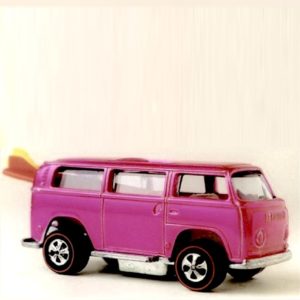 A prized collectible in the world of Hot Wheels, the 1969 Volkswagen Beach Bomb is one of the most valuable collectible toys todayーespecially when it is in mint condition. Available with both a white or dark coloured interior, the Beach Bomb also featured tiny removable surfboards which were mounted on its side. However despite the fancy design, the car had been prone to tipping over due to its high centre of gravity; because of this, the Beach Bomb was never mass-produced, resulting in a a very limited amount having been made. An estimated number of 200 were said to have been produced during a factory test, however this remains to be unconfirmed. To this date, the exact amount made of this Hot Wheels toy is still unknown. If you’re looking to add one to your collection (assuming you can find one for sale), it will cost you at least $70,000.

Introduced during the late 1980’s, the Nintendo World Class Service Set was utilized by a handful of specialized stores at the time as a means of diagnosing hardware issues with the NES. At the time, Nintendo had been encouraging customers to go to various World Class Service Retails in the country for the repairing of the NES, should they become faulty. Advertised to have been able to quickly diagnose problems of the video game console, the set was capable of various functions, the bulky 40 pound device were often used to test the status of the controllers, the zapper, the power pad and the Robot Operating Buddy (ROB). Highly sought after by retro game fans and collectors, a set in good condition would probably cost around $95,000. 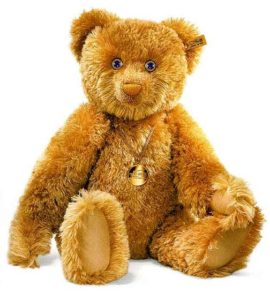 Made to commemorate the 125th anniversary of Steiffーa German teddy bear company, this beautiful golden Steiff Teddy Bear is covered in 125 karats of diamonds! Created from golden blonde silk and soft mohair, this teddy bear’s nose, mouth, and medallion are also made from pure 24 karat gold. Standing at a huggable height of 50cm, each of its eyes are also set in precious, 18 karat yellow gold. Originally sold for about $84,000 a piece, the value of the teddy has since risen into the tens of hundreds of thousands. Given that only 125 of these collectible teddies were ever manufactured by the company, not only are they difficult to afford, but they are also ridiculously difficult to find! The last one was known to have sold for a whopping $193,000 at an auctionーover double that of the original, already hefty amount!

G.I. Joe is a line of action figures which was first created and introduced by the toy company, Hasbro in 1964. Having been one of the most popular superhero characters at the time, millions of G.I. Joe dolls have since been sold around the globe. However while there are hundreds of valuable G.I. Joe figurines, one undoubtedly stands out against the restーthe original prototype G.I. Joe Action Figure. Known to many as the most valuable toy soldier in the world, this handcrafted figure has even earned a spot in the renowned, Guinness World Records Book for its hefty price tag! This one-of-a-kind action figure was sold for $200,000 at a heritage auction in 2003ーit is highly considered to be one of the most expensive toys ever sold. 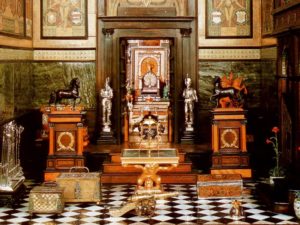 Built by Sir Nevile Wilkinson during the 20th century, this majestic doll house is made of over 3000 mini-pieces and boasts a staggering 18 completed rooms. Having taken 15 years to complete, it was originally created by the British painter for his young daughter, who at the time, had requested for a house with fairies for the garden. Undoubtedly one of the most expensive toys in the world (and perhaps one of the coolest),Titania’s Palace, as it is known, is also encrusted with excruciating detail and features a number of miniature artworks within its tiny walls. Since it was first built during the early 1900’s, the doll house has made its way up to Denmark, where it was later bought by a man for a undisclosed amount. It is currently housed at the Castle of Denmark for viewing. Although no available for purchase, Titania’s castle is said to have a value of close to $256,000.

Designed by Australian jewelry designer, Stefano Canturi, this timeless fashion doll is not your average Barbieーit is in fact, adorned with a number of valuable diamonds, including the highly exquisite, argyle pink diamond. Complete with extra long lashes and hand painted nail polish, the Canturi Barbie doll also holds the record for being the most expensive Barbie in the world. Dressed in an elegant strapless black dress, the stylish figure wears upon its neck a beautiful, Cubism style necklace complete with 3 carats of white diamonds and one carat of pink diamond; a dazzling Cubism diamond ring on her right hand completes the look. Sold for a record-breaking $302,000, all the proceeds from the one-of-a-kind doll were donated to benefit The Breast Cancer Research Foundation.