Top 10 Most Useless Buildings Ever Built 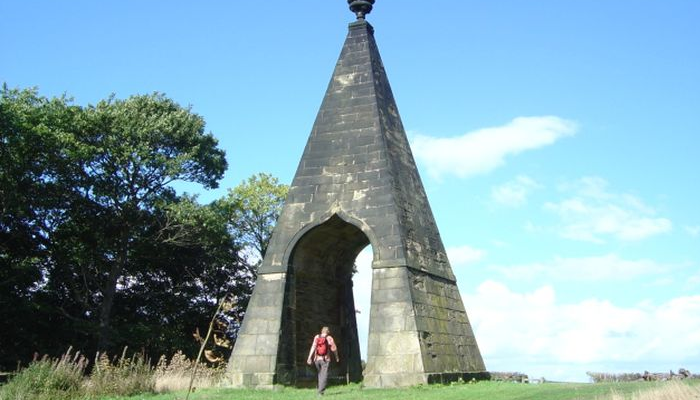 Did you know that there are buildings that were purposely built to have no use? There are, and they are known as follies. Follies are constructed primary for decoration, but they don’t serve any practical purpose. All sorts of follies can be found worldwide, but Great Britain is the best known place for its amount of useless buildings.

Today we’ll be taking a look at such buildings with no use whatsoever. Where, why and who built them? Let’s get started! 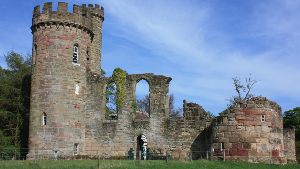 Hagley Hall is located in Worcestershire, England and it is the home of the Lyttelton family. Other than a house, there is also lots of open space, a big park and a ruined castle. The thing is that the castle wasn’t ruined in wars, battles, natural catastrophes or anything else. It was actually built to look like it’s a ruin. The damaged castle was built by Sanderson Miller in the 18th century, and it serves no purpose until this day. 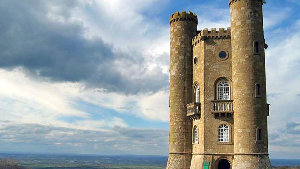 Another folly located in Worchestershire is the Broadway Tower, near the village with the same name. The tower was built for Lady Coventry. The Lady wanted to see if it was possible to notice a lit beacon on the castle from her home, 22 miles away . She funded the building of the tower, and was indeed able to see the beacon from her house. 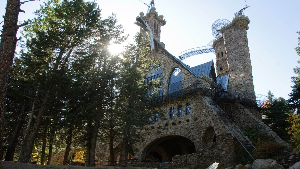 In 1969, Jim Bishop bought some land and decided to build himself and his family a cozy cottage. During the construction, his cottage started resembling a castle, which some of his neighbors noted. So Mr. Bishop decided to just go with it, and turn the building into a castle. This one-man project is today mostly a tourist attraction, but the Bishop Castle was also used as a church from time to time. 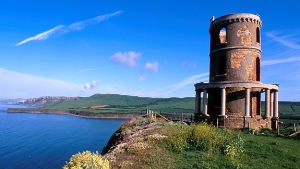 Another tower located in England and built without any practical use is the Clavell Tower. The man behind the entire building process is Reverend John Clavell who inherited the land in 1817. While it was built as a folly, the tower actually had a purpose once. It was the inspiration of P.D. Jame’s novel The Black Tower, which won several awards. Whether it was worth it or not to build a tower for that is up to your subjective opinion. 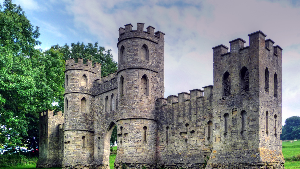 And another folly comes from England, more precisely from Bathampton. Sham Castle was built in 1762 by Richard James, for no purpose other than being there and looking nice. The castle looks like a real fort from the front, but the back side shows a whole different story, because there’s nothing except the towers and the wall. 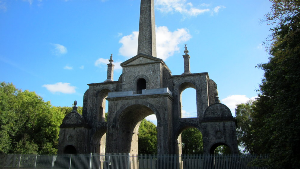 This building, also known as The Obelisk, proudly tells us what it is – a folly. It was built in order to provide employment to many Irish citizens during the 1740 famine. Since then, it has served no purpose except for standing there for many years. Recently it’s being slowly restored because it started falling apart after years and years of being ignored by everyone. 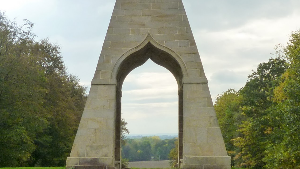 Funny story about this folly is its initial purpose; its creator, Charles Wentworth, built it to win a bet in which he stated that he could “drive a coach and horses through an eye of a needle”. Once the bet was accepted, he proceeded to build the folly and drive a carriage through it, thus presumably winning the bet. Since then, the Needle’s Eye had no use. 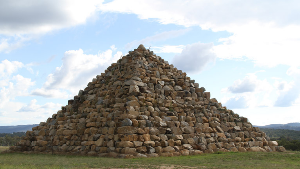 The first folly on the list that comes from Australia is a pyramid, and a very unusual one at that. During an excavation, many granite rocks were leftover on a private property of a man who decided to use them and build himself a pyramid. The construction took eight months, but Peter Watters now has his own pyramid known as the Ballandean Pyramid. 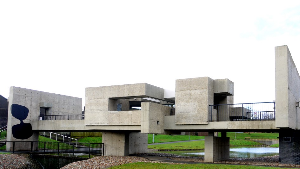 The Apollo Pavillion is Victor Pasmore’s art piece located in Peterlee, England. Almost $40,000 were invested into the building, only for it to become scribbled with graffiti as it aged. In 2009, it was restored for close to $500,000 and even had lights installed inside of it. 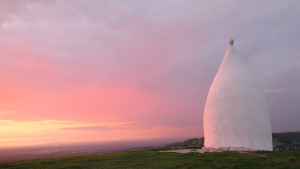 The White Nancy is, least to say, an unusual structure built in Bollington, England. It was built to commemorate the victory at the Battle of Waterloo by John Gaskell in 1817. Originally, White Nancy had an entrance and a single room, but the entrance has since then been blocked off. Over the years, the building was recolored and painted many times over. Just this year it was finally restored to its original colors. We eagerly await to see what’s the next color of this pretty useless building.

Have we missed anything? Do you have a folly in your neighborhood that you’d like to nominate? Feel free to share your thoughts below!