Stepping into the Shark Tank are Brooke Bryant and Britney Hayes. The two moms are the founders and owned of the company Addison’s Wonderland, which is a children’s decor company. The two of them are seeking an investment of $90,000 in exchange for a 20% equity stake in their company. Addison’s Wonderland, Britney starts, is the most unique, versatile, and exquisite line of children’s bedding on the market today. In fact, when moms see the bedding, they rarely want to purchase anything else! When Britney’s sweet, little Addison was ready for her first big-girl bed, Britney began a wide search for items to fill Addison’s room.

Unfortunately, everything was kind of bland colored and looked very cheap, so nothing Britney was able to find worked for Addison’s room. So, she pulled out her own sketchbook and began working on her vision of the ultimate little girl’s room. She created pillows, window treatments, and bedding. Upon completion, Addison, and everyone else who saw the room, loved it. Brooke has been childhood friends with Britney so when Britney asked her to partner with her, Brooke did not even stop to think twice. With the help of the Sharks, Addison’s Wonderland can be made into a brand name that stands for excellent quality children’s bedding worldwide.

Kevin then steps up and says that no Shark is as fashion-forward as he is, then he asks how Addison’s Wonderland is sold to the two Georgian moms. Britney explains that Addison’s’ Wonderland is sold only online, directly to the consumer. Robert then asks about the offering of items, or rather, if pieces of parts of the collection are eligible for individual purchase. Brooke then explains that they have a collection catalogue on their website, where a potential customer can go online and look through the various pieces and pick out a piece or they can purchase an entire collection. The customer can mix-and-match as they please, like if they did not like the pillows, for example.

Robert then asks how much a set of bedding costs, and Britney reveals that a set of bedding can run upwards of $1,400 for just a basic twin set. Robert is blown away by the model in front of him, since it apparently is a $1,400 model. Lori then asks if the two moms are hand-sewing the bedding themselves. Britney explains that they have a custom workroom that does all the work locally, but with the investment of the Sharks, they will begin to look for ways to lower the cost of manufacturing. Lori also concedes that the price is very, very high for a children’s bedset.

Daymond asks the two how long they have been in business, which has been exactly a year upon filming. Daymond then asks about the sales of the two, which have come out to over $130,000 in just the short span of a year. Mark asks the cost on that $130,000, and Britney explains that their costs, with labor inclusive, typically eat up about 45% of the product’s end price. Robert asks about the average order placed from each customer, and each order is between $800 and $1,200 dollars. 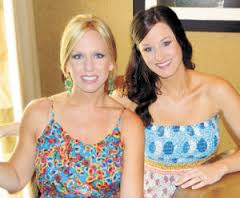 Brooke and Britney still stand firm behind their large price point, however; they are confident that they will continue to see sales grow as there has not been a month where the sales have dipped. However, Robert feels that if this is the case, the two moms should not drop the price of their product since people are looking to reorder it anyways. In the feedback the two moms have gotten, the most common comment that they have received is that if the bedding were available for 30% cheaper, it would be a far better and more popular investment.
Kevin then vocalizes his thoughts – perhaps Addison’s Wonderland is not meant to be a rich, large business, but a profitable one. People, namely moms, are willing to pay the premium price for the bedding, so they should attempt to capitalize on the market share that they have already cornered. However, Lori feels that the two of them would not survive for very long with this tactic. Mark then steps in, and he actually agrees with Kevin on this – the two identified a niche, and so thousands of people have come to the website and the units are selling.

Lori still disagrees with the product and Mark and Kevin; Lori has always been about creating a great, affordable product at a cheap price in order to sell it to as many people as possible. This lets it be enjoyed by the masses, but Mark points out that this is not the only model. However, Lori continues on, and says that in order to create a profit, the two of them will need to bring the bedset to retailers. Mark looks exasperated, but Lori points out that there is a recession and people are struggling to pull together $1,400 for a mortgage payment.

Mark still feels that Lori is out of her mind, but the two women fortunately change the direction of the Shark Tank. They have admitted that they are willing to attempt to bring the bedding to markets all over the world and have talked with some retailers already. Daymond asks which, and Britney says Bulimi’s, a specialty boutique in children’s bedding, has asked to put it in their display storefront window. Daymond then says that he bought his own daughter a bedding set from the same store, but he is now just finally paying it off and she just turned 18 years old. This draws a laugh from Robert.

Brooke continues on, saying that with the lowered cost, they can offer a wholesale rate and give themselves even more of a payday with guaranteed units sold through purchasing orders. Kevin still feels like the two moms are not playing into the niche they have cornered, where moms are paying a premium price for children’s bedding. The two moms would have to move to begin to service a distribution business, which would want 50% of the margins. Daymond agrees, and says that the two are trying to grow the business too big too fast. Brooke then says that they need a third voice of guidance to help them.

Daymond is a little bit stunned at the rash preparation of the two and asks if they are truly ready for a third person to come on board and guide the company. Britney offers a little insight on herself; when she was in college, she married her husband at 20. Her husband decided he wanted to start a granite company, so they worked almost all day every day. By the time they were 23, they graduated college and the company was selling $2.3 million worth of granite every year. Robert asks what happened to that business, which is still in business.

Robert then says that he feels like the two are on track and have the perfect business, since they are indeed profitable. He does not find the sense in moving away from their captured niche already, and Robert is the first Shark to exit the deal. Lori loves the creativity and hard-working nature of the two moms, but she is more interested in products that is affordable to a large portion of the population compared to a small, elite few. Lori is also out.

Daymond feels that the two do not need a Shark to invest, as this is the type of business that can be run out of a home and net a couple hundred thousand for each woman. Daymond is out, as well. Kevin then speaks up, explaining that there is nothing unique and proprietary about the company. If he wanted to knock the two of them off, he could do so for a lot less of an investment. Kevin is also out, leaving just Mark as the final Shark.

Mark explains that he is going through the process of having to redo multiple rooms in his house right now for a 6 and 9 year old daughter, so he is getting brutalized. His wife would love it, but he is more of a tech guy. Mark is able to recognize that there is a market for the price, but it is too expensive. As an investor, there is just no possibility for Mark to receive a timely return on his investment, so Mark is the last Shark to exit the deal.

Unfortunately, Brooke and Britney walk out of the Shark Tank without finding a deal in Addison’s Wonderland.

Addison’s Wonderland Now in 2018- The After Shark Tank Update

Addison’s Wonderland has teamed up with a variety of other brands and names, including Kate Spade. Now, Brooke or Britney (I could not find which runs the website) works full-time as a blogger which includes various affiliate links through earning and rebate programs, such as the Amazon Smile program, which nets the referral a percentage of the purchase. One of the two women liquidated the entire inventory of Addison’s Wonderland around March and April of 2016, so evidently, the two women were not cut of the same cloth as other entrepreneurs on Shark Tank.