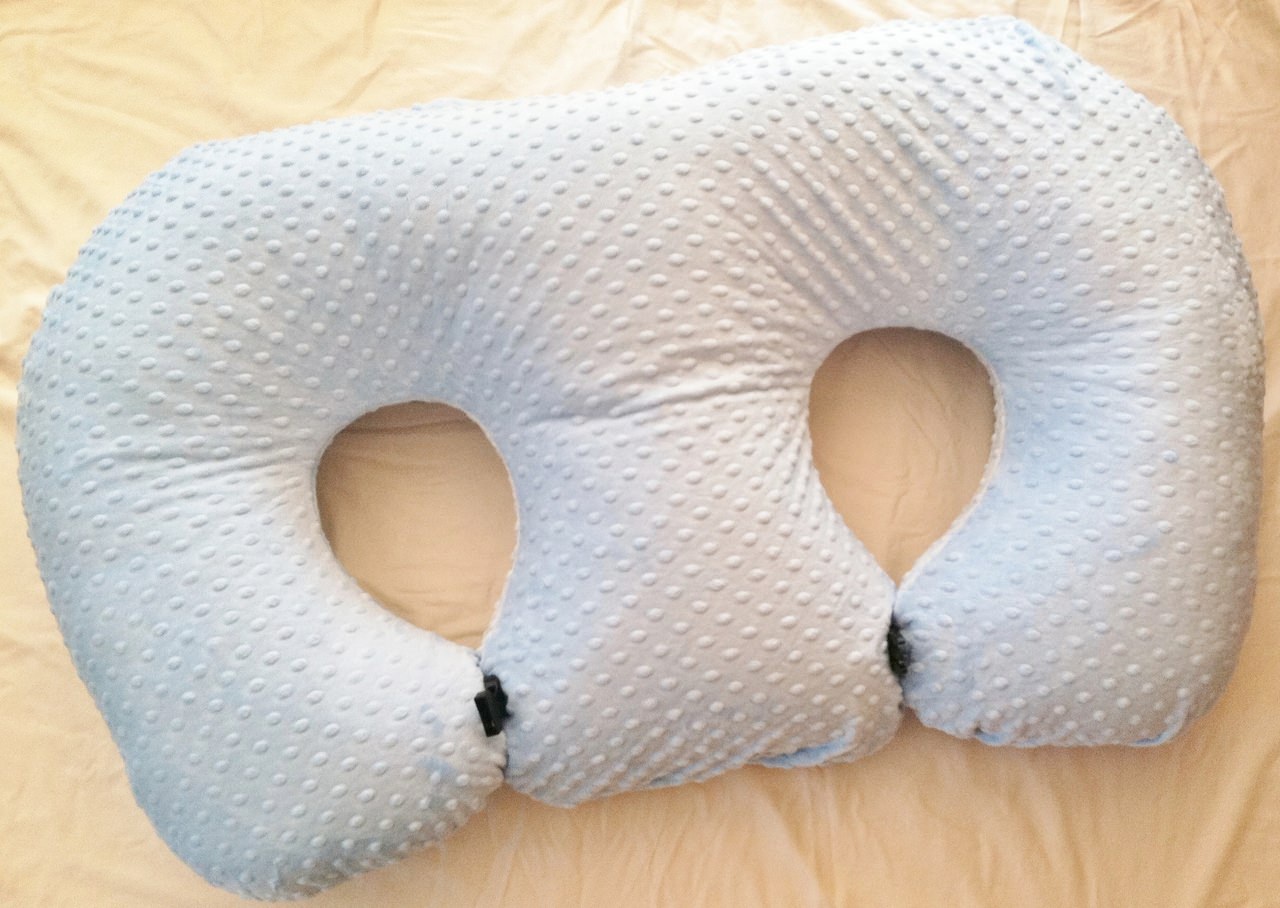 Michelle and her husband Jason have just stepped into the Shark Tank. The two of them are the founders and owners of the Twin Z Pillow, and they are seeking an investment of $75,000 in exchange for 10% equity in their company. Michelle starts with a story and an example; did the Sharks know that a mother of multiples can take over 12 hours a day to feed her babies? One infant feeds for 30 to 45 minutes at a time, and at a possibility of 10 times a day spent feeding babies, that can be doubled for twins. When Michelle had her twins, she searched and searched for something that could help her feed her children but couldn’t find something that was comfortable or fit her body, so she took her mother’s old sewing machine and came up with the first-ever Twin Z Pillow.

Michelle then demonstrates how the Twin Z Pillow works, as she sits down and buckles in. The Twin Z Pillow is the first pillow designed specifically for moms of multiples. As she sits down, Jason explains that the mom can bottle-feed or breastfeed two children at once, which cuts the feeding time in half. This can give the mom an extra six hours in her day. Included in the Twin Z Pillow is a back support system, which is unlike any other breastfeeding pillow on the market. So, with the investment of the Sharks, Michelle and Jason can double the Shark’s money and save twice the time doing so! 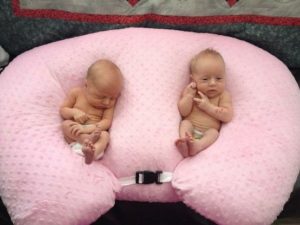 Barb is the first to ask the most important question; why wouldn’t two pillows just work? Propping up two pillows and propping up the babies could cause the children to roll off or for the pillows to fall off; there are a lot of logistics that go into feeding your children, especially when there are two of them, Michelle explains. Jason then mentions that the best thing is the kids will sit in the Twin Z Pillow like a chair when mom isn’t even breastfeeding them, and the pillow is comfortable for mothers. This is great for back pain when you’re pregnant.

Kevin then mentions his biggest issue is finding twins, which is a subset of a subset of a market – first they have to find pregnant parents, then they have to find pregnant parents that are having twins. However, Jason says that in the United States alone, there are 135,000 borns. Robert then asks about sales figures. This year alone, the Twin Z Pillow is on track to do $510,000 in sales, which surprises all of the Sharks. Twin Z Pillow has been in business for 2 years, and each unit sells for approximately $99.99. Each Twin Z Pillow costs around $29 to make. Robert asks for the sales projection for next year, which Jason says will come out between 1.2 to 1.9 million. This is based on the number of sales, which have actually been doubling every 9 months.

Robert asks how Michelle came up with the idea, and Michelle explains that both her and her husband were laid off from their jobs in pharmaceutical sales some years back. They lost their jobs and had no cars, no phones, or no anything – Jason went to wash cars for work and Michelle’s friends would come over and comment on the prototype development of the Twin Z Pillow. They would all mention that she should patent the pillow. Mark then points out that this is a great idea, as a viewer of Shark Tank could be sitting at home in the same scenario, wishing they only knew somebody or had the capital – Michelle and Jason were in the same situation, and they finally came to be on the Shark Tank some years later. 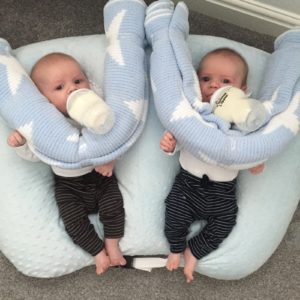 Each Twin Z Pillow is made in the United States, in Georgia; the covers are actually made in Massachusetts, however. Lori then asks about how the process of developing them came about, which Michelle explains started when she took her mom’s sewing machine to make the first sample. Her mom, unfortunately, passed away just before the fruition of the Twin Z Pillow. Michelle and Jason had to go through a lot of fertility treatments, and had a lot of losses during that time. Michelle’s mom, after battling with MS for 35 years, eventually became stricken with pancreatic cancer. Michelle and Jason wanted for her mother to meet their children before they passed away, so they tried a fertility treatment one last time and got lucky. Mark mentions that he loves the two of them and they embody the American Dream and are legitimate entrepreneurs.

But the bad news is that Mark does not find Twin Z Pillow to be an appropriate fit for his knowledge, so Mark is the first Shark to exit the deal despite singing the parents’ high praises. Robert speaks up next, saying he is curious to see what the two of them intend to do with the money. A few weeks ago, a big box retailer contacted Jason and Michelle, Bye-Bye Baby, in order to place a test order. The product would start out online and eventually make it into the store, but Robert interrupts to explain his thoughts. Sometimes, when there is a very niche product like the Twin Z Pillow, going into retailer is a bad idea. If they are selling enough of the product to get by and experience growth, and the customers are constantly delivering 5-star reviews, maybe going into retail is not the right move. Barb disagrees, saying she could easily see the product in a retailer like Wal-Mart.

Lori agrees, saying that the two of them could bring the product into Wal-Mart while still also selling online and double or triple their channels and receive way more income. Kevin then interrupts, saying he will make an offer – however, 10% equity does not excite him. Kevin offers a deal of $75,000 in exchange for a $10 per unit royalty which exists until he recovers 3 times his initial investment, $225,000, where it then goes away, in addition to 2.5% equity in the company. Robert then also makes an exciting royalty offer, his first ever in the Shark Tank. Robert offers $75,000 in exchange for $10 per unit until he recovers $150,000, and in exchange for 2.5% equity in the company.

Lori says that the two of them should shred the deals of Robert and Kevin, and makes her own offer. Lori proposes $150,000 along with a royalty of $5 per unit until she makes $150,000 back, where she then takes a 5% equity stake in the company. Lori also has a great relationship with Bye-Bye Baby and truly feels she can get the Twin Z Pillow into stores all over. Barb then makes a flat offer of $75,000 in exchange for 20% of the business; when she has been involved in a 10% ownership, as much as she loves her entrepreneurs, that 10% becomes smaller and smaller as she finds she is working her butt off for her entrepreneurs. 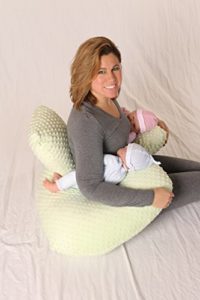 Barb also mentions that she disagrees with the guys’ strategies of building a business just to keep it online, saying that part of the excitement of the growth is to dream and see how far you can go. Eliminating the retail is eliminating half of the income, while Kevin tries to argue. Kevin feels that Barbara took a shot of his deal, and he becomes furious since he feels his deal is the most reasonable. Kevin then proposes to Robert that the two of them combine offers, in exchange for 2 Sharks on the deal. However, Robert mentions that their deal isn’t as good as Lori’s offer. So, they revise their offer to be $150,000 total in exchange for $10 off every pillow until they eventually receive $450,000 in exchange, where the deal becomes a 2.5% equity offer.

Michelle and Jason have three offers on the table from each Shark and the combination of Kevin and Robert, and all of the Sharks explain their points of view and what each Shark has to offer. Lori then mentions that Kevin has been aggravating her, so she proposes to Barb to combine effort, but Barb says she will stay in alone. Lori revises her offer to $75,000 in exchange for 20%, matching Barbara’s offer.

Twin Z Pillow Now in 2018- The After Shark Tank Update