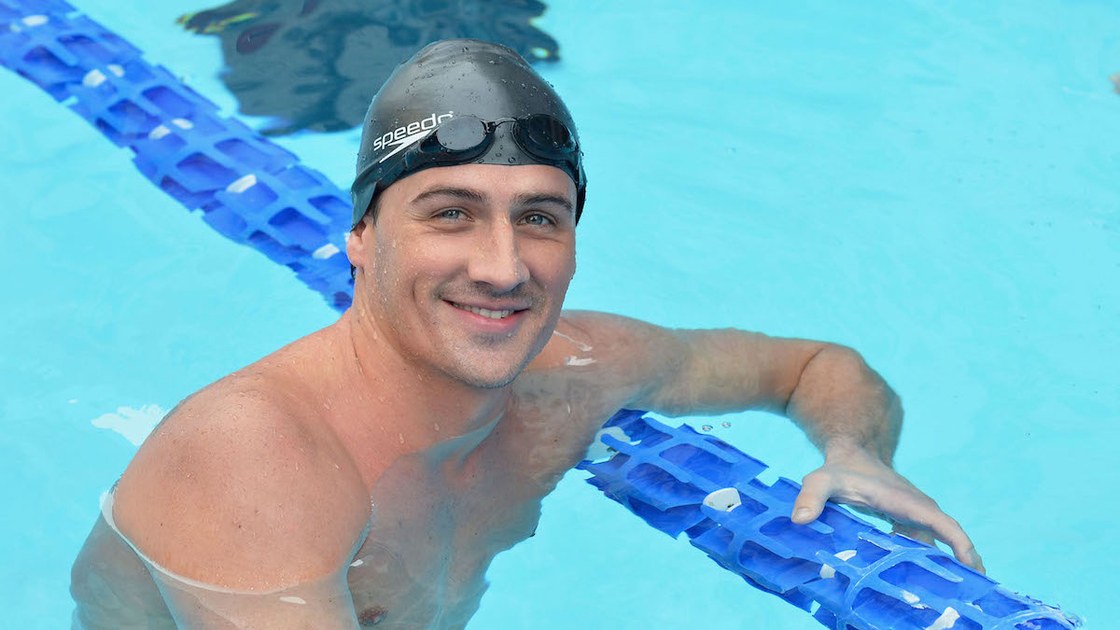 Ryan Loche is a competitive swimmer best known for having won twelve Olympic medals for team USA throughout his careerーputting him in second place behind swimmer, Michael Phelps. Skilled in both short and long course competitions, Loche is currently the word record holder for the 4x 200 metre freestyle relay; he also holds the records for the 100 metre, 200 metre and 300 metre individual medleys. As the son of a swimming coach, Loche was exposed to the sport early however had only began to take it seriously during his time in junior high school. Sick of losing after having lost at the Junior Olympic games in 1998, Loche then became determined to train hard and win competitively at the sport. As one of the country’s most recognizable swimmers, he is especially skilled in the individual medley and backstroke events although he is also highly efficient in freestyle and the butterfly.

After years of intense training and swimming, his efforts finally paid off when he qualified for his very first Olympic games in 2004. Out of the group of trained swimmers, Lochte had finished second only to Michael Phelps in the 200 metre individual medley. As of 2016, he has qualified for and participated in four sets of summer Olympic games (2004, 2008, 2012 and 2016)ーand have taken at least one medal for the team in each. Throughout his Olympic career, Lochte has won a total of twelve medalsーsix gold, three silver and three bronze medals; it would be the second greatest amount of individual medals ever won by a male Olympian.

Besides the Olympics, the competitive swimmer has also participated in a number of international competitions including the World Aquatic Championships. Lochte first took part in the 2009 Championships held in Rome, Italy at the age of 25, where he later won a number of medals including four gold. Since then, Lochte has gone on to medal 51 times in a variety of major international competitions.

But what has the swimmer been up to since? What happened to Ryan Lochte? Where is he now in 2018? 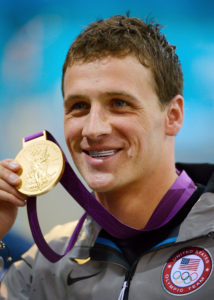 Born on August 3, 1984 in Rochester, York, Ryan Steven Lochte is the child of Steven and Ileana Lochteーthe latter which had worked as a swimming instructor. He is of English, Dutch, German and Cuban descent. Lochte is the middle child out of five siblings and has four younger siblings, two sisters named Megan and Kristin and two brothers named Brandon and Devon. While he spent most of his early childhood along with his siblings in the city of Canandaigua, New York, the family later relocated to Florida due to his father’s work.

Lochte was first taught how to swim by his parents (his mother was also skilled in the sport) at the young age of five; however he later recalled that he used to be kicked out of his father’s swim classes frequently due to his mischievous nature. At the time, Lochte seemed to gravitate towards the land sports of skateboarding and basketball; it wouldn’t be until his loss in swimming at the 1998 Junior Olympics that he would begin to take the sport seriously.

After graduating from Spruce Creek High School in 2002, Lochte enrolled at the University of Florida where he majored in sport management; he later graduated in 2007. During his time as a student, he was a member of the Florida Gators swimming and diving program and had swam for the team in National Collegiate Athletic Association and Southeastern Conference competitions, from which he later won countless medals. Besides being a seven time NCAA champion and a seven time SEC champion, he was also named as the NCAA Swimmer of the Year two times. In 2006, Lochte participated in the NCAA Men’s Swimming and Diving Championships during his last year in university and won national titles in all three of his swim events. He was also successful in setting American records for the 200 yd medley and the 200 yd backstroke. 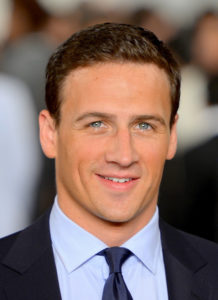 Lochte met the qualifications for his first ever Olympic games at the age of 20 after having finished second at the 200 metre individual medley event at the U.S. Team Trials. At the 2004 Olympics held in Athens, Lochte and the rest of his teammates eventually found themselves against the Australian Swim Team for the 4×200 metre freestyle relayーwho were the previous champions of the event. As a surprise to many, the USA team eventually captured the gold metal, making it Australia’s first loss in six years. At the 200 metre individual medley event, Lochte was also successful in winning the silver medal, behind Michael Phelphs, after having narrowly beat swimmers Laszlo Cseh and George Bovell.

Four years later, Lochte once again qualified for the three individual swimming events at the 2008 Summer Olympics held in Beijing after having buzzed through the U.S. Team trials. On the first day of the competition, the swimmer went up against Phelps in the 400 metre individual medley and eventually ranked secondーthough both Lochte and Phelps had beat Phelp’s world record from the previous years. Lochte later finished third at the 200 metre freestyle event, after Vanderkaay and Phelps. Shortly afterwards, he competed in the 100 metre backstroke final and ranked third, finishing after competitors Matt Grevers and Aaron Peirsol. Representing the U.S., Lochte ultimately took home four metals at the gamesーtwo gold and two bronze.

The next Olympic games that the athlete took part in was the 2012 Summer Olympics in London; Lochte had qualified for the games after ranking first for the 200 metre backstroke and 400 metre individual medley events. During the competition, Lochte participated in the 400 metre individual medley and eventually finished first, marking his first victory against fellow swimmer and record holder, Michael Phelps. Competing alongside his relay team, Lochte then won second at the 4×100 metre freestyle relay event, having lost out narrowly to the French team. Although he did not medal at the subsequent 200 metre freestyle race, Lochte later brought home the gold once again at the 4×200 metre freestyle event with his relay team. He then finished with another bronze medal in the 200 metre backstroke and (half an hour later) a silver medal at the 200 metre individual medley events; in total, winning two golds, two silvers and a bronze for the U.S.A.

This year, Lochte qualified for two events at the 2016 Rio Olympic gamesーthe 4×200 metre freestyle relay race and the 200 metre individual medley event. During his first event at the competition, the 4×200 metre freestyle relay, he successfully finished first earning him the title of being the second most decorated male Olympian in the history of the games (after Phelps). However despite the hopeful start, he later finished fifth in the 200 metre individual medley event with no medal.

Ryan Lochte at the World Championships 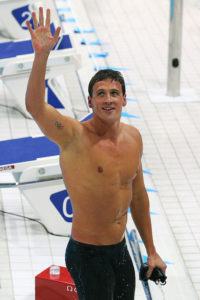 Besides the Olympic games, Lochte is also no stranger to the World Aquatic Championshipsーa competition for aquatic sports held every two years. He first competed at the 2009 Championships which took place in Rome and have since gone on to participate at the 2011, 2013 and 2013 games.

Lochte later returned to the World Championships during the 2011 season, which was held in Shanghai. Having undergone intense training since the last games, he took home five gold medals (200 metre individual medley, 200 metre backstroke, 4×200 metre freestyle relay, 400 metre individual medley)ーone more than the four which he won at the 2009 Championships. Besides the obvious wins, he also won a bronze medal (alongside his teammates) in the 4×100 metre freestyle relay, which had actually been his first event at the competition.

After more training, Lochte would then attend the 2013 and 2013 World Championships, held in Barcelona and Kazan respectively. Although he was unable to medal during the 200 metre freestyle event at the 2013 games, he later won a gold medal at the 200 metre individual medley; he would later go on to win another gold meter for the 200 metre backstroke. More recently during his sixth Championships in 2015, Lochte once again set new records when he became the first to win an event four consecutive timesーhaving won the 200 metre individual medley event that year. Along with his relay team, he also brought home two silver medals for the 4×200 and 4×100 metre freestyle relay events. 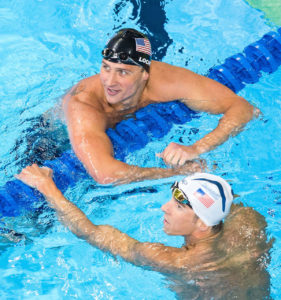 In preparations for his fourth Olympics at Rio this year, Lochte had relocated to Charlotte in order to undergo rigorous training with legendary coach, David Marsh of SwimMAC Carolina fame. According to a recent interview, the athlete swam around nine hours a week and spent close to twenty hours in the pool every weekーwhich averages to a stunning 70,000 meters/week! In addition to to his swimming training, Lochte also undergoes intense workouts at the gym that usually last anywhere from an hour to an hour and a half, multiple times a week. At the 2016 Summer Olympic games in Rio, Lochte qualified for the 400×200 metre freestyle relay and the 200 metre individual medley; he later took home the gold in the formerーbringing his total Olympic medal count to twelve.

But despite his win at the games, an unfortunate news story soon began to unfold regarding a robbery involving Lochte and some other swimmers of the American team, in which they were the victims of. According to a statement given by Lochte, the group was robbed by individuals who were dressed up as armed policemen, after being pulled over in a taxi; the “police officers” were then reported to have taken the swimmers’ money after having pulled out a gun. However, disputes about the story later arose a few days later after individuals claimed the report given by the swimmer to be false; in fact, swimmers Gunnar Bentz and Jack Conger, who were also present at the time of the robbery, had been asked to stay behind in Rio for further investigation (although Lochte himself had already made it back home). The truth behind the incident? We’ll keep you posted.

Want to stay up to date with news surrounding the Olympic swimmer? You can do so by following him on Twitter (@RyanLochte) or Instagram (@ryanlochte)! Also, don’t forget to give his official Facebook page a visit!