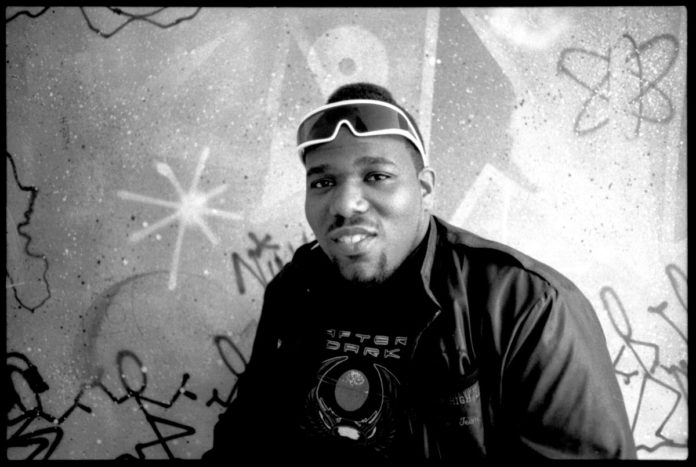 Master of Records, Founder of the Universal Zulu Nation, Father of Hip-Hop, and even Black Spades Warlord, the man known as Afrika Bambaataa has been many things since his emergence from his home turf in The Bronx in the late 1970’s. But what has he been up to recently? Here, we will take a look at what happened to Afrika Bambaataa as of 2016.

Before being credited by some of the most stalwart traditionalists of the rap scene as the “Amen Ra of Hip-Hop”, Afrika was born in the The Bronx of New York as Kevin Donovan. Raised by Carribean immigrants, Kevin found himself latching onto the Black Liberation movements prevalent in his neighborhood, as well as the extensive music collection of his mother, who supported both his educational and musical endeavors. In his teens, Kevin joined a New York street gang, the Black Spades. Unlike many gangs in the past of New York, the Black Spades, while still a violent organization to keep territory and keep out threats, were also involved in anti-drug movements and bringing community services to the projects of the Bronx. Before long, Kevin had become an upper member, a “Warlord” of the Black Spades, and constructed relationships with neighboring gangs to bargain for both peace between groups and sharing of community resources. This diplomatic approach would lead to the Black Spades becoming one of New York’s biggest gangs.

During his time in the Black Spades, Kevin also participated in an essay contest that would lead him on a voyage to Africa. During this trip, he visited a group of communities and began to notice the cooperativity between them as a means of survival. He would also soonafter view the film Zulu and as a result of both the trip and the film, changed his name to the moniker of Afrika Bambaataa. While telling others that the name meant “compassionate leader”, it is likely he took the name from Mbata Bhambatha, a Zulu amaZondi clan leader who headed an uprising against what were considered unfair taxes (Ukhandampondo being the informal name of them), which would provide inspiration for his later organizations, among them the Universal Zulu Nation.

Rise of the Zulu Nation

After his return from Africa, Bambaataa would begin expanding from taking music as a hobby to a means of community development, and cultural phenomenon. To further his own exploration of music as well as to improve his community, Bambaataa soon convinced fellow Black Spades members to put aside violence to instead become members of the Universal Zulu Nation, a collective for creativity, expressionism and community awareness. From that point, Afrika was able to get some loaned equipment from Disco King Mario (a DJ whom Afrika had studied under) and began hosting large block parties.

Among one of the many fruits of these block parties was the term Hip-Hop itself, which is credited to both Afrika Bimbaataa and Cowboy of Flash and the Furious Five, depending on the report. By 1981, due to both his expanding skill and the recognition of the power of the artistic collective he helped create, Bimbaataa had his first break at fame. Instead of performing at nightclubs around New York’s projects as he had become accustomed to, his signature energizing flow instead found itself in the New Wave and Electrofunk clubs of downtown Manhattan. Though the venues may have changed for Bambaataa, his popularity continued on its upward course; More than once his performances would need to be moved to facilities that could handle the larger crowds his music would draw. Despite already having been signed to Warner Brothers Records since 1981 (though with very limited success) Bimbaataa’s true chance occurred when fellow artist Fab Five Freddy helped introduce him to John Robie, a prominent keyboard player, and the pair eventually released the single Planet Rock, which indeed rocked the charts.

After the hit single Bambaataa was invited to perform in Europe’s first ever Hip-Hop Tour, which included associated acts that covered nearly every aspect of the urban Hip-Hop lifestyle as well as presenting the world with what would be later called the Five Elements of Hip-Hop. This would be start of a long run of tours for Afrika, mixing Hip-Hop, Electrofunk and politics. One of the most charged of these political tours spawned a superstar studded album called Sun City, whose premise was that of an Anti-apartheid stance. This album would see great success worldwide, and would cement a relationship between the Unified Zulu Nation and the African National Congress of South Africa, which would last for decades. Such relationships, alongside his community and unity based missions would land Bimbaataa among the ranks of the most important figures of the 20th century according to Time Magazine in 1990.

While Bambaataa continued to rap and produce music from 1990 until 2006, many of the singles and records never quite reached the same level of acclaim as his earliest works. This certainly did not hurt Bambaataa’s title as the father of the art, nor him from constructively influencing the art form. After helping judge the Independent Music Awards in 2007 as a means of helping start-up artists, Bambaataa was himself rewarded a nomination to the Rock and Roll Hall of Fame. Some four years later, he would get a significantly more academic leaning offer, to be a visiting scholar of Cornell University for three years, where he helped curate the University Library Hip-Hop collection.

As of 2016 however, a very grim shadow has fallen on both the legacy and the man himself. In April 2016, new allegations emerged against Afrika Bambaataa that in 1980, he had molested four men, including Ronald Savage, who at the time was 15. While there has not been a direct admission of guilt or a conviction in regards to these charges, after initially defending him, the Unified Zulu Nation apologized to the victims, and separated themselves as an organization from the founder. Bambaataa has since under the advisement of his lawyer dismissed these accusations as attempts to tarnish his legacy as a hip-hop icon. The outcome of these charges and the eventual trial will certainly be a cornerstone moment on to whether this creator of Hip-Hop will be remembered as a hero, or a criminal.