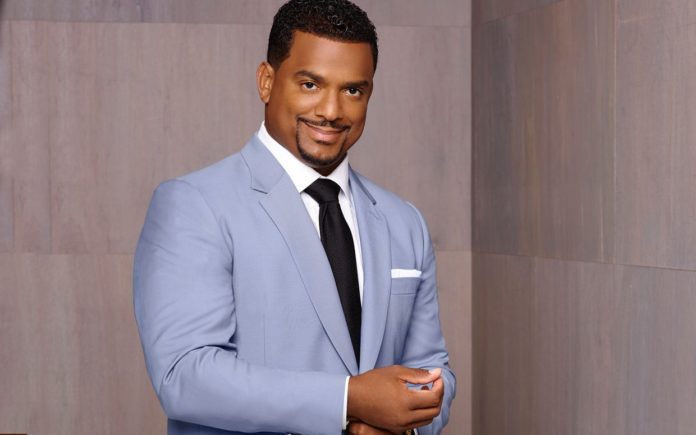 Alfonso Ribeiro is an actor most well-known for his work as Carlton Banks on the 1990’s NBC sitcom The Fresh Prince of Bel-Air. The program, airing between 1990 and 1996, featured Ribeiro prominently, and he attained a bit of a following for his performance. Once the show ended, however, Alfonso’s career branched off into different aspects of television. What could this multi-talented actor be doing today? In this article, I’ll talk about Alfonso Ribeiro’s rise to fame, and I’ll also provide a brief update as to what he is currently doing in 2016. 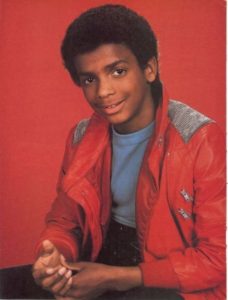 Alfonso Ribeiro was born in New York, New York in September of 1971. Growing up in such a large city, it only makes sense that he would attain an interest in the entertainment industry at an early age. When he was just twelve years old, Alfonso had earned himself the lead role in the musical The Tap Dance Kid, a musical based on the novel Nobody’s Family is Going to Change by Louise Fitzhugh. Although reviews for the overall production were mixed, critics praised the child actor’s performance. The performance ended up getting him an Outer Critics Circle Award nomination for Best Performance. Ribeiro didn’t actually end up winning this award, but he had successfully placed himself on the map as a serious actor. This positive buzz would help him to net many more roles in the future.

As it turns out, “the future” was much sooner than you might expect. In 1984, Alfonso was cast as a main cast member for the NBC sitcom Silver Spoons, where he played the main character’s hip best friend. (Silver Spoons is also well-known for hosting one of Jason Bateman’s first ever major television roles.) While he worked on this show, Ribeiro also looked to diversify his portfolio by doing all kinds of different gigs. In 1984, he danced in a Pepsi commercial alongside Michael Jackson. In 1985, he authored a dance instruction book entitled Alfonso’s Breakin’ & Poppin’ Book. In 1986, he even released a rap single called “Time Bomb” under the name ALFONSO. The young man was doing everything that he could to get his name out there, but his breakout role wouldn’t come to him until 1990. 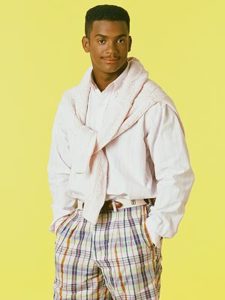 Arguably his most popular and successful role, Alfonso Ribeiro’s career has been defined by his portrayal of Carlton Banks in The Fresh Prince of Bel-Air. Alfonso starred alongside Will Smith, the main character of the program. Carlton served as Will’s foil, as a young man who was responsible, naive, vain, dorky, and a little narrow-minded. Although Alfonso’s character wasn’t quite as popular as Will’s, Carlton is arguably the most recognizable and iconic character to have emerged from The Fresh Prince. Ribeiro’s performance was praised as being equal parts comedic and heartfelt, and even today Carlton Banks is sincerely beloved by fans of the program. Ribeiro remained with the program through its completion in 1996, and in that same year he won an Image Award for Outstanding Actor in a Comedy Series.

The Fresh Prince of Bel-Air was undoubtedly one of the more culturally iconic television shows to come from this decade, and once it had following its sixth season, the country mourned for its loss. Meanwhile, Alfonso Ribeiro was determined to ensure that he was not a one-hit wonder. He wasn’t too keen on the idea of always only being known for his portrayal of a preppy snob in a sitcom. In 1996, he was brought on as a main caster member for the NBC sitcom In the House as Dr. Maxwell Stanton. He came aboard the program during its third season, and he stuck with it through its cancellation in 1999. Although he was well-received in this role, it was nowhere near as popular or as famous as his work as Carlton Banks. To many, it seemed as though the Alfonso Ribeiro ship has sailed — he would never be able to top his previous work. 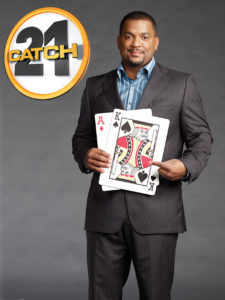 That didn’t seem to deter him, though. In the years that followed, Alfonso made several different appearances on a variety of different television programs. In 2005, he had a supporting role in the made-for-TV movie Love Wrecked. In 2008, he served as the host for the game show Catch 21 on the Game Show network, a role that he would reprise through 2011. In 2013, he participated in the British competitive reality television program I’m a Celebrity…Get Me Out of Here. Most notably, in 2014, he ended up winning season 19 of the popular American competitive reality television program Dancing with the Stars. In 2015, he was announced as Tom Bergeron’s successor in his long-held position of host for the ABC reality show America’s Funniest Home Videos. This would make Alfonso the first African-American to ever host the long-running program. That’s all well and good, but what is it that Alfonso Ribeiro is doing in 2016? Is he still in television? Is he looking to grow his career in some other field? Let’s take a look.

Alfonso Ribeiro first began hosting television shows in 2008 with Catch 21, and it looks like he’s caught the hosting bug. Today, he continues to regularly host and narrate America’s Funniest Home Videos, as well as the Cooking Channel series Unwrapped 2.0. His work on both programs has been well-praised, and ever since his work in Catch 21, Alfonso has been considered to be a very capable and entertaining show runner. Outside of those hosting duties, it’s all worth noting that Alfonso has recently gotten himself back into the sitcom business. He has been credited as a director in the Disney sitcom K.C. Undercover since 2015. Two of his episodes, “The Truth Hurts” and “Accidents Will Happen” both aired earlier this spring. Given the success that he has sustained through his career thus far, I think that it’s safe to say that Alfonso Ribeiro will probably continue to work in show business for the foreseeable future.