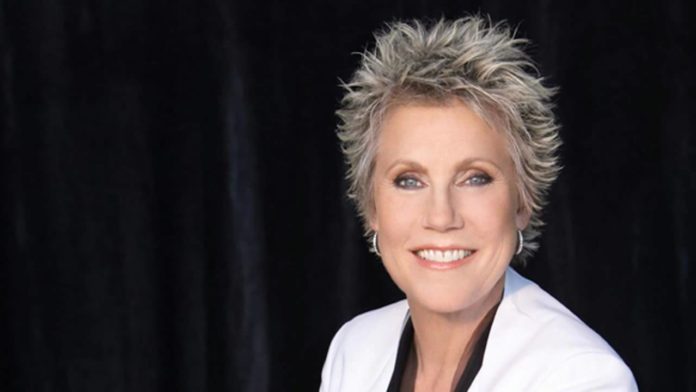 Canadian singer Anne Murray has charmed millions with her voice since her debut in the late 1960’s. Having expressed an interest in music early on in her life, Murray played the piano for many years before taking up singing at the age of fifteen. Never deviating too far from her passion, she continued to showcase her vocals throughout the next few years. Wanting to make herself known, Murray auditioned for a part in a CBC musical variety show in 1967; although she didn’t get the originally part, it eventually landed her with another role. In between teaching (she was a high school instructor) and music, Murray was soon offered a spot on the TV series, Singalong Jubilee; little did she know at the time, that it would eventually lead her to ultimately landing a recording deal with Arc Records.

At the age of twenty three, Murray released her debut album, What About Me. Since then, she has become one of the most recognized Canadian idols, with over thirty studio albums and seventy singles releases under her belt. A member of the Nashville Country Music Hall of Fame, she has received numerous recognitions and awards over the years including twenty four Juno Awards, four Country Music Association Awards, three American Music Awards, seventeen RPM Big Country Awards and four Grammy Awards, amongst a list of others. Ranked by Billboard to be one of the “50 Biggest Adult Contemporary Artists Ever”, Murray has also been honoured with a star on the prestigious Hollywood Walk of Fame and with another on the Canadian Walk of Fame. To date, she has sold over 55,000,000 records across the world.

Besides her accomplishments in music, the Canadian star has also acted on the side throughout her multi-decade career (although her filmography isn’t quite as extensive as her discography). She first appeared on television in the 1968 series, The Wayne & Shuster Comedy Special at the age of twenty three. From there, her next appearance on the small screen wasn’t until the 1980’s when she guest starred in the TV movies Ernie Kovacs: Between the Laughter (1984) and Anatomy of an Illness (1984). Fast forward to the late 90’s, Murray also appeared briefly in the Canadian series, Royal Canadian Air force (1997). In 2013, the singer also made a special guest appearance in the popular animated cartoon, Family Guy.

So what has the Canadian pop star been occupying herself with as of late? Is she still recording music? If not, what other endeavours have she taken on? What happened to Anne Murray? Where is she now in 2018? 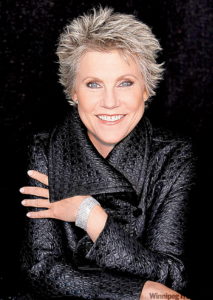 Born on June 20, 1945, in Springhill, Nova Scotia, Morna Anne Murray is the daughter of Marion Margaret, a registered nurse and James Carson Murray, a physician. Growing up in the small coal mining community of Springhill with her five brothers, Murray developed an interest in music early on as a young girlーan interest which later prompted her to take up the piano. By the time she was fifteen, she began to take voice lessons every Saturday in the neighbouring village of Tatamagouche. She had her first major onstage performance at her high school graduation ceremony in 1962, where she sang a rendition of Ave Maria.

After graduating from high school, Murray attended Mount Saint Vincent University briefly, before transferring to the University of New Brunswick located in Fredericton, where she later graduated from with a degree in Physical Education in 1966. During her time as a student there, she took part in in a handful of small singing projects; with encouragement from her friends, she eventually found herself auditioning for Singalong Jubilee, a CBS musical variety show. While she did not get the original role that she was after, Murray was later given a different part after a second auditionーone which led her to sing in a number of venues over the summer. Following her college graduation, she set off to teach at a high school in the city of Summerside. After only a year at the school however, she was offered a position on the television series Let’s Go; she later also returned to the cast of Singalong Jubilee. Now a regular member on the show, Murray was soon approached by the series’ director regarding the recording of a solo studio album. 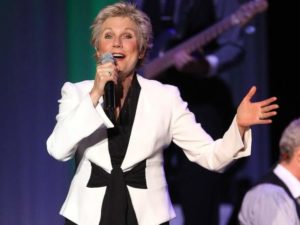 In 1968, Murray finally released her debut album entitled, What About Me under Arc Recordsーthe same label with whom she had released a number of Singalong Jubilee soundtracks with previously. Produced with the help of Brian Ahern, the album saw eleven country tracks including a cover of Joni Mitchell’s Both Sides Now. Although What About Me did not achieve overnight fame nor chart in her native Canada, its title track was a sizeable hit on the radio.

The next year, the singer released her second full-length album, This Is My Way after signing a new deal with Capitol Records. A moderate success, it was her first record to chart in Canada, where it secured the number thirteen position on the Canadian RPM Top Albums Chart. This Is My Way was also responsible for spawning eventual hit, Snowbird. Often referred to as the song which launched Murray’s singing career, it took the number two position on the Canadian Pop Chart and also topped the Country and Adult Contemporary Charts in the country. Snowbird was also warmly received in the US where it reached number eight on the Billboard Hot 100. For her work on the single, Murray became the first female solo artist to ever achieve a RIAA Gold Certified album.

Murray’s next major album was released in the Spring of 1978. Entitled, Let’s Keep It That Way, it marked the singer’s return into the top ten on multiple Canadian Chartsーnot only did it peak at number one on the Canadian Country Chart, but it also topped the Canadian RPM Chart. Her third Music Canada certified album, Let’s Keep It That Way also proved to be a hit in the United States where it secured the second and twelfth spots on the US Country and Billboard 200 Charts respectively. Possibly the best-performing album of Murray’s career, it consisted of ten tracks, one of which was Walk Right Backーa cover of Everly Brothers’ 1961 single. Certified 2x Platinum by Music Canada, the album was also Murray’s first record to receive certification status in the United States.

The following year, Murray released her thirtieth studio album, New Kind of Feeling in January 1979. Regarded by critics to be a strong follow up to her last, it spawned numerous hits including I Just Fall in Love Again and Shadows in the Moonlightーboth of which became chart toppers in Canada. One of the artist’s biggest albums in her career, New Kind of Feeling was met with similar success compared to that of Let’s Keep It That Way, in that it also reached number one on the Canadian Country Chart. Some of the other songs from its track list include You’ve Got What It Takes, Take This Heart, For No reason at All, Raining in My Heart and Heaven is Here. The album has since achieved Platinum status in both her native Canada and in the United States. 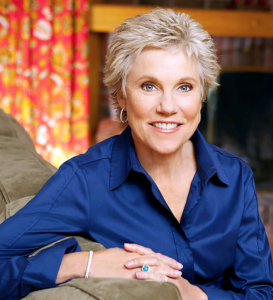 After another Platinum certified album in October 1979, Murray released her second Canadian Gold album, Somebody’s Waiting in March 1980ー it would be her last album to reach number one on the Top Country Albums Chart until 1993. Produced by American musician Jim Ed Norman, the album showcased ten country songs including Lucky Me, What’s Forever For and I’m Happy Just to Dance With You, all of which were eventually released as singles.

While Somebody’s Waiting climbed up to number thirty-two on the RPM Chart, it fared slightly worse in the US, having settled at number eighty-eight on the Billboard 200. To date, the album has sold over 50,000 in Canada.

Carrying on with her career through the next few decades, Murray continued to work endlessly at the studio putting forth a slew of albums out for her fans. Some of her more noteworthy albums produced during the 80’s and 90’s include Where Do You Go When You Dream (1981), A Little Good News (1983), Something to Talk About (1986), Croonin’ (1993), Anne Murray (1996) and What a Wonderful World (1999).

In the 2000’s, Murray released Country Croonin’ (2002) and I’ll Be Seeing You (2004), the former being the more popular of the two, having ranked at number thirteen on the US Country Albums Chart. Most recently, the singer released Duets: Friends & Legends in 2007 and the holiday album, Icon: Christmas in September 2014. 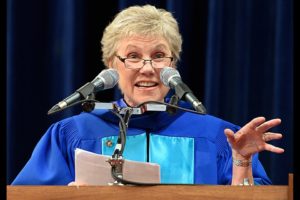 This spring, the singer made the headlines, however it really didn’t have all that much to do with music. On May 20, 2016, Murray was one of three women to receive an Honorary Degree at Mount Saint Vincent University’s convocation ceremony. A heart touching moment for the the Springhill Native who was once a student at the institution many decades ago, the event also honoured fellow recipients Sheelagh Whittaker and Maude Barlow. When asked about her time at the university back in the 1960’s, Murray grinned and told the audience that “it was a beautiful set up and that [she] really enjoyed it.” However considering the amount of time which has passed since she first roamed the halls as a student, its inevitable that many things around the college have changedーsomething which the Canadian star also acknowledged in her speech. For Murray, it was truly “an honour to be back.”

Often regarded as a Canadian treasure, receiving honorary degrees isn’t the only thing that’s on Murray’s agenda. This July, she returned to her hometown of Springhill for the 27th anniversary celebration of the Anne Murray Centerーa local nonprofit organization which helps to find employment for local residents; originally established back in 1989, it has helped put thousands of individuals back on their feet throughout the years. While she was back in Nova Scotia (she currently resides in Toronto), the now 71 year old also took part in a couple of meet and green events with fans; a VIP luncheon was even set up for fans who had wanted a bit more personal time with the star.