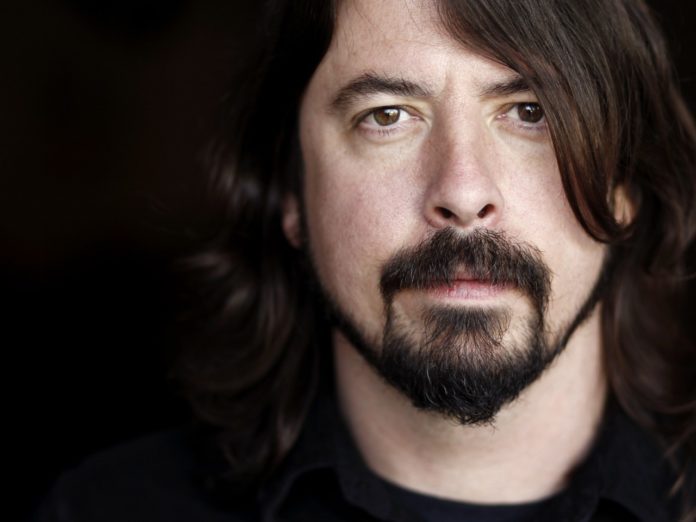 One of the biggest names of the Grunge scene, David Grohl has grown to be a global superstar as a drummer, guitar player and singer. Despite never once learning how to read or write music, Grohl has come up with the melodies and lyrics that have been instant classics. Here, we take a look at how he climbed the charts and became such a legend, and also what Dave Grohl is up to in 2016.

Born in Warren Ohio on January 14, 1969 to a schoolteacher and a newswriter, David Eric Grohl was more or less born with a talent for music. By the time Dave had reached the age of 12, he had already a great grasp on how to play the guitar, learning for the most part on his own. Within a year, he would begin forming bands with friends and on a summer trip to relatives was introduced to punk rock. This would be a turning point for Grohl, as his musical endeavors would be oriented toward more punk (and eventually grunge) from then on. He would end up moving around and switching schools a lot as a child, partly due to an interest in marijuana, which he would end up giving up at age 20 alongside other drugs.

While still in high school, he would join a band called Freak Baby, where he would teach himself to play drums alongside his already considerable guitar skills. This would aid him greatly in his first role in a major band. By the age of 17, Grohl would join the band Scream, which had been a popular act in the Washington D.C. area. Given the touring nature of the band (including tour dates in Europe) Dave decided his best option was to drop out of school and perform with the band. He would go on to help write two albums for the band, “No More Censorship” and “Fumble”.

Unfortunately for Grohl at the time, Scream would end up breaking up mid tour, as their bassist received another offer and took a position on The Four Horsemen. This could have easily been the end of the road for his musical career, and sent him into a period of uncertainty. Luckily, during the tour he had met with a punk band named The Melvins, who in turn knew Kurt Cobain, and got Grohl an invitation to join the Nirvana in Seattle. Soon after he joined Nirvana and moved to Seattle (settling in at Cobain’s place for a while), the band would start making major moves in the music industry. By 1991, their Album “Nevermind” with the single “Smells Like Teen Spirit” would be an MTV darling, and the album would sell more than 4 million copies. Considered a team effort in every sense of the words, Cobain, Grohl and Novoselic would jointly take credit in writing both lyrics and music for the album.

The team would continue to write and record music in an impassioned manner, often finding excitement and inspiration from one another’s works. In fact, it was reported that while on tour later in 1991, Grohl (who began work on singles that would not be released until he would form the Foo Fighters some years later) presented Cobain with a demo of “Alone + Easy Target”. After listening to it, Cobain outright kissed Grohl, exclaiming that he would no longer have to be the lyricist of the band.

This success would prompt a schedule of touring and recording that would be taxing to the entire band, especially for Cobain, who had by this time started heavily abusing drugs. Grohl would use this stress as inspiration to make a small solo project called “Pocketwatch” that while good critically, didn’t quite gain commercial success. Shortly after the release of “In Utero”, Cobain would attempt suicide while in Europe on tour in March, and succeed at his home a month later.

After the death of Cobain, Grohl would take the better part of 6 months to mourn his friend, and evaluate his future. By October 1994, he would take some of the singles and record them (playing nearly every instrument and vocal track) yet again, releasing them to make the debut demo of the Foo Fighters.

While this did create a considerable amount of buzz for the Foo Fighters, Grohl would temporarily put the project on hold to explore his options of playing drummer for other bands such as Pearl Jam and Tom Petty and the Heartbreakers.

Soon though, Grohl would discover that creating the Foo Fighters as a band, and not just a solo project, was his best option. Recruiting from some of the remaining members of Nirvana, as well as Sunny Day Real Estate, Grohl would have the demo mixed and set it out as a debut album, which would spark yet another tour season that would last over a year.

By 1997, the Foo Fighters would see yet another jump in fame with “The Colour and the Shape” which included the songs “Everlong” and “My Hero” which both see regular radio play to this day. After this release, Grohl’s band life would come full circle, replacing out band mate Smear with one of his bandmates from Scream, Franz Stahl.

The next ten years would include 4 more album releases, which would make this level of popularity for the band fairly stable. Touring would become ever more common in Grohl’s life, making it sometimes hard to find time to get back home to Seattle or Los Angeles and spend time with his family. That being said, he was always reported to be a devoted father and husband to Jordyn Blum, a television producer.

In 2007, the Foo Fighters would outdo themselves again with the release of “Echoes, Silence, Patience and Grace” which would be a fusion of styles as varied as the band members, and would allow for a four year break until their next album release in 2011.

With the release of “Wasting Light” rumors came of a hiatus for the band, which were quickly disproven as yet another album“Sonic Highways” was released some three years later. Though there were with plenty of other projects going on for Grohl at the time (including playing Satan in Tenacious D and the Pick of Destiny, a spot on the supergroup Them Crooked Vultures and even cover for Cage The Elephant’s drummer due to medical issues), he would remain present for plenty of festivals where the Foo Fighters were to perform.

As of 2015, while things have been arguably great for the band, Grohl has encountered some level of issue. In a June 2015 concert in Gothenburg, Sweden, Grohl fell off stage and broke his leg. This would not stop the lead for only a few moments though, as he would quickly get his leg casted and finish the performance to the crowd, gaining himself even greater acclaim as a performer. The broken leg would continue to be a slight problem though, requiring the invention of a customized “throne” for Grohl to perform in, and promoters (as well as bandmates) jokingly referring to the rest of the tour as the “Broken Leg Tour”. While most of the news of this issue was in good fun, a lawsuit as a result of funds due to the cancelled appearances in London have just been settled as of October 2016. While the legal representation for the Foo Fighters have claimed to deserve some recompense as a result of both the broken leg and for cancelling dates due to the Paris attacks from their insurance company, a judge has ruled against them and required no payment be given.

While this has certainly been a bit of financial hit, neither Grohl nor the other members seem to allow this to slow them down. In fact, in 2016, Grohl is planning to work with Butch Vig (the producer of both “Nevermind” by Nirvana and “Sonic Highways” by the current band) on a secret project, which we will likely learn more about in the coming year. If the past has anything to say about such projects coming from Grohl, it’s certainly something to get excited about.