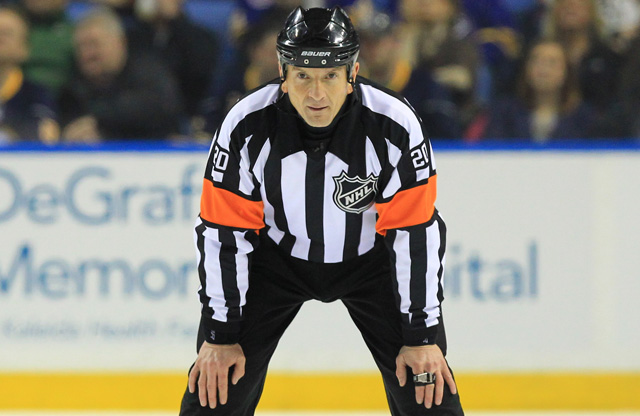 There is no one single NHL ref that makes the most, as NHL refs are paid based on seniority and depending upon which position they ref. This is because they are not contracted with teams and can negotiate their salaries. NHL refs and all sporting refs are contracted with the sporting league, so their salaries are fixed and can only fluctuate based upon the length of time they have been reffing for. Historically, NHL refs have always been way above the pay mark than other referees for professional sports. I bet you didn’t know that most NFL refs also have another job that they work that probably pay more than the referee job.

So the question then becomes, how much do NHL referees actually make? 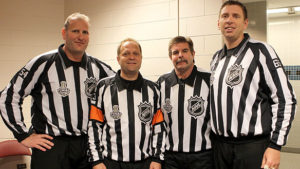 Well, the answer isn’t so simple. The range on the salary of the typical NHL ref was from $115,000 to $255,000 with the upper end of the range being senior refs who have worked in the league for 10 plus years. If you want to break this down, on average, an NHL ref is making about $1700 per game that they ref. That is a nice chunk of change to do something that most of them have been doing their entire lives. Keep in mind that being an NHL ref is no easy task. There is a reason that they make the most money in the industry, and that’s partly because of the force that these guys exert and the risk of being injured with every game.

There are also two different types of referees that you should consider when thinking about the salary of them. There are linesmen, which are basically the assistants to the refs, and there are full on referees. Linesman make about $80,000 to $120,000 per season, and again, this highly depends on the seniority of the linesman and how skillful they are.

Now, if a ref or linesman are picked to work during the playoffs, that will also lead to them earning that much more money. Typically, a referee will make $18,000 per round of the playoffs that they ref. One round will usually be about 2-3 games for that ref, depending upon which region they referee in. This is a pretty big chunk of change to be doing your job for a month or two longer than you usually would.

There is also another thing that can contribute to a ref’s salary, and that is other events that they can do. For example, when working in the Olympics, a ref can make $20,000 just for working the entire event. Though, not most refs will be picked to do these events, so when they are it is more for prestige rather than the money. There are other events that have potential for refs, and those are world cup finals and junior hockey finals.

Obviously, if you are hoping to be an NHL ref, it takes a lot of effort to get into. Typically, there is a long waiting list to get into the NHL, especially for the ref position, as there are only a certain number of refs needed at any given time. Usually, an up and coming ref will have to wait 5-6 years before they can even apply to get a spot in the NHL as a ref. With the average length of a career for a ref being 20 years, you can see why it is only once in a while that a new ref can join the game. 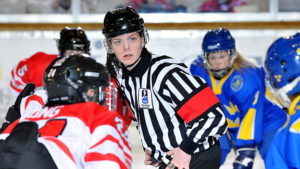 If you were curious about how an NHL ref’s salary compares to other sports, well you’re in luck. The number we’re going to be looking at is the per game wage. A typical NHL ref will ref around 85 games in a season, which is part of the reason why their average salary is so high. The typical umpire will earn about $2500 per game, which brings their yearly wage to about $150,000 in a year. That definitely rivals an NHL ref, but the higher end is definitely in favor of the NHL refs.

As you can see, if you are interested in the world of refereeing and want to get into it, the obvious choice is NHL. Although this requires a lot of work and obvious has a lot of risk that comes with it. I definitely think that NHL refs are the only refs that really earn their paycheck as they are skating the entire game and are constantly having to deal with fights and other player to player controversies. And like all the other sports, there are no specific refs that are making a lot of money, the seasoned and veterans are obviously the ones that are making the most.