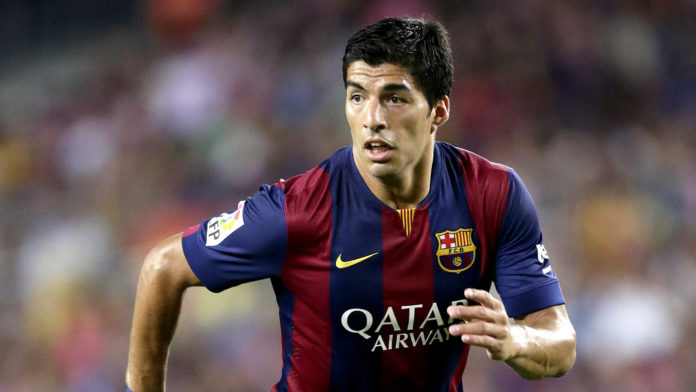 Luis Suarez is a skilled football player whose lengthy career is composed of both impressive feats and controversies. Being one of the best players in the world, Suarez is without a doubt a star worth a million dollars. With his wealth Suarez has not forgotten to give back to the needy with his charitable endeavors.

Read on and find out more about his climb to success and fortune.

How did Luis Suarez make his money & wealth?

Luis Alberto Suarez Diaz was born in Salto, Uruguay, on January 24, 1987. At four years of age Suarez was already playing football and had already learned how to run fast while handling a ball. In 1994 the entire family relocated to the city of Montevideo where Suarez began his studies, and it was here in the streets of the Uruguayan capital where Suarez sharpened his football skills.

Two years later his parents split and Suarez and his six brothers were taken care of by their mother who struggled to make ends meet. Suarez steadily developed his skills in the game while at the same time he swept streets to earn money. At the age of 11, was invited aboard an elite team youth camp in Argentina although he was unable to join due to financial problems. Luckily he was selected to join the youth team of Nacional de Football in 2001 and Suarez’s talents allowed him to quickly climb up the ranks.  As Suarez was entering his teenage years he found himself becoming more rebellious, lazy, and drunk. He was put back on track by his girlfriend Sofia Balbi and by the ultimatum his coach gave him.

Suarez had his debut in May 2005 during the annual competition Copa Libertadores, and through 2006 he scored a dozen goals and 29 appearances. Dutch football club Groningen caught wind of Suarez’s capabilities and offered him a place in their squad. The player immediately grabbed the offer as it was also a way for him to be close to Balbi who now lived in Barcelona, and this cost Groningen $898,000. His performance in the club was commendable but Suarez was plagued by disciplinary problems. In August 2007 Suarez was bought by Ajax, another Dutch football club, for $8.4 million and he stayed there for four years with 111 goals and a couple of suspensions for various offenses.

Liverpool obtained Suarez in January 2011 for $29.7 million. He received accolades during his career in the football club and was part of many important victories. Suarez was also served fines and suspensions for his controversies during this. He moved to Barcelona in July 2014 for $92.4 million but his debut came a month later after being immediately suspended for yet another biting incident. His tenure in Barcelona will last up to 2019 and so far his performance in the club is impressive.

Suarez has scored sponsorship deals with Adidas and poker network 888poker, although the latter opted out of the deal after the biting incident last June 2014. He’s also made appearances on advertisements of Beats by Dre, Pepsi, fund company Abitab, and appliances brand Beko. Endorsement deals help bring in around $5 million more into Suarez’s pocket. He also published the autobiography Crossing the Line in November 2014.

Suarez owns a mansion in Montevideo, Uruguay. It is protected by a 14 foot wall lined with electric fencing, CCTV cameras, and with guard dogs patrolling the yard.

In December 2013 Suarez was awarded with the “Player of the Year” award by the Football Supporters’ Federation. He had the sponsors donate the $13 thousand prize money to the Teleton Foundation, a charity in Uruguay that helps children with neuromuscular disorders.

During the same year Suarez and fellow footballer Steven Gerrard attended a dinner which was hosted by the Liverpool Disabled Supporters Association. Their presence helped bring about a lot of smiling faces from thrilled fans during that night.

Before 2014 ended Suarez donated a large number of Christmas baskets containing food and drinks to children at Hospital Pereira Rossell in Montevideo.

Suarez was among the players who participated in the charity match of the Liverpool FC Foundation in March 2015. The game raised $1 million which was donated to the foundation as funds for the many causes it supports.

Suarez and Balbi are both active members of the Perez Scremini Foundation which is based in Uruguay. The foundation focuses on fighting children’s cancer. The pair is addressed as “godparents” in the foundation’s website. In May 2015 Suarez surprised a patient named Mateo by appearing on a Skype video call with the boy who was originally informed that he was only having an online consultation with a doctor in Spain. He promised Mateo a signed shirt which Suarez delivered two months later.

In April 2014 Suarez received the “Player of the Year” award from the Professional Footballers’ Association after being nominated for the second time. He is the first recipient of that award who is not a European.

Suarez struck 35 goals during the La Liga season this 2016.This feat makes him the second player in Barcelona’s history to ever hit that number of goals in one season.

Throughout his career in different football clubs Suarez scored 312 goals and 468 appearances, and as part of the Uruguay national team he has 46 goals and 86 appearances. He has a long list of accolades since 2009

Why is Suarez controversial?

Suarez has been linked to numerous controversies in his career. His first was in 2010 during the quarter-final match versus Ghana in the FIFA World Cup. Suarez blocked what could’ve been the winning shot of Ghana with his hands, thus causing a foul. This bought extra time as Ghana had to make a penalty kick which they failed and ultimately it cost them the match itself. Suarez’s action was polarizing as some considered it as cheating while there are those who labeled it as resourcefulness.

In October 2011 Suarez hurled racial slurs towards Patrice Evra which cost him eight games and a $51 thousand fine. The two again met next year where Suarez apparently avoided responding to Evra’s handshake.

Suarez is perhaps notorious for his biting incidents. His first taste was in November 2010 when he sank his teeth into Otman Bakkal’s shoulder. The act not only earned Suarez bans for seven matches, he was also given the moniker “Cannibal of Ajax”. His next victim was Branislav Ivanovic in April 2013 which cost Suarez a ban for ten matches. His latest chomp was in June 2014 when he bit Giorgio Chiellini, and the costly punishment earned Suarez a four-month ban even in training or entering a stadium. He was also slapped with an $85 thousand fine.

Suarez vowed to stop biting players after the incident with Chiellini. In his defense he stated that he only lost his balance that’s why his face hit Chiellini’s shoulder and resulting in the bite. Eventually his ban was changed so that he could train with his teammates and participate in friendly games. Suarez also sought the help of a therapist to finally remedy his impulses.