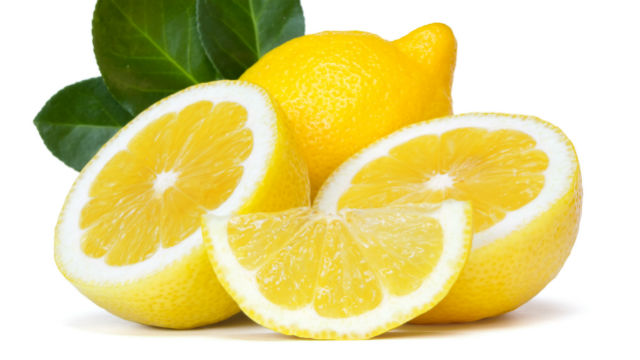 A staple among millions of people waking up in the morning is a steaming hot cup of coffee. Not only it is refreshingly warm, (or cold, if you like iced coffee), it also kicks the nerves awake with a jolt of energy that seemingly gives you enhanced reflexes and mental acuity. Some people even gulp two to three cups throughout the day, and can’t make it through the weekday without sipping a cup of joe.

As with many other things in life, moderation is key when it comes to drinking coffee. Famous as it may be, the drink is not free from side effects when one chugs down a cup too many. Aside from the well-documented cases of caffeine addiction, coffee’s other adverse effects include nervousness, sleeplessness, gastric problems, headache, nausea, and may also lead to irregular heartbeats.

For those who wish to stay clear from coffee’s possible effects, yet can’t start the day without drinking anything other than water, there are natural alternatives that act as ideal substitutes to java. Better yet, these alternatives are packed with many health benefits that will give you more than just a massive boost in energy.

For people who really need caffeine but are steering away from excessive amounts, green tea is a good option as it only has a very minute amount of caffeine. Aside from that, green tea is loaded with antioxidants that minimize cancer risk, Alzheimer’s disease, diabetes, and heart disease. Despite a lower caffeine content, green tea still effectively stimulates the body thanks to its L-theanine content, an amino acid that synergizes with caffeine to give more energy and enhance brain function. For those who don’t actually like the flavor of green tea, a drop of fresh lemon juice can significantly make it more delicious. 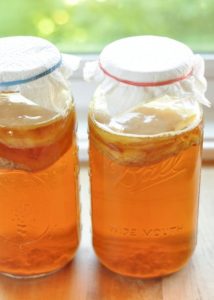 This drink is created through the fermentation of sugar and tea with the use of a symbiotic bacteria and yeast colony, also known as a SCOBY. Kombucha is swimming with probiotics (acetobacter, lactobacillus, gluconacetobacter, and zygosaccharomyces) that work wonders on the digestive system. Also, once fermented, it turns into a carbonated drink with a slew of vitamins and healthy acids that render benefits to the body like detoxification of the liver, enhancement of pancreatic function, and treatment of diseases like diabetes and cancer. The healthy acids improve energy, digestion, immunity, and minimize joint discomfort. Purchasing kombucha from health stores is pretty costly, making it imperative to learn how to make one at home. SCOBY disks are easy to come by nowadays in many health stores, and kombucha recipes are abundant on the internet.

Alternatively known as Peruvian ginseng, maca root has been used as a medicinal herb for almost one thousand years in Bolivia and also in Peru. It was even used by warriors of the Inca civilization to augment their physical capabilities. Its strong taste makes it an ideal mix to other drinks and sweets like chocolate, smoothies, and yogurt. Maca root is packed with minerals such as calcium, iron, magnesium, protein, selenium, and zinc. Regular consumption is linked to a spike in energy, libido, and strength, all without that crashing feeling afterwards. For female consumers, maca boosts fertility and minimizes symptoms experienced during menstruation. A warm cup of chocolate or milk can be perked up with a few teaspoons of maca powder for a truly delicious good morning.

The most famous drink in India now enjoys a global popularity thanks to its incredibly creamy and sweet taste, not to mention its health benefits delivered by its content of herbs and spices like cardamom, cinnamon, ginger, and pepper. These are known for having potent anti-inflammatory and antioxidant properties, Masala chai teabags are widely available in the market for other regions, while chai shops are booming in virtually every part of India. There are masala chai drinks served in Western coffee shops, but many claim it to be inferior as it lacks many vital ingredients that are only present in its original version. 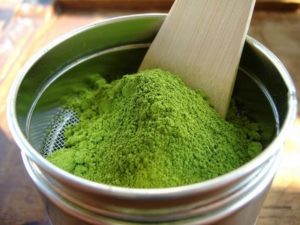 Originating from Japan, matcha is a variant of green tea with a different method of preparation that makes it unique. Green tea leaves are shade grown to slow down its growth, increases chlorophyll, and triggers the production of theanine. Once harvested, the leaves are laid flat for drying, its stems and vines are removed, then grounded into powder that is matcha. Its taste determines its grade, with the sweetest ones being the highest quality matcha, along with other factors like how it was processed, and the location where it was planted and harvested. Preparation of matcha tea isn’t as simple as dunking the powder into a cup of hot water and stirring with a spoon. Instead it requires the right water temperature of 80 degrees celsius, stirring with the use of a bamboo whisk called chasen, and then serving it on a warm ceramic bowl called chawan. For its somewhat complicated method of preparation, a cup of matcha is worth it all thanks to its immense energy boost, both physical and mental, that makes it the perfect beverage prior to meditation, sports, or study. Another incredible benefit is matcha’s antioxidant property, ridding the body of harmful free radicals and repairing damage wrought by it. When shopping for matcha, always look for organic ones to avoid buying powder that’s contaminated with pesticides. Inquire if the product passed agricultural standards from where it was harvested.

A unique alternative to coffee. Chopped or powdered forms of reishi mushroom can be added to a cup of warm water to turn it into an incredibly healthy tea that earned it the moniker lingzhi or “divine mushroom”. Reishi has been part of ancient Chinese medicine that spanned for two thousand years, boasting powerful medical properties that made it exclusive only to the emperors and members of royalty. Nowadays it is well known for stimulating the immune system and fighting off serious medical conditions. It hinders the formation of cancer cells by cutting off blood vessels that provide nourishment to these said cells. Regular consumption of reishi prevents the clumping together of arteries in the vessels that inevitably lead to heart attack and stroke, and it also lowers levels of blood pressure, cholesterol, and blood sugar. Other than these long-term benefits, a morning cup of reishi mushroom invigorates the body and provides it the necessary energy and defenses that will last throughout the day.

Rooibos is a South African plant whose leaves are steeped into an herbal tea. Its has two variants namely red and green, with the latter being a non-oxidized (and the more expensive) version of red rooibos tea, which is more common. Rooibos contains antioxidant flavonoids, does not have any caffeine, and is chock full of minerals like alpha hydroxy, calcium, copper, fluoride, iron, manganese, magnesium, and zinc. Several benefits of this tea include:

Red rooibos has a sweet flavor, while its green counterpart imparts an herbal taste. It is said that the green variant has more potent antioxidants than red rooibos. Regardless, both of them can be served cold or hot, making rooibos an excellent early morning drink to prepare for the day.

Preparation of this alternative is as simple as adding a fresh lemon slice into a cup of warm water. The drink is not only very easy to set up, it is also full of health benefits that make it a very effective substitute for coffee. The concoction does a couple of things to the body:

a.) Lemon has both potassium and vitamin C that helps lower blood pressure and improves the function of the brain and nerves, and the immune system. Don’t forget that it will lead to sharper concentration as well.
b.) The body brings out lemon’s alkalinity once it is consumed, and this leads to an equilibrium of pH levels and elimination of harmful toxins.
c.) Digestion is improved as warm lemon water stimulates movement of food through the gastrointestinal tract. This also improves bowel elimination by minimizing difficulty in passing stool. The drink encourages better production of bile and digestive juices as well.
d.) Pectin, a fiber that aids in weight loss, is found in lemon. A cup a day will surely help those who are trying to shed excess body fat.

Considered as one of nature’s best medicines, wheatgrass has a large amount of both vitamins, minerals, and enzymes that’s double than the amount found in vegetables. The flood of these beneficial contents provide the body with a huge energy boost without the side effects found in caffeine, not to mention the total removal of toxins thanks to the antioxidants present in wheatgrass. Its amino acid content aids in the creation of protein that improves growth and regeneration of cells in the body, making a “shot” of wheatgrass a must for bodybuilders. Best of all, wheatgrass bolsters the immune system with its antibacterial property and rich amounts of chlorophyll. Wheatgrass is served in health juice bars, and it is also possible to grow your own wheatgrass at home by purchasing seeds and sprouting trays. Also, wheatgrass can be prepared either as a hot cup of tea or as a cold glass of juice. 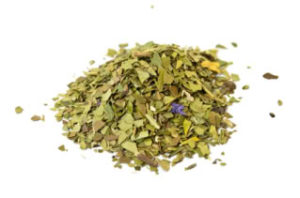 Utilized by the Guarani tribe for over one thousand years for its medicinal and restorative properties, the dried leaves of the yerba mate plant are steeped into a drink that is popular in South America. Yerba mate contains up to 80 milligrams of caffeine in one cup, almost the safe as coffee, and has antioxidant properties along with the ability to reduce cancer and diabetes risk, and stimulate both the body and mind. The caffeine content may be very similar to coffee, but one major difference is that yerba mate soothes and stimulates the nerves instead of crashing it. The plant’s property of being an adaptogenic is responsible for its caffeine’s relaxing effect. However, the high caffeine content may not be ideal for people with high blood pressure levels. It should also be not steeped in boiling water as this is linked to a couple of serious health problems. Yerba mate can be easily found in the shelves of most health stores.