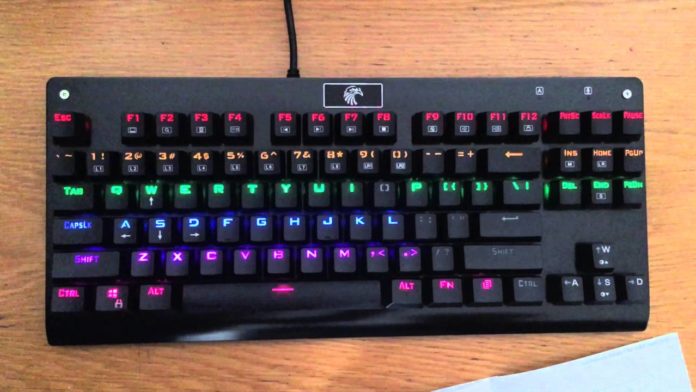 Wired keyboards are a necessary addition to any gamer’s setup. While there are a difference between membrane and mechanical keyboards, the difference is truly marginal, and based on the type of game you are playing, may not even be required. Within the list below are 5 of the top-selling keyboards on both Amazon and Newegg; comparing the list of keyboards on both sites allows for a much more accurate analysis on which keyboards are high-quality and worth the price. Read below to find out more about what some of the best-selling and highest rated keyboards are.

If you are unsure about the mechanical keyboard or want to see why it is a better experience than regular old keyboards, the MechanicalEagle Z-77 is a great entry level keyboard. This keyboard only costs $39.99 from Amazon, and even includes free shipping. This keyboard is a 10-keyless keyboard, which means you lose the entire right side of the keyboard to give it a much more compact form factor. The z-77 is also equipped with blue switches, which give a loud tactile clicking sound to signify that the button has been pressed and a signal has been sent – not great for those who find themselves doing a lot of typing, but fantastic for those who are able to zone out purely on the clicking.

The Z-77 is individually lit, and each key can be designated to glow a specific color thanks to the included software that gives the user greater control over their Z-77. For the price that the Z-77 retails at, this is a sure deal for anyone who wants a mechanical keyboard experience but does not want to pay the mechanical keyboard price.

The Razer Blackwidow may be a staple of any gamer’s kit. While the Blackwidow originally came in many different versions, it now comes solely as a Chroma product. The Chroma series of products, named after the Greek root for the word “color,” are equipped with individually-lit LEDs. The Razer Blackwidow is also equipped with the proprietary Razer Synapse software, which allows for the user to not only customize the colors, but also customize the strokes of each key and what function is received – for example, if you are playing a game and want to use your arrow keys as your WASD keys, you can easily rebind them through the Razer Synapse software.

The Razer Blackwidow is easily the most expensive keyboard on this list, and it runs upwards of $149.99 for a fresh one – however, other, older models of the Razer Blackwidow can be found for cheap, and although they do not have the variety of colors that the Blackwidow Chroma has, they are also equipped with the Razer Synapse software. It is also equipped with Razer’s proprietary mechanical keys (remember that a mechanical keyboard uses individual switches to send signals instead of a membrane overlay which receives pulses to send signals), which are a somewhat soft tactile sound. If these are too loud, you can change them out to include rings which will soften the sound.

The Razer Blackwidow Chroma is a very, very special keyboard because it also has a “live” function, where it will react to things that are happening in the game. One big example is that a team kill in Overwatch, where the entire opposing team is killed and waiting to respawn at the same time, will cause the keyboard to rapidly flash colors and give a very nice eye-catching visual. This is definitely the keyboard for enthusiasts and hardcore gamers.

The Logitech K350 is a wireless keyboard, which can be considered cheating, but is actually the #1 best-seller in various categories on both Amazon and Newegg’s listing of their best-selling keyboards. The K350 features a curved layout, which is ergonomical to keeping your left hand centered on the keyboard always. This is a membrane keyboard, which is to be expected of a wireless keyboard. There are also a variety of media keys at the top of the keyboard, which are primarily used for controlling your media and volume – there are a few additional media keys scattered throughout the keyboard, but these are used for features such as bringing up the keyboard software for whatever use you might find.

The K350 is available for the price of $39.99 and is a very comfortable setup, but again, it is wireless – wireless keyboards may not have the speed and precision that wired keyboards have, but this could easily be one of the best-selling keyboards of all time. There are no fancy features here, and just a hearty, good keyboard. 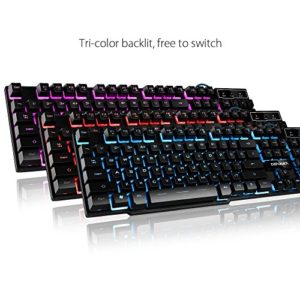 The DBPower DB-A8 looks very much like a mechanical keyboard, but it is definitely not – this is a membrane keyboard available for the low price of $22.99, and even eligible for additional savings through Amazon Prime (including free shipping!) This is a full keyboard, which means you get the additional 10 key and some extra media keys – it also has N-Key rollover, which means that you should not find any “ghosting” when you find yourself typing fast and furiously and letters mix themselves up. However, the DB-A8 is equipped with a specific type of proprietary key that delivers a very satisfying “click” like its mechanical cousins.

The DB-A8 is equipped with tri-colored LEDs (glows in red, blue and purple colors) and has the ability to “breathe,” where the keys will softly glow and give it a pulsating effect. The software included also has the ability to sense if you are working or gaming, based on the programs launched in your session of windows. As mentioned, there are a few media keys – chiefly, media keys that allow for control of music without requiring an alt-tab. This keyboard is perfect for the entry-level gamer or someone who just wants a cool, glowy keyboard; for the price of $22.99, you will be hard-pressed to find a keyboard equipped with as many features as the DB-A8. DBPower even offers a 24 month warranty, and a 30-day trial with refund or replacement available should you find yourself not pleased with your purchase. 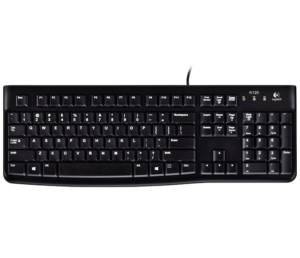 The K120 is not a gaming keyboard, but rather just a keyboard – still, it has more than 3,200 customer reviews on Amazon and just south of 2,000 reviews on Newegg, and both of these websites combine to give the K120 at least a 4.5 star rating over many, many different reviews. This keyboard is absolutely nothing fancy – no media keys, no FN (which stands for function, by the way) keys, and no fancy or obnoxious LEDs. Instead, it is just a simple membrane keyboard available for the low price of $9.99 and serves one basic purpose – work as a keyboard.

This works as a quiet, work environment-friendly keyboard. There are a few LEDs in the top right to signify if the caps lock, num lock, or scroll lock are on, and that is about it for the features – it plugs in through USB. This is a keyboard that is an excellent, sturdy replacement to always keep on hand if you find that your ricer keyboard is starting to die out on you, or if the cable is starting to kink and cause damage.