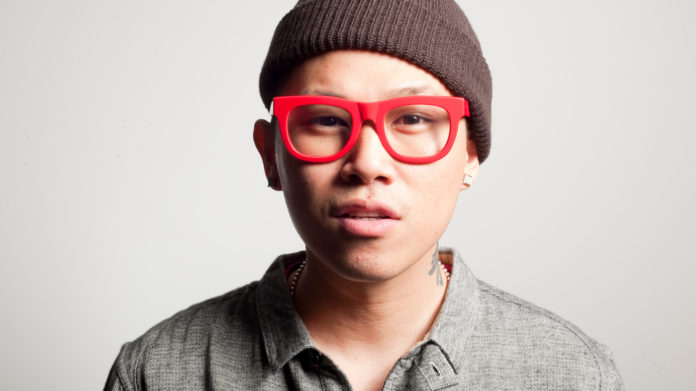 Among Hip-Hop heads, Jin is a name that often brings up both respect and interest. The first Asian American rapper, and one of the tightest freestylers of his time, Jin seemed to appear out of nowhere and in just a few short years likewise disappear. Here, we take a look at his past, and what Jin has been up to in 2016.

Born Jin Au-Yeung on June 4, 1982 in Miami Florida, Jin was raised by industrious parents who after immigrating from Hong Kong, opened up a restaurant in their new homeland. While the restaurant did fairly well, it was clear that Jin was keen on serving people in a wholly different manner. By the time he had entered middle school, he was known by his friends as a young king of the rap battle, often being able to put opponents much older than him in their place.

By his high school graduation in 2000, Jin had realized that college was not currently in the cards for him, and instead decided to move with his parents from Miami to Queens, New York. When he arrived, he quickly began attending freestyle events and hit the streets with plenty of copies of his mixtape, trying to gain popularity. During this time he would start his own small entertainment company (Crafty Plugz) alongside his manager Kamel Pratt.

In 2001, Jin would experience his big break when 106th and Park would invite local rappers on their Friday Freestyle segment. Jin would soon become a familiar face, winning 7 rap battles consecutively, mixing English and Cantonese in flawless flow, and entering into the Hall of Fame. The same night as his induction, Jin would reveal that he was signed to Ruff Ryders (a label that included most visibly DMX).

After signing onto the Ruff Ryders label, Jin wasted no time in creating controversy and getting his name out there with his first single, “Learn Chinese”. The single, which rode (according to most critics) on the back of some of the more blatant Chinese-American stereotypes without doing much to combat them or manipulate them to form a more comprehensive view of the rapper. In a later song, “Chinese New Year”, he even expresses some regret in his premier with the lines “I was barely 21, but that’s not an excuse, I got on my own two feet and walked in that booth”.

Before releasing his debut album, Jin was signed to perform as both an actor and rapper in the movie “2 Fast 2 Furious”, where he would play the mechanic, Jimmy. This would give him a significant boost to exposure, especially to European audiences.

In 2004, Jin would release his full debut album (which had been delayed a year by Ruff

Ryders), called “The Rest Is History”. While not a huge commercial success stateside, the music video accompanying “Learn Chinese” (which also appeared on the album) would be the first music video to ever play on MTV Chi, a short lived network aimed towards a Chinese American audience.
Soon after the start of MTV Chi, Jin found himself at a career crossroads. He could either continue with Ruff Ryders, and probably become somewhat stagnant in terms of creativity, or forge his own road, retiring from his current career. Jin decided on the latter, focusing more on his freestyle technique and even coming up with a new moniker: The Emcee. Under this new name, and with the independent label Crafty Plugz, he would release another album, “Emcee’s Properganda” near Halloween of 2005.

During this year, he would also begin to gain significant numbers of listeners from China, partially due to his collaboration with then popular Taiwanese artist Leehom Wang. Through this collaboration, Jin would meet Andrew Ballen, a producer that would bring him to even wider audiences throughout China the following year. 2006 would also bring about Jin’s release of two more albums, as well as an offer to work primarily in Hong Kong. He would take up this offer in 2008, after gaining fame for his song “An Open Letter to Obama”, which made it onto the future president’s top 8 myspace songs.

After moving to Hong Kong in 2008, Jin would reveal his recent baptism and turn to Christianity, something that would influence his songs in one way or another to the present day. This would also spark a series of free music and mixtapes from the rapper (primarily around the themes of humanity joining together and loving one another) aside from the Hong Kong release of the Album “ABC”. In 2010, as a way to connect with fans, Jin did something quite unusual: Collabing with fans, “Say Something” was released in May 2010, one of the first times fans had been able to work alongside an artist in creating music.

After 2010, Jin would take time from his career to become more self relective. By 2014, a new album was in the works. “XIC:LIX” (14:59 in latin, probably referring to “15 minutes of fame”) would come out to be a more artful album. With a more intense emotional and genuine expression than had been seen before, MC Jin’s new album is more story than music, however this is a detractor in no way.

As of 2016, Jin has appeared to begin exploring new avenues all over again. While still touring with his newer material, MC Jin has also begun performing comedy alongside rap. It isn’t surprising as many of those skills that made him an excellent freestyler can make his comedy often seem spontaneous and off the cuff, making him a very witty act. As if this was not enough, in July 2015, MC Jin played the role of Confucious in an Epic Rap Battles of History: Western Philophers vs. Easter Philophers. This would be by far his most popular YouTube appearance to date, despite having a channel for his views and music as well.  He has also appeared on the TEDx stage to talk about his career and life, hopefully inspiring more artists like himself.