Camp No Counselors Update – What Happened After Shark Tank 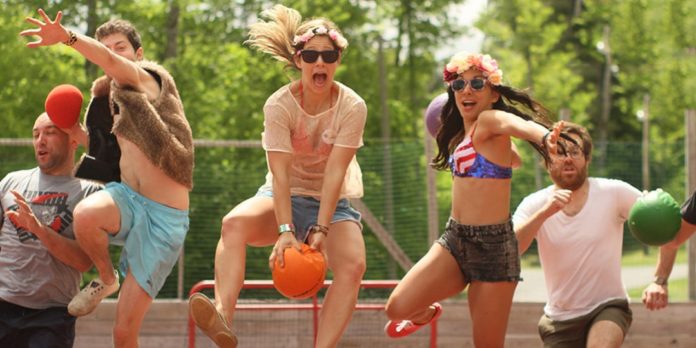 Camp No Counselors Before Shark Tank

Before going on Shark Tank, Adam Tichauer built up Camp No Counselors to $730,000 in sales spread out between four different camps in four different cities. In order to expand to several camps in new cities, Adam is bringing his adult camp idea in front of the Sharks. Let’s see if they’ll invest.

Camp No Counselors on Shark Tank 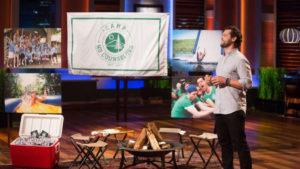 In the introduction video for Camp No Counselors, it showed adults in shorts and tank tops lining up for sports gear. Adam Tichauer introduced himself as the founder and camper at Camp No Counselors. He described the business as a camp-like resort for adults. The video showed a bunch of adults bringing their backpacks into a room with bunk beds and playing dodgeball. Adam narrated over it, saying that Camp No Counselors also offered a big slip-and-slide, races, and a pool.

The video cut to Adam working at a computer. He stated that his first job was in finance where he typically worked long hours. He found himself needing to escape for a weekend, and he decided to invite a bunch of his friends to a sleepaway camp that he rented out. His group of friends turned into 90 people, and his business idea was born. The video switched to a bunch of happy co-ed adults toasting with smores and playing at archery. Adam said that he quit his high-paying job in finance to start his dream business. Adam claimed that he could see his decision starting to pay off, both for his mental state, and the well-being of his customers. Adam ended the video by saying he wanted his camp to provide other adults with “the feeling that you can let go and be who you want to be.”

Adam walked out into the Shark Tank, smiling and confident. He introduced himself and his business and requested an investment of $300,000 in exchange for 7.5% equity stake in the firm. Daymond gave him a dirty look at the valuation. Adam then asked the Sharks to imagine that they were ten years old, about to get on the bus to camp. He requested that they remember the anticipation and excitement of that moment. Lori was smiling as she closed her eyes, and Daymond leaned his head back, apparently getting into the memory. Adam said that he was able to take that feeling and turn it into a sleepaway camp for adults. He informed the Sharks that Camp No Counselors rented out spaces from kids camps during the offseason, and invited grownups out to play with their friends.

Camp No Counselors had a long activity list filled with archery, white water rafting, tug of war, and zip lining. Adam said that the nights had more adult activities, like makeshift clubs with bands and djs, and getting drunk around the campfire. He let the Sharks know that he brought them a little something, and Daymond excitedly exclaimed “S’mores!” Adam passed around a tray that contained mimosas, s’mores, and beer, and each Shark took what they liked. Adam welcomed them all to Camp No Counselors.

Lori told him that the idea was very clever. She asked him where Camp No Counselors was operating. Adam listed out his current locations: New York, Los Angeles, Nashville, and Chicago. Daymond asked if the camps were exclusively in rural areas, and Adam let him know that since they leased out the summer camps, the locations were typically a few hours outside of the major cities. The cost of going to the camp also covered a charter bus from the city, as well as the activities, meals, lodging, and most importantly, an open bar. Robert wanted to know the price, and Adam told him that it was $475 for the three-day weekend with all of that included.

Kevin asked if Camp No Counselors used the same staff that was used during the summer months. Adam confirmed that he did, so his only overhead was the rental, as well as marketing. Lori asked what the average camper’s age was, and Adam responded that it was 30 years old. Kevin informed Adam that he used to be a camp counselor, and a bunch of the other Sharks chimed in that they had done the same work. Kevin continued, saying that his specialty was canoeing or something that he called long portage. This involves taking 20-30 people out on a long boat ride. Kevin claimed that the only thing he learned from that experience was that it sucked. Adam laughed. Kevin said that he did not see the appeal of an adult camp, with all the bugs and the long hours in the sun. He preferred to sleep in places where they put mints under his pillow.

Robert wanted to jump back into the numbers. He asked Adam how much he had made from Camp No Counselors so far. Adam said that he grossed $160,000 last year between four camps. This year, they pushed it up a notch and rented out 11 camps to the tune of $730,000 for about 1,800 people. All told, the sales projections for Camp No Counselors were $800,000 for the year. Adam’s profit from that would be $165,000. He stated that they were just beginning to get corporate getaways, but his biggest plan to scale the business was to rent multiple camps simultaneously on a weekend.

Robert asked him how much it typically cost to rent a camp out for the weekend. Adam said that they pay the camp $278 per person, making their profit $200 a person. Kevin wanted to know what was stopping the camps from trying the idea out themselves. Adam skirted the question and told Kevin that they created their demand for the notion. Camp No Counselors was featured in Time Out New York and was shared with a huge number of people. Mark wanted to know if they had taken on any other investments or debts. Adam let him know that they only took out a loan for $100,000, but nothing else.

Kevin let Adam know that there was nothing wrong with his business model, but Kevin just strongly disliked camping. Kevin elaborated, saying that he had a personal rule for his Shark Tank deals – he has to use the products and services that he was investing in. He went out. Adam thanked him. Mark wanted to know what Adam need the investment for, since just being on Shark Tank would get them a lot of sales. Adam claimed that he needed the money to scale up. He wanted to set up the infrastructure to go into new markets. Mark insisted that he should already have enough money in profit to do that. Adam said that with the profit money he had, he could hire the teams for new locations, but nothing more. He wanted to scale up more quickly than that and go up to 30 camps in the next year.

Mark was looking at him like he had three heads. He said that the camps should be self-sustaining, and they had automatic cash flow. Adam stated that if they did not get the automatic customers, then money would need to be siphoned in to go towards advertising in the local markets. Robert wanted to know exactly what the acquisition cost would be for a new location. Adam said that it cost $2,000 in Chicago this year. Robert nodded and said he agreed with Mark. It did not seem like an investable business. Adam insisted that he needed the upfront cash to scale the business up and get more than one camp in each new location. Lori agreed with the other Sharks – each new location generated the cash by itself. Daymond looked at his valuation and accused Adam of being a golddigger.

Adam stood with his mouth wide open. Daymond continued, saying that Adam did not need anything from the Sharks. Adam repeated himself, saying that he wanted the investment to scale the operation quickly. Daymond wanted to know where he got the valuation from, and Adam said from the sales projections from the next year, multiplied by five. Daymond sarcastically asked if he could provide the money next year. Adam was making a classic rookie mistake in confusing sales projections with actual profits. Kevin asked him how he was planning on paying the investment back, and Adam said that once the business was sold, he and the Sharks would split the profit like partners. Kevin wanted to clarify that Adam thought he could sell Camp No Counselors as an event business, and Adam told him that he thought it could be the next Color Run or Tough Mudder. He insisted that he was projecting to do $35 million in sales by 2019.

Daymond said that he was not interested in a long-haul investment. Instead, he liked to see returns every quarter, or at least every year. Daymond continued, stating that he saw liabilities ahead. There could be trouble when bonfires and alcohol are involved. Adam agreed that that could be the case. Daymond went out, saying that the deal just was not for him. Lori let Adam know that the idea seemed like a lot of fun. She went out anyway, saying that the valuation was too much, and she did not see a good way to invest. Robert was up next. He said that he loves the idea, as well as camping. He did not see money as the solution to growing this business, and he went out.

Mark Cuban was the only one left. Before he could speak, Adam cut in to say that he would love Mark as a partner, also claiming that he was “not here to beg.” Mark told him that he was just fine by himself, and Adam was a party promoter instead of an entrepreneur. Adam continued to state that he was serious, and Kevin told him that he would love to see him continue to beg. Mark said that the 7.5% equity was nothing to him. Adam asked if he could make it worth it to Mark somehow. Mark stated that he could do the deal in exchange for 25% of the business. Adam told him he could not make that deal, but he would be willing to give up 25% equity if all the Sharks entered the agreement. The other Sharks appeared to consider, but Mark said that it sounded too shady. He was out. Adam walked out of the Shark Tank. Let’s see how he did without them.

Camp No Counselors Now in 2018 – The After Shark Tank Update 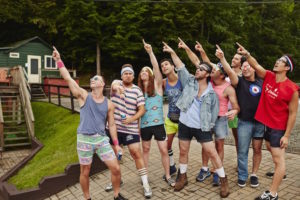 Since being on the Shark Tank, Camp No Counselors expanded to eight different cities, including San Francisco and Toronto. They’ve been featured in articles in Rolling Stones, and the Huffington Post. Their customers also seem to love it. They’ve gotten 4.5 stars from 27 reviews on Yelp. They seem to be doing just fine now, even though they failed to get a deal from the Sharks.