What Happened to Steve Bartman – Now That The Cubs Have Won 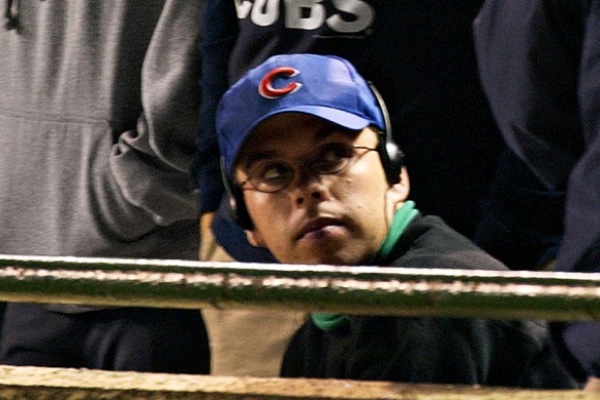 The Chicago Cubs have not been the luckiest team in the world. In fact, it takes a special kind of bad luck streak to not make it into the playoffs since the end of World War Two. And even within that streak, for the past decade, there has been one Cubs fan that had represented the incarnation of the Cub’s curses: Steve Bartman. To quote Steve Bartman himself, “Some people are remembered for a lifetime of great work. I’m remembered for five seconds.” Instantly becoming one of the most iconic, and hated fans in all of Major League Baseball, Bartman has kept invisible from the public eye for the most part of 13 years. But in light of the Cubs finally winning a world series many are asking what Steve Bartman has been up to in 2016? Here, we take a look at what made him famous, and what we know of him now.

While not much can be said for the early life of Steve Bartman, as both he and his agent have done a fantastic job of keeping such things private, there are a few things we do know of the man. Bartman was born and raised in Northbrook, Illinois, and his childhood home was right next to a baseball field where he would often spend time playing catch with other members of his family. In during his teenage years, he would attend Notre Dame High School in Niles, Illinois, and would play varsity baseball for his school, alongside carrying an active interest in the improvement of his home community. He would then attend the University of Notre Dame and eventually gain a job with Hewitt Associates, while continuing to give back to his community by being a part time coach to one of his childhood baseball teams, The Renegades.

First of all it must be mentioned contrary to some conspiracies and beliefs that, well before the incident, Steve Bartman had been a loyal Chicago Cubs fan, and remains one to this day, despite having endured over a decade of daily threats from other fans. We also know that he has tried his best to shun the spotlight, turning down not only hundreds of interview opportunities, but also invitations to return to Wrigley field and even a Super Bowl commercial.

What could have launched him into such infamy and make him such a well known name in Chicago and the Major League Baseball community, you may ask? Well, for those yet to be properly informed, let us go over the Steve Bartman Incident. On October 14, 2003 the Chicago Cubs were a mere 5 outs from cinching a chance at the world series championship, a chance they hadn’t taken in a lifetime, and a title they haven’t won since the Ford Model T was considered cutting edge. Pitcher Mark Prior had been holding a solid line against the Florida Marlins batting lineup, keeping the Marlins down 3-0 this game. Luis Castillo had then come up to bat, with one out and Juan Pierre ready to launch off second base. The pitch was thrown, and Castillo popped a fly ball far into the left field corner, right beside the bullpen. At the crack of the bat, Moises Alou readied himself for what everyone would consider an easy out. Unfortunately, quite a few fans, including Steve Bartman, did not notice Alou’s positioning, and Bartman reached out a hand to catch the fly ball. This would tip the ball away from Alou’s grasp and into the stands. Unfortunately, though a tough call to make, the Umpire for the game, Mike Everitt would rule that no direct interference had occurred. Alou was of course, livid, and for the remainder of the game, Bartman would be jeered by fellow fans. This would culminate in a loss for the Cubs, and a security escort being needed for Bartman, as fans threw garbage, food, and even beer onto the man. Threats would also be thrown onto him, and within hours, his residence would be posted by online forum users and a police perimeter was required around it for several days thereafter. For years after the incident, Bartman would go to great lengths to keep hidden from the public.

Luckily for Bartman, the recent win by the Cubs of the World Series has seen a massive change of heart by fellow Cubs fans. With the 2016 win, Twitter immediately saw a trend of both #FreeBartman and #ForgiveBartman coming from all over the country, with many tweets also suggesting the man be hugged for the years of harassment.

Funnily enough, Alou, who could arguably be most justified in holding a grudge recently had made the statement that he thought Bartman’s actions would have been forgiven and forgotten long ago. He has also made statements saying that there may be a standing offer for Bartman to throw the ceremonial first pitch sometime in the 2017 season, as a way to bury the hatchet and try to make amends between Bartman, the Cubs, and what has at times felt like the entirety of Chicago. At time of writing, this has yet to be confirmed by Steve’s agent or his Twitter account. What we can say however, is that Bartman has remained a dedicated Cubs fan, and has expressed a great deal of joy that his hometown team has finally made history.