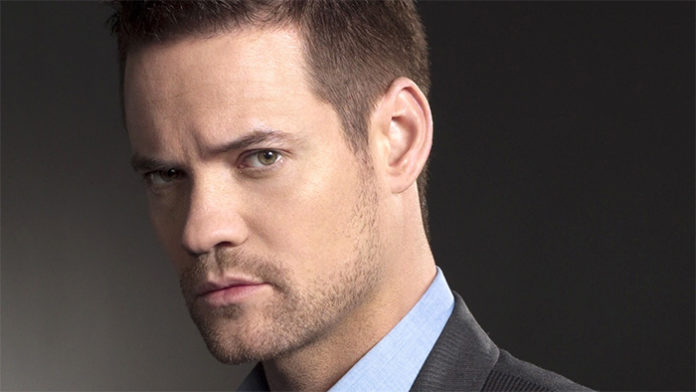 American actor, Shane West initially rose to fame as Eli Sammler in the ABC series, Once and Again (1999). Drawn to acting at a young age, he moved from Louisiana to Los Angeles at the age of fifteen, to pursue his dreams of becoming an actor. Although it proved to be a challenge, West eventually landed a small role in the CBS drama, Picket Fences by the time he was seventeen. Continuing to put himself out there through auditions, West later made minor appearances in the series, California Dreams (1995), The Crew (1996), Meego (1997), Mr. Rhodes (1997), The Westing Game (1997), and Buffy the Vampire Slayer (1998). Prior to the end of the 90’s, the aspiring performer made his film debut in the romance drama, Liberty Heights (1999). Over the next couple of years, he also co-starred in the teen comedies Get Over It (2001), and Whatever it Takes (2000). However, it wasn’t until he was cast as Landon Carter in the coming-of-age film, A Walk to Remember opposite of Mandy Moore, that he first achieved widespread attention as an actor.

Gradually rising in prominence, he then went on to star in the action adventure film, The League of Extraordinary Gentlemen (2003), which proved to be a huge box office success. On television, he secured his first major role in the ABC series, Once and Again (1999)ーone which he continued to play for three years. From there, he was invited to join the cast of the popular medical drama, ER (2004), as the character of Dr. Ray Barnett. In 2010, West was offered a lead part in the CW series, Nikitaーone which ultimately earned him a Teen Choice Award for the category of “Choice TV Actor: Action”. While on the subject, the actor has also won a number of other accolades throughout his career including a Young Artist Award for “Superstar of Tomorrow”, a Rising Star Award, and another Teen Choice Award for “Choice Chemistry in a Film”, which he shared with Mandy Moore.

In addition to being well-known in the acting scene, West is also a musician. For many years, he was the lead singer of a punk rock band called, Johnny Was. Eventually in the mid 2000’s, he joined the rock band, Germs as one of their vocalists. Although they didn’t produce any studio albums during their time together, they did go on various club tours around the United States in 2006 and 2007. Due to West’s increasing commitments as an actor however, he soon found himself with less and less time for performing. As a result, he left the band prior to the end of the decade, after a final performance in December 2009.

So what has the award-winning actor been up to these days? What projects have he been working on these past few years? What happened to Shane West? Where is he now in 2018? 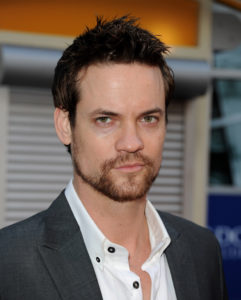 Born on June 10, 1978, in Baton Rouge, Louisiana, Shane West (Birth Name: Shannon Bruce Snaith) is the son of Don Snaith, the owner of a drugstore, and Leah Catherine, a lawyer. The oldest out of three siblings, he has a half-sister named Marli-Ann and a sister named Simone; he is of French, Portuguese, and British descent. Due to the fact that his parents had their own punk band, West grew up with a deep appreciation for music.

When he was four years old however, they divorced; consequently, he moved to live with his mother in California. Growing up, West was a huge fan of The Kinks, Elvis Costello, Blondie and The Jamーall of whom he’s cited to be some of his greatest inspirations. As a young boy, he had always been fascinated with acting. Deciding that it was something that he wanted to pursue farther in life, he relocated to the entertainment center of Los Angeles when he was fifteen years old.

Although he initially struggled to find work as an aspiring actor with no experience, West eventually made his television debut in the CBS drama, Picket Fences (1995) at the age of seventeen. Later that same year, he also lent his voice to a character named Doug, in the family comedy, California Dreams (1995). Over the next few years, he made several minor appearances in the television series, The Crew (1996), Boy Meets World (1996), Meego (1997), Mr. Rhodes (1997), The Closer (1998), and Buffy the Vampire Slayer (1998), to name a few. After a few years of appearing on the small screen, West made his film debut in the romance drama, Liberty Heights (1999). From there, he also co-starred in the teen comedies, Get Over It (2001), and Whatever it Takes (2000). However, it wasn’t until he was twenty-four in 2002, that he received a breakthrough role in the box office success, A Walk to Remember, alongside actress, Mandy Moore. 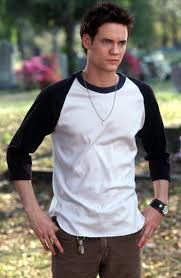 Based on a novel of the same title, A Walk to Remember was released in theatres on January 25, 2002. Featuring a screenplay by Karen Janszen, it depicted the love story of two teenagers named Jamie Sullivan and Landon Carter, who find their paths crossing after the latter lands himself with community service. Although the film was met with a number of negative reviews by critics, it was much more positively received by the general publicーwhom praised the cast for their convincing performances.

While West played the part of the lead male, Landon, actress Mandy Moore portrayed the role of his on-screen love interest, Jamie. Aside from the two stars, A Walk to Remember also saw Peter Coyote, Daryl Hannah, Lauren German, and Clayne Crawford amongst its cast. A mild box office success, the movie grossed over $47 million during its theatrical run from a production budget of $11.8 million. For his performance, West was given a Teen Choice Award for “Best Chemistry”, which he shared with his co-star, Mandy Moore.

The following year, West was cast as one of the lead roles in the adventure film, The League of Extraordinary Gentlemen (2003). Adapted from a comic book of the same title by Kevin O’Neill and Alan Moore, it revolved around a group of contemporary fantasy characters as they team up for a top secret mission. In it, the actor portrayed the part of U.S. Secret Service Agent, Tom Sawyer; other cast members featured in the movie include Naseeruddin Shah, Sean Connery, Tony Curran, Peta Wilson, and Stuart Townsend. Upon hitting the big screens, The League of Extraordinary Gentlemen was a commercial success; it eventually went on to gross a worldwide total of over $179 million. Despite being a box office hit however, it was met with generally unfavourable reviews from criticsーmany of whom panned it for its subpar acting and apparent plot holes. Although there initially were plans for a series of film sequels, the idea was later abandoned due to lack of interest.

In 2004, the actor landed a major part in the popular medical drama, ER. One of the longest-running primetime series of its kind in American TV history, it premiered on the NBC Network on September 19, 1994. Quickly a fan favourite, it managed to attract over 30 million viewers at the peak of its popularity in the late 1990’s. Despite this, it wasn’t until the the eleventh season, that West made his debut as  Dr. Ray Barnett, in the episode entitled, “One for the Road”ーwhich aired on September 23, 2004. As one of the main cast members, the actor starred in the series for a total of five seasons, prior to the end of ER in April 2009. Aside from West, the drama also featured many other big-name actors including Anthony Edwards, George Clooney, Sherry Stringfield, Noah Wyle, Julianna Marguilies, Laura Innes, and many others. Throughout its fifteen year run, ER received countless awards including 23 Primetime Emmy Awards, four Screen Actors Guild Awards and a Peabody Award.

Following the end of ER, West starred in the CW television series, Nikita (2010). A modern reboot of 1997’s La Femme Nikita, it centred around a young woman named Nikita, who manages to escape from a secret government organization called “Division”; after hiding for several years, she re-emerges to bring down the organization. Originally premiered on September 9, 2010, the pilot episode managed to attract over three million audience members. Met with generally favourable reviews upon its release, Nikita also starred Maggie Q, Lyndsy Fonseca, Aaron Stanford, and Ashton Holmes. While Maggie Q portrayed the title character of Nikita, the actor played the part of an ex-Division agent by the name of Michael Bishop; he ultimately becomes Nikita’s love interest in the series. The drama thriller continued for three yearsーby the time it came to an end in the winter of 2013, over 70 episodes had been produced and aired. For his captivating performance in the series, West was given a Teen Choice Award for “Choice TV Actor – Action”.

In March 2014, the actor played the leading part of Tom Craig, in the action thriller film, Red Sky. Released straight to DVD that spring, it revolved around a Top Gun Fighter named Butch Masters, who must navigate through a number of obstacles in order to reclaim his personal and military honour. Directed by Mario Van Peebles, it featured characters adapted from a book called, Kerosene Cowboys: Manning the Spare by author, Randy Arrington. While Red Sky received two award nominations (e.g. Hollywood Music in Media Award, Golden Reel Award), it was heavily criticized by viewersーmostly for its crude special effects and underwhelming plot. Despite this, the B movie still managed to attract the attention of many audience members with its star-studded cast, which included Cam Gigandet, Bill Pullman, Troy Garity, Richard Leigh Cook, and JC Chasez. 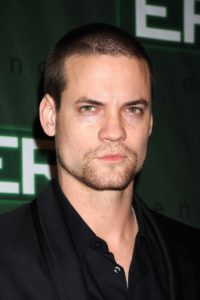 This past year, West has been reprising his role as Captain John Alden in the supernatural drama, Salemn (2014). Inspired by the real events of the Salem witch trials in the seventh century, it revolves around Mary Sibleyーa witch who plans on executing the powerful, yet dangerous ritual of Grand Rite; her plans however, are later complicated with the return of her long lost love, John Alden. While its reception has been mixed, Salemn has run for two years and is currently on its third season, which premiered on November 2nd, 2016. Due to declining viewership ratings however, the network has announced that the series will be cancelled following the end of its third season.

In terms of future appearances, the actor will be starring in an upcoming thriller called, Awakening the Zodiac alongside Matt Craven and Leslie Bibb. Directed by Jonathan Wright, it will tell the story of a couple, who happens to discover the film reels of a serial killer. Still under production, it will be released sometime in 2017, although no exact date has been announced as of yet.

If you’d like to stay connected and up-to-date with the American actor, you can do so by following him on social mediaーyou can find Shane West on Twitter at @shanewest or on Instagram at @theshanewest. Alternatively, you can also drop by his official Facebook page for some of his latest news!