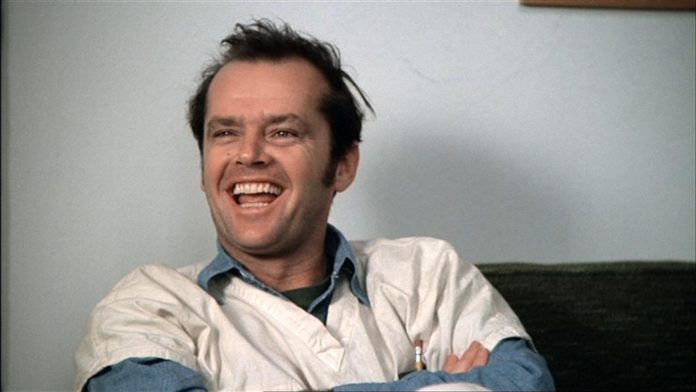 From 1970 to 1990, Jack Nicholson was one of the biggest names in Hollywood. To date, he is the most-nominated male actor in Academy Award history. Although Nicholson’s career definitely slowed down in the 1990s and through the 2000s, it still didn’t die off completely. However, a glance at his filmography shows that he has not appeared in a major movie since 2010. Considering his age, it wouldn’t be too unreasonable to assume that Nicholson may have retired from show business. So, has he? In this article, I’ll give a brief summary of Jack Nicholson’s career up until now, while also making sure to provide an update as to what he has been doing recently.

Jack Nicholson was born in April of 1937 in Neptune City, New Jersey. He went to high school in Spring Lake, where he made quite the impression on his classmates. At Manasquan High School, Jack was a well-known class clown and general troublemaker. His first foray into show business came when he was just seventeen years old, while he was visiting his sister in Hollywood. He worked in the Hanna Barbera MGM studio offices, and his work actually prompted them to offer him an entry-level job as an animator. Nicholson was gracious of the offer, but he declined, since he was more interested in entering Hollywood as an actor. In order to make this dream a reality, he spent a good deal of time with small theaters, where he trained alongside other actors and earned small parts in various television shows. 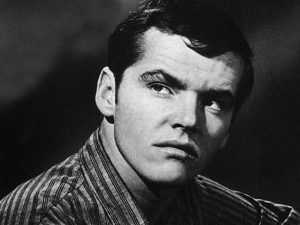 Nicholson didn’t make his film debut until 1958 when he appeared in the teen drama The Cry Baby Killer. This was certainly no Oscar nominated flick, but it was film experience nonetheless, and it would prove invaluable to the young Nicholson. The producer of the film, Roger Corman, would form a long-lasting relationship with Jack that would eventually lead to some major, iconic roles in the actor’s future. Although he was able to appear in various small films, it seemed like Jack’s career as an actor was a lost cause. Deciding that maybe he just wasn’t good enough for acting on the silver screen, Nicholson decided to try his hand at working behind the camera.

In 1967, Nicholson wrote his first film called The Trip, which starred Peter Fonda and Dennis Hopper. Although the screenplay was pretty good, post-production changed a lot of the film, which meant that it didn’t receive the kind of acclaim that Jack felt it deserved. With this personal failure, it began to seem as though Jack just wasn’t well-suited for any kind of work in Hollywood, period. However, he got his first big break in 1969, when he was cast as George Hanson in the film Easy Rider. Easy Rider became a blockbuster hit, and Nicholson’s portrayal of the anti-hero was critically acclaimed. With this role, Jack actually saw his very first Oscar nomination.

Jack Nicholson as a Hollywood Star

In the years to follow, Jack Nicholson’s career progressed at such a rate that no one could have possibly predicted. A year later, he starred in Five Easy Pieces as Bobby Dupea, another role that earned him an Academy Award nomination. Five Easy Pieces was another box office hit, and Nicholson was beginning to be seen as the industry’s go-to antihero actor. His way of portraying sardonic, subdued characters became his calling card, so to speak. A year after that release, Nicholson starred in Carnal Knowledge, a comedy. For this portrayal, Jack earned yet another nomination—this one for a Golden Globe Award for Best Actor. The release of The Last Detail in 1973 earned Nicholson his third Oscar nomination. Although he was a nobody just a decade ago, now Jack Nicholson was being nominated for these major awards left and right. 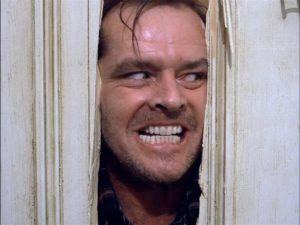 You can rattle off Jack Nicholson’s later roles like they’re a laundry list. In 1974, he starred in Chinatown, which earned him another Academy Award nomination. In 1975, Jack appeared in one of his most iconic roles as Randle McMurphy in One Flew Over the Cuckoo’s Nest. The film, which is an adaption of the classic novel, was critically acclaimed by all, with Jack Nicholson’s portrayal being a standout. Later that year, Jack starred in The Passenger. Entering into the 1980’s, Nicholson was able to masterfully carry his acting momentum into the new decade. In 1980, he appeared in yet another one of his most iconic roles in The Shining. Although it may not have been his best performance, it is without a doubt one of his most culturally significant.

That wasn’t all that he was able to get done in the 80’s, either. In 1983. He won an Oscar for his portrayal of Garrett Breedlove in the film Terms of Endearment. Other Nicholson films from this era include the likes of Reds, The Postman Always Rings Twice, Ironweed, The Witches of Eastwick, and Prizzi’s Honor. Another one of his more culturally significant roles came in 1989, when he played The Joker in Batman. To date, Nicholson’s Joker is considered one of the best. During the 1990’s, he appeared in films like A Few Good Men (which earned him yet another Academy Award nomination) and Mars Attacks!. As his career began to slow and he only appeared in 8 films between 2000 and 2010, some saw reason for concern. Rumors began to swirl that Nicholson was no longer acting because, in his old age, his mental faculties began to decline. Is there any truth to those rumors? What is Jack Nicholson doing today?

In 2013, Nicholson made a point to address the rumors that his memory loss was the reason behind his inactivity as an actor. He stated that the rumors were false, and that he didn’t even consider himself to be officially retired. However, he did admit that he didn’t feel as driven to appear in films like he was in his youth. Although Jack has not appeared in any new movies since that interview, in 2015, he made an appearance as a presenter during the 40th anniversary special of Saturday Night Live. His most recent appearance in entertainment came earlier in 2016, when he did an exclusive interview for HBO regarding his friendship with famed boxer Muhammad Ali. It definitely looks like Jack Nicholson’s best days are behind him, but I think that a lot of people would agree with the sentiment that he has given the world plenty already.