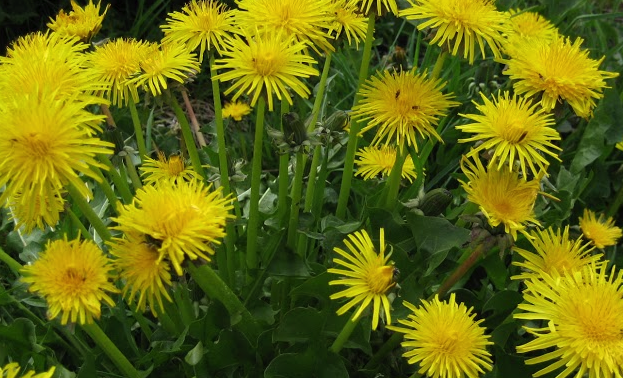 Millions of people each year complain of digestive troubles. From flatulence to heartburn, peptic ulcers and difficulty passing stools, the state of gut health for today’s populace is dire and gloomy.

While conventional medicine can treat nearly all digestive issues, they come with a plethora of side effects. Holistic medicine presents a safe, natural alternative to these conventional medications in the form of herbs that have been used for centuries. They may lack effective research or scientific backing, but what they lack in literature, they make up in the fact that they have been used for a very long time, with little or no complaints. The jury is still out there, and it is always better to try out a natural cure for an ailment before ploughing through a trough of drugs.

I present a list of some of the most effective herbal teas for a healthy gut.

This tea is made from a special kind of licorice called DGL or deglycyrrhizinated licorice. It is extremely prevalent in South Asia and you won’t find a home without one (okay this claim might be a little exaggerated!). It does not have the side effects associated with other kinds of licorice, and has a soothing effect on stomach and esophageal lining. That is why it is often used to treat peptic ulcers, reflux (GERD) and hyper acidity.

Although it is generally safe to consume licorice tea in moderate doses, it may interfere with ACE inhibitors and diuretics for high blood pressure. In a similar fashion, there have been reported interactions with warfarin, corticosteroids, MAO inhibitors, contraceptives and medications processed by the liver so it might be better that you consult your health care provider before experimenting with licorice.

Dandelion ((Taraxacum officinale)) grows in temperate regions of Europe, Asia and North America. It has shiny, hairless and spatula like leaves and yellow flowers that open with the sun and close at dusk.

Traditionally used to treat liver disease and used as a natural diuretic, dandelion root found its way to promoting a healthy gut merely by chance. History suggests that ancient Chinese healers found dandelion root to stimulate appetite and treat stomach upset when given to a patient for liver disease. It has now been known to contain vitamins A, B, C, D, trace minerals such as potassium, iron and zinc as well as other potent antioxidants. 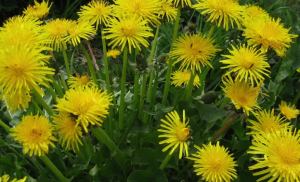 Dandelion is generally considered safe, though it can make drugs leave your body faster due to its diuretic properties.

Dandelion roots and leaves in their raw form are widely available in health stores, and in the form of tea infusions by popular tea brands such as Twinings Benefit Digestive teabags.

Fennel is an exquisitely aromatic herb that fights inflation, soothes and cures the gut. It presents itself as an all in one treatment for most digestive issues and leaves a fresh and pleasant after taste in mouth.

Fennel tea is usually prepared from powdered fennel seeds. In Arabic and South Asian Culture, it is indeed very popular to consume tea prepared from fennel seeds, green tea, and mint leaves after dinner to aid digestion. So what makes fennel so good for the digestive tract? It’s the volatile compounds like anethole, fenchone and estragole present in fennel seeds that have been studied for their antispasmodic, anti- 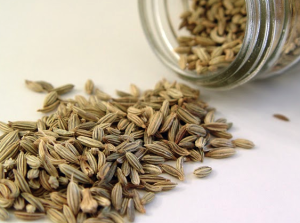 Perhaps the best way to make fennel tea is yourself! Get a pack of fennel seeds and grind them to a powdered form. Add one to two tea spoonful of powdered fennel seeds to boiling water in a kettle and let it brew for ten minutes. For enhancing the flavor and added benefits, experiment with adding chamomile, ginger, green tea or macha tea to the mixture. Enjoy it sugar free or with a touch of honey, whatever floats your boat!

Triphala translates to “Three Fruits” in English. It is an Ayurvedic mixture of amalaki, haritaki and bibhitaki, and a classical herbal remedy for all digestive troubles. It has been used as an herbal tonic in Pakistan, India and Bangladesh for thousands of years, since the time of Indus Civilization.

Triphala is known as a herbal tonic for maintaining long-term digestive health. It improves immunity by promoting gut health, is a potent detoxifier and soothes the intestinal walls, all the while promoting healthy bowel movements and detoxifying the digestive tract.

You can obtain triphala tea easily from any popular alternative medicine stores. Add it to your daily diet regimen and you’ll find yourself with a healthy gut. Not only that, but you’ll notice those numbers on your weighing scale decreasing as intestinal cleansing by triphala increases metabolism, energy and promotes healthy weight loss.

Turmeric is a plant, part of the ginger family ‘zingiberaceae’ that grows throughout the year, in South Asia and is harvested for its rhizomes which are ground into a yellow-orange powder. Turmeric, it this powdered form has long been used as a flavor enhancer in South – Asian cuisines, and a cheap alternative to saffron.

Turmeric has been the among the most thoroughly researched substances of the past few decades owing to the strange yet extremely beneficial properties exhibited by its active ingredient, curcumin. The U.S National Library of Medicine currently holds approximately 5600 peer reviewed studies showing turmeric’s efficacy in treating ailments from heart disease to Alzheimer’s, cancer and IBS.

Turmeric contains curcumin a.k.a an antioxidant and anti-inflammatory compound on steroids! Turmeric helps fight off bacteria, reduce inflation and increase the production of bile and gastric juices which ultimately aids in digestion and cleanses the liver simultaneously. One drawback of curcumin in turmeric is its poor bio availability. However, when it is combined with piperine (an active compound in black pepper), its bio availability increases by 2000% and so does its neuro-protective properties.

To consume, simply add a teaspoon of turmeric powder to boiling water and let it brew for five to ten minutes, or better: get one with added bioperine from a supplement store to increase curcumin’s bio-availability. Always consume this tea after a meal, preferably at night, and never on an empty stomach. Need another reason? Some studies suggest turmeric aids melatonin production and can help you fall asleep fast. How about one more? It’s a natural nootropic. So you’ll be curing your gut and becoming smart while doing it! What else do you need?

Peppermint tea, Ginger tea, Lemon balm and lemongrass tea, chamomile and rosehip tea deserve a place in this article for their effective use in treating digestive troubles. Since there are already so many good resources describing their uses in vivid details, it became unnecessary and rather mundane to do so again here. Nevertheless, try them out too, or better, create a herbal mix of your own out of those mentioned and self-quantify the results.