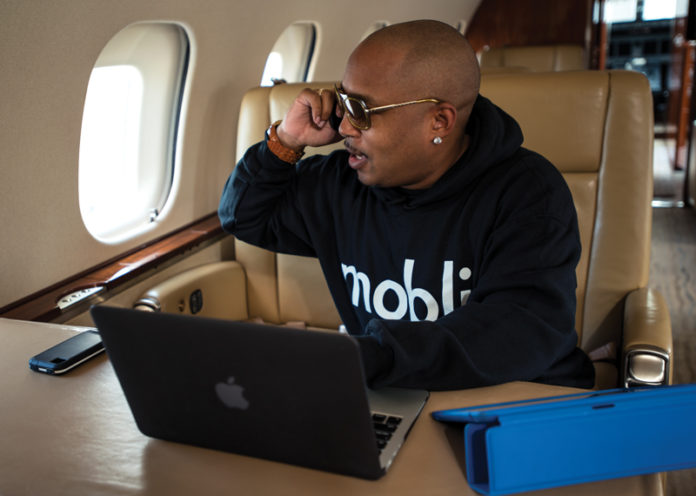 As an investor on Shark Tank, Daymond John’s wealth is often a topic of discussion. The ABC show’s opening frequently mentions how rich every investor is, and Daymond John is no different. As a self-made multi-millionaire, Daymond’s net worth and rise to success is something that a lot of Shark Tank viewers are naturally curious about. In this article, I’m going to be talking about how Daymond John was able to become a self-made millionaire, while also making sure to talk about how wealthy he actually is today. Without further delay, let’s see what else there is to learn about this shark.

How did Daymond John make his money & wealth?

Daymond John was born in Queens, New York in February of 1969. John was raised as an only child by his mother and grandfather. While he lived in Queens, he attended Bayside High School. How exactly did Daymond acquire such a taste for business? While he attended Bayside, John was a part of a small program that allowed students to study full-time and work full-time at the same time. They did this by having students study full-time one week, and work full-time the next. To this day, John believes that programs like this one helped him to acquire a more industrious mindset. He carried this mindset through high school, and when he graduated, he started his own commuter van service. This would be Daymond’s first step into business, but it definitely would not be his last. 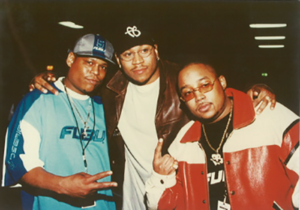 During this time period, one of the more popular fashion trends was wool hats tied up with fishing line. Most of them were being sold for around $20, which Daymond thought was a ridiculous price. Leveraging his entrepreneurial experience, John saw a major opportunity here. He asked his mother to teach him how to use a sewing machine, and he and his neighbor eventually made 90 of the hats themselves. They went outside and sold the hats for $10 each, and they almost completely sold out. With this massive win, Daymond saw an even greater potential behind this idea. Daymond recruited some of his friends into his start up business, which he called FUBU. This stands for “for us, by us”.

Daymond made the conscious effort to expand his business outward, past just wool hats. He created a FUBU logo, which he sewed onto jerseys and sweatshirts and whatever else he could get his hands on. This would be one of his first trials as a branding specialist, and the experience would prove invaluable later on in his career. While he struggled to get his business of of the ground, John actually had to work at Red Lobster full-time, only working with FUBU when he was in between shifts. FUBU saw a serious increase in popularity in 1993, when the company received an endorsement from LL Cool J, who Daymond grew up with. 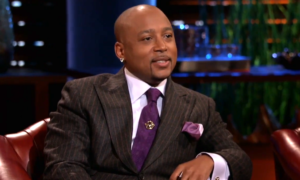 From there, the brand exploded. FUBU is sold in many major department stores today, and it is worth approximately $6 billion. In 2009, John made a major career move by joining the cast of Shark Tank, an American program heavily inspired by the popular British program known as Dragon’s Den. His work on the program has been extensive and iconic, and he is known as one of the more popular and regular executives to appear on the show. It has been estimated that Daymond has invested over $7 million in various Shark Tank companies throughout his time with the show. Of course, money like this is mere pocket change when you measure it against this successful entrepreneur’s massive wealth.

Outside of his work in business and in television, Daymond is also a public speaker. He specializes in both motivational and business speaking, helping to inspire young and upcoming entrepreneurs to chase their dreams and make themselves successful, just as he was able to do. Over the years, he has spoken at the AT&T History Makers Tour, the London International Awards, and the California First Lady Maria Shriver’s Women’s Conference. Daymond John is one of the most successful entrepreneurs in the country, and his net worth becomes even more impressive when you consider his humble beginnings. Daymond is still young, and I’m sure that he has more to offer to the business world yet.

Daymond isn’t currently married, but he will be very soon! A few months ago, he proposed to longtime girlfriend Heather while on the set of Shark Tank. This entrepreneur is really wealthy, and he’ll soon have someone to share all of that wealth with.

Considering how many revenue streams John has, it would be really difficult to come up with a precise salary for him. However, with some really rough estimations, we can piece together a vague estimate. (For instance, we know based on the Sony leaks that Daymond makes around $700,000 for a season of Shark Tank.) We can assume that Daymond John makes approximately $13 million per year, with money coming in from his various investments, Shark Tank, his public speaking, and of course through FUBU.

How much does Daymond John make per day?

If we use that $13 million salary figure as a starting point, we can just use some simple math to determine Daymond’s daily income. In a 365-day year, Daymond makes about $35,000 per day. Definitely not bad coming from a kid who got started by selling wool hats. 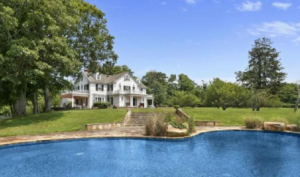 As someone with such a beefy wallet, it’s no surprise that someone like Daymond would live in an extravagant home. Located in Southampton, his mansion has a property value of over $7 million. The house boasts six bedrooms, rustic floors, a large swimming pool, antique fireplaces, a brick patio, and of course, a beautiful view. It’s a very tasteful property, and a great place for Daymond to lay his head after a long day of wheeling and dealing.

Daymond came from very humble beginnings, and so it only makes sense that he would dedicate so much of his time and money to aiding the less fortunate. Not only that, but he also spends a lot of his time to help inspire and encourage young entrepreneurs, as he was once inspired. Throughout his career, Daymond has worked with charitable organizations like Charitybuzz, the Hip-Hop Summit Youth Council, the Network for Teaching Entrepreneurship, and the Workshop in Business Opportunities.