What Happened to Katherine Heigl – What She’s Doing Now 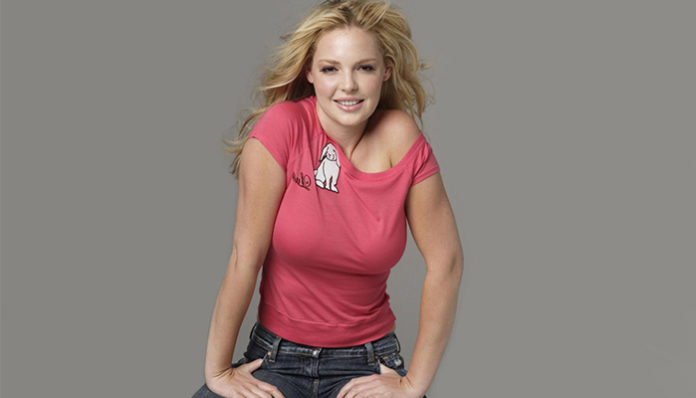 As an actress, Katherine Heigl first rose to fame as Izzie Stevens in the medial drama, Grey’s Anatomy during the mid to late 2000’s. At the age of nine, her life took a turn; her aunt, convinced of her beauty and charm, had sent pictures of her to several modelling agencies. As fate would have it, the renowned Wilhelmina Models Agency eventually answered back, offering the young Heigl a modelling contract. Jumping at the opportunity, the blonde soon began starring in a number of television commercials; she also started to audition for various acting roles. With a little bit of luck, she later made her big screen debut in the feature film, That Night (1992) when she was fourteen years old. From there, she appeared briefly in the movie, King of the Hill (1993), prior to being cast in her first lead role in the romance comedy, My Father the Hero (1994) at the age of sixteen. In 1999, she was met with a big break when she was offered a starring role in the teen sci-fi series, Roswell.

As her popularity slowly began to rise, Heigl found herself landing more frequent roles on television. Following her time on Roswell, the actress starred in a number of low budget TV films including Critical Assembly (2003), Vegas Dick (2003), Love Comes Softly (2003), and Love’s Enduring Promise (2004). Around that same time, she also appeared in the movies, Descendant (2003), and Side Effects (2004)ーthe last of which she also worked on as an executive producer. Ultimately it wasn’t until 2005, that Heigl received the biggest role of her career when she was cast as Izzie Stevens, one of the lead characters, in ABC’s medical drama, Greys Anatomyーone which eventually earned her a Primetime Emmy Award for the category of “Outstanding Supporting Actress in a Drama Series” in 2007. Speaking of awards and recognitions, the blonde has also received two CAMIE Awards, two People’s Choice Awards, a Teen Choice Award, a Screen Actors Guild Award, amongst numerous nominations.

Besides all that she’s accomplished in the show business, Heigl has also worked closely with the Best Friends Animal Society over the years. A strong animal advocate, she has participated in countless projects, including the Pup My Rideーone where small dogs are transported from high-kill shelters to other parts of the country for a greater chance of life. The co-founder of Hounds of Hope, a non-profit dog rescue organization, she was also honoured with a “Presidential Service Award” by the ASPCA in 2010, for all that she’s done for the welfare of animals. An avid animal lover, Heigl and her family shares their home with eight dogs.

So what has the decorated actress and animal advocate been up to recently? What are some of the latest projects that she’s been spending time on? What happened to Katherine Heigl? Where is she now in 2018? 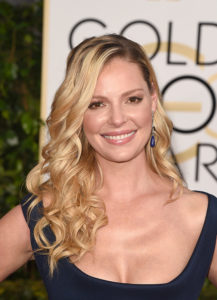 Born on November 24, 1978, in Washington, D.C., Katherine Marie Heigyl is the youngest daughter of Paul and Nancy Heigl, a financial executive and a personal manager respectively; she is of German and Irish descent. As a young girl, the blonde and her family lived in Virginia and Denver briefly, prior to settling into a Victorian-style farmhouse in the Connecticut town of New Canaan when she was five years old.

Heigl had what she described to be “a wonderful childhood”; things were simple, and she spent much of her time playing games with her siblings and friends. However, life soon grew difficult. When she was seven, her older brother, Jason, had been fatally killed in a car accident. Shortly after the tragic incident, the family turned towards Mormonism; a faith that ultimately helped them to get through the tough times.

When Heigl was nine years oldーtwo years after the harrowing event, her life took a turn when her aunt sent a few pictures of her to a number of modelling agencies. It wasn’t long until they were contacted by Wilhelmina Modelsーone of the most prominent talent agencies in the world. Jumping at the chance, the blonde signed with the company and began starring in a handful of television commercials. Curious about the acting lifestyle, she also attended multiple auditions around that time in hopes of landing a role. Her luck finally came in 1992, when she was cast as a small role in the romance movie, That Night; it also served as her film debut. After securing another minor part in King of the Hill (1993) the following year, Heigl received her first starring role in the romance comedy, My Father the Hero (1994), where she starred alongside actor, Gerard Depardieu, who played her on-screen father. 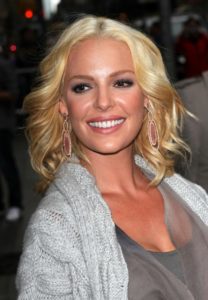 Over the next few years, the aspiring actress contained to appear in multiple films including Under Siege 2: Dark Territory (1995), Prince Valiant (1997), Stand-ins (1997), Bride of Chucky (1998), and Bug Buster (1998). After many years of hard work, she received a big break when she was cast as one of the lead characters in the science fiction series, Roswell (1999) at the age of twenty one.

Created by Jonathon Dukes, Roswell premiered on The WB Network on October 6th, 1999. Based on a series of novels by author, Melinda Metz, it followed the lives of three young alien and human hybrids, each with their own extraordinary powers, in a small town called Roswell. Filmed in and around California, the pilot episode was met with generally positive reviews; it didn’t take long for the series to garner a sizeable fan base. In the series, the actress played the part of Isabel Evansーone of the three friends harbouring alien DNA. Aside from Heigl, Roswell also featured Shiri Appleby, Jason Behr, Brendan Fehr, Emilie de Ravin and Majandra Delfino. The series continued for three seasons and played a large role in the launching of the actress’ career at the time. By the time it came to an end in May 2002, there had been over 60 episodes.

The next year, Heigl starred in the horror film, Descendent (2003) alongside Nick Stabile and Jeremy London. Released in theatres on June 17th, 2003, the thriller revolved around a troubled writer named Ethan Poe, who after falling in love with a young woman, finds himself faced with the fact that her family and friends are beginning to vanish one by one; things only grow worse after the police gets involved as they see him to be the primary suspect. While actor Jeremy London played the role of Ethan Poe, Heigl portrayed the part of his on-screen love interest, Ann Hedgerow. Besides the two, Descendent also starred Arie Verveen, Nick Stabile and William Katt. Upon hitting the screens however, the movie was met with generally negative reviewsーmany panning it for its underwhelming script, and directing.

The same year, the actress also appeared in a series of television films including Critical Assembly (2003), Love Comes Softly (2003), Vegas Dick (2003), Evil Never Dies (2003), and Wuthering Heights (2003). Shortly afterwards, she went on to star in yet another made-for-television movie, Love’s Enduring Promise in 2004. After having played dozens of smaller roles, Heigl finally received a breakthrough in her career, when she was cast as Dr. Isobel Stevens in the ABC medical drama, Grey’s Anatomy (2005).

Created and written by Shonda Rhimes, Grey’s Anatomy premiered on ABC on March 27th, 2005, as a mid-season replacement. Starring Ellen Pompeo, Sandra Oh, Justin Chambers, T.R. Knight, Patrick Dempsey, amongst others, the series centred around the lives and relationships of a group of doctors in a fictional Seattle hospital. Upon its release, Grey’s Anatomy was met with positive reception, having attracted over 16 million viewers for its pilot episode. One of the most popular medical dramas ever to have graced the small screen, it managed to garner over 25 million viewers at one point during the third season. In the show, Heigl portrayed the role of Isobel Stevensーa medical intern who eventually worked her way up to become a surgical resident in the fictitious hospital. For her portrayal of Stevens, the actress received a Primetime Emmy Award for “Outstanding Supporting Actress in a Drama Series” in 2007. Altogether, Heigl was a part of the main cast for a total of six seasons; she later departed from the series in 2010 to work on other projects. 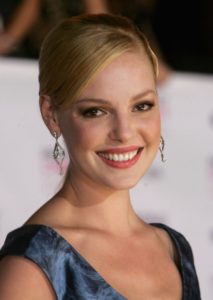 Following her time on the medical drama, the blonde turned towards the big screen and starred in a handful of moviesーone of which was the animated comedy, The Nut Job (2014). Although it was her first time working as a voice actress in a film, it garnered her much praise; in fact, the role later went on to earn her a BTVA Feature Film Voice Acting Award nomination in 2015.

Based on an animated short, Surly Squirrel by Peter Lepeniotis, The Nut Job revolved around a group of squirrels who plan on raiding a local nut store for food in order to survive the winterーlittle did they know however, that the shop also doubled as a criminal hideout for bank robbers. Released in theatres on January 16th, 2014, the indie film debuted at number three and grossed over $19 million in its opening weekend; it eventually grossed over $128 million worldwide by the end of its theatrical run. Despite the less-than-ideal reviews that came with the movie, it managed to snag a Canadian Cinema Editors Award for “Best Editing in Animation” later that year, amongst other nominations.

Eventually going back to television, Heigl starred in the espionage thriller series, State of Affairs (2014)ーa show that she also worked on as an executive producer. Created by Alexi Hawley, it centred around a CIA officer (played by Heigl) who is tasked with the presenting and assembling of the President’s Daily Briefing. Met with generally mixed reviews upon its debut, State of Affairs continued for thirteen episodes prior to being cancelled by NBC in the spring of 2015; the final episode aired on February 16th, 2015. The series’ main cast also included actors Alfre Woodard, Adam Kaufman, Sheila Vand, Tommy Savas and David Harbour.

What is Katherine Heigl Doing Now in 2018 – News and Updates 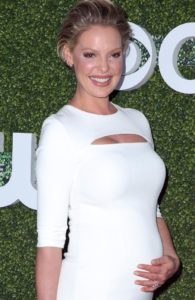 Since then, the actress hasn’t starred in any other television seriesー but from the looks of it, that’s about to change. Just recently, it was announced that Heigl will be starring in an upcoming television drama called Doubt (2017). Currently still filming, it will revolve around the life of a successful defence lawyer, according to a preliminary synopsis that has been released. In it, the blonde will be portraying the main role of Sadie Ellis; other cast members will include Steven Pasquale, Laverne Cox, Dule Hill, and Dreama Walker.

Aside from news on the show biz front, the star also revealed this past June she is expecting her first biological child together, a son, in January 2017 with her husband, Josh Kelleyーit will be their third child as the pair has two adopted daughters from South Korea and the US.

If you’d like to stay connected with the actress, you can do so by following her on Twitter at @KatieHeigl.