During the 1990’s and 2000’s, Keanu Reeves was one of the more popular actors out there. His performances in such iconic films as The Matrix and Speed have put him on the map so to speak, as an actor who is both critically acclaimed and popular among mainstream audiences. In recent years, however, Keanu has opted to act in more independent, artistic productions than he has in mainstream blockbusters. What has he been up to lately? In this article, I’m going to be discussing Reeves’s rise to prominence in Hollywood, while also making sure to provide you all with an update as to where he has been taking his career more recently. Without further ado, let’s see what has been going on with this beloved actor.

Keanu Reeves was born in September of 1964 in Beirut, which is in Lebanon. His mother was English, and his father was Hawaiian. Keanu’s father left him at a fairly young age, and so during his early life, he moved around a lot as his mother remarried to other men. His first exposure to “show business” came in the 1970’s. In 1970, Reeves’s mother (a costume designer) married Paul Aaron, who worked on various Hollywood and Broadway productions. While Reeves was young, he served as a production assistant with Aaron on various projects. When he was just nine years old, he appeared in his first theatre production: Damn Yankees. When he turned 15, he played the role of Mercutio in a production of Romeo and Juliet. Although his mother eventually divorced from Aaron, Keanu’s experiences and interest in entertainment would stick with him for a very, very long time. 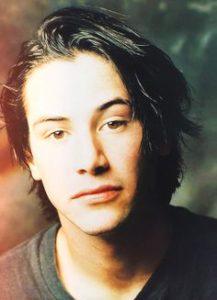 During his early life, Reeves moved around a lot, which of course meant that he went in and out of several different high school. He wasn’t known for being a particularly good student, being disorderly and more interested in athletics than in academics. Due to his dyslexia, he struggled with standard class work. Keanu was known for being a prolific hockey player, and it has been said that he probably could have pursued a serious career in the sport before he suffered a serious injury. With that potential life path being completely sealed off, Reeves turned back to acting. He dropped out of high school at the age of 17 in order to more seriously pursue an acting career. At the age of 20, he had moved to Los Angeles. While living there, Keanu stayed with Paul Aaron, who was now directing both stage and television-based productions. He made his television acting debut when he had a very small appearance in an episode of the Canadian sitcom Hangin’ In.

Keanu saw himself in his first major film role in 1986, when he had a small role in the sports film Youngblood, which starred the likes of Rob Lowe and Patrick Swayze. Amusingly enough, the film was all about hockey, and Keanu played the role of a goalie. This, of course, is the same position that he played when he actually played hockey growing up. This was just a minor role, but it obviously helped to build a strong foundation for his future career in acting. Just later that year, he had a much larger role in the movie River’s Edge, which was a highly critically successful film. It seems a little cliche for a major actor to get his start by appearing in a teen horror flick, but Keanu Reeves’s work in River’s Edge helped him to be cast in several other films aimed at a teen audience, including the classic Bill & Ted’s Excellent Adventure. This film, interestingly enough, was a huge hit, and today is considered to be a cult classic.

Keanu Reeves, The Matrix, and More 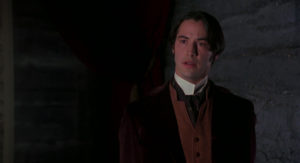 In 1991, Reeves was able to reprise his role of Ted in the film Bill & Ted’s Bogus Journey. Following the release of this movie, it seemed like Keanu was interested in breaking out of teen films. They’re good for a quick buck and they helped to drum up public interest, but he figured that he wanted to take his career to the next level. In 1991, he starred alongside Patrick Swayze in the film Point Break, an action movie that was positively received from a commercial point of view. The film made $83.5 million off of a budget of $24 million, and Keanu’s performance was praised for being a mature step up from his previous roles. In 1992, he had a major role in the box office hit Bram Stroker’s Dracula, portraying Jonathan Harker. Although the film itself was well-received, critics absolutely tore Keanu apart for his performance, mocking his poor British accent and feeling as though the role exposed his lack of experience in acting.

Reeves took this slight with grace, however, and in 1994, he starred in the film Speed. This was considered a polarizing casting initially, since Reeves was more well-known for his performances in comedies and independent films. Speed, a big budget action movie, was neither of those things. However, the film made a lot of money at box office, taking home over $350 million on a $30 million budget. Keanu’s performance was deemed outstanding, and it seemed like he was really turning over a new leaf in Hollywood. However, he continued to go his own way, so to speak, by taking his career as he saw fit. He turned down a role in a sequel to Speed, entitled Speed 2: Cruise Control, because he wanted to tour with his band and perform in a Canadian production of Hamlet. (If you’re interested, his depiction of Hamlet has been said to be one of the greatest of this era.) Reeves made a couple of poor career moves when he appeared in the films Johnny Mnemonic and Chain Reaction, films that were both ripped by the press. However, he recovered when he starred in The Devil’s Advocate, which was a very well-reviewed film. 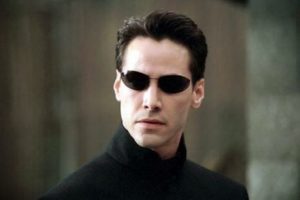 In his most iconic role, Reeves starred in the science fiction film The Matrix. The film, which was critically and commercially successful, is today considered one of the greatest films of its time. By being able to be a part of such an iconic production, Keanu essentially cemented his legacy as an actor. He carried this success through later years, putting on a critically acclaimed performance in the 2000 film The Gift. Reeves was able to reprise his portrayal of Neo through The Matrix Reloaded and The Matrix Revolutions, two movies that were also deeply influential and successful. Later on in the 2000’s, he appeared in films like A Scanner Darkly, The Lake House, and The Day the Earth Stood Still, which were all pretty popular, receiving mostly positive reviews. However, entering into the 2010’s, Keanu’s career majorly slowed. Always marching to the beat of his own drum, Reeves was focused on different artistic pursuits. Beginning in 2008, he began work on his directorial debut. In 2011, he produced a documentary called Side by Side.

Outside of those more avant garde projects, has also recently appeared in a couple of other notable projects. In 2014, he starred in the titular role in John Wick, a film that was hailed as one of the year’s best. Outside of that role, however, he hasn’t really appeared in anything that people in the general public would know about. What kind of projects are he working on right now?

If you are a fan of Mr. Reeves’s acting ability, I don’t think that you have to worry about him going away anytime soon. In 2016, he had a cameo appearance in the comedy film Keanu, which was a box office disappointment. Outside of that, he also appeared in Exposed (a direct to on demand film), The Neon Demon (an Amazon film), The Bad Batch (an independent film), and The Whole Truth. In 2017, the biggest project that he has coming up is John Wick: Chapter 2, where he is set to return as the titular character. This will certainly be one of the more highly-anticipated films of the year. Keanu is also set to appear in the movies To the Bone and Replicas, which are two more independent productions. There are rumors circulating that Keanu could potentially appear in a new Bill & Ted movie in the near future, and he has been in talks to play Spike Spiegel in a live-action adaptation of the classic anime series Cowboy Bebop for many years now.

Given how eclectic Reeves tends to be in his career decisions, it’s understandable that there may be time periods where he drops off of Hollywood’s radar for a couple of years. However, even if you don’t hear from him for a little while, rest assured in knowing that he will continue to work in Hollywood at least through the near future.