Kevin O’Leary is perhaps most well-known for being the Grinch of the Shark Tank. He comes off as greedy, and money hungry. Well, he didn’t get rich by spending money wildly, but he is outrageously generous. Let’s take a deeper look into this interesting man’s life.

How Did Kevin O’Leary make their money & wealth 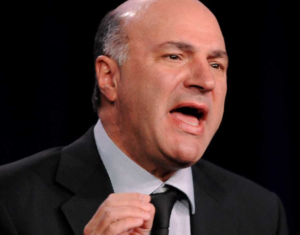 Kevin O’Leary was born in Montreal, Canada. His mother was a small business owner and an investor, and his father was a Salesman. His parents divorced when he was young, and his father died soon after. His mother, Georgia, took over the business, and later married an economist who worked with the International Labour organization of the UN. Kevin O’Leary always had a strong business background. The family moved frequently, but Kevin was able to attend Quebec schools such as Stanstead College and St. George’s School. Kevin watched his mother invest 33% of her weekly paycheck in dividend-paying stocks and interest-bearing bonds. These earned her High returns and her Investment Portfolio. She always encourages Kevin to save a third of his money. This money saving strategy definitely ended up paying off later.

Kevin’s life was a most outrageously different. He had wanted to be a photographer, but he took his step father’s advice and attended University. It was here that he developed his interest in investing in business. He received a bachelor’s degree with honors and Environmental Studies and Psychology from the University of Waterloo in 1977. Soon after he earned an MBA in entrepreneurship from the Ivey business school at the University of Western Ontario in 1980. It was at that school that Kevin was picked to do an internship at the Disco, and then he worked as an assistant brand manager for their cat food line. After moving on from Nabisco, Kevin co-founded special event television, which was a successful television production company which produced original content. He did this with two former classmates. Kevin was later bought out for $25,000.

Kevin’s next business venture was Softkey, which was a distributor and publisher of CD-ROM based computer software for both MacIntosh and Windows computers. O’Leary started that business with only $35,000 in seed capital. The company was run out of his basement in Toronto. The industry of information technology equipment was an excellent one to get into in the late eighties. Softkey produced various educational software products which concentrate on reading and mathematics education. It was intended for personal use at home, and the success of this business allowed him to look into licensing the software instead of creating it himself. The company manages to survive heavy competition, and it was successful all through the nineties. Softkey managed to absorb rivals such as Spinnaker software and word star. It changed its name in 1995 to The Learning Company, right after acquiring TLC for 606 million dollars. O’Leary sold the whole company to Mattel in 1999, which resulted in Mattel losing millions of dollars, and O’Leary having to settle a class-action lawsuit.

Interestingly enough, Kevin O’Leary once tried to acquire Atari, the Retro video game company. The attempt was unsuccessful. In 2003, Kevin became the director at Storage Now, which was a developer of storage facilities which were climate controlled in Canada. He invested $500,000 and sold it for more than 4.5 million dollars in 2005. In 2008, O’Leary Funds were co-founded with Connor O’Brian. O’Leary funds with the mutual fund company which concentrated on global yield investing. Kevin shares the company with his brother, Shane O’Leary. The fund has grown from 400 million dollars to an astonishing 1.2 billion dollars in the matter of a year. It was sold in 2015 to Canoe Financial, which is a Canadian private investment management company. 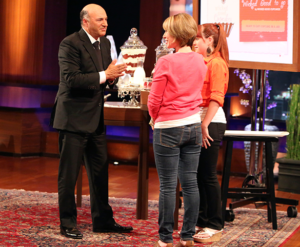 In addition to his businesses, and Shark Tank appearances, Kevin also makes money on his books. He released a book called cold hard truth colon on business, money, and life which showcases his views on finance and business. He released the sequel in 2012 which was called the Cold Hard Truth on Men, Women, and Money: 50 Common Money Mistakes and How to Fix Them. Shark Tank is not the only TV show that Kevin has appeared on. The 62-year-old businessman has been a former co-host of Squeeze Play which was on a Canadian business news television network. He also worked as a co-host for the Disney Channel’s Discovery Project Earth, which discussed ways to reverse climate change.

One of the most surprising things about Kevin O’Leary is his recent switch to the Conservative Party of Canada, as well as his newly found interest in running for the leadership election of the party. He stated that Donald Trump had shown him that businessmen could have run for high positions of power. Kevin once offered to invest a million dollars into Alberta’s economy is the Premier Rachel Nolte was to resign. He received a lot of flack for that. Kevin just doesn’t throw his money at political campaigns and businesses. He also is an avid collector of interesting things, such as expensive guitars and vintage cameras. Kevin also enjoys buying some of the finer things in life such as pricey wine, pens, and vinyl records. 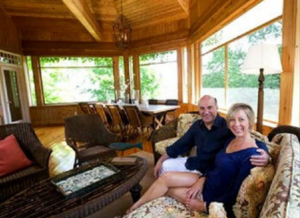 Kevin O’Leary owns property in Boston as well as Toronto. He informed Boston magazine that Boston was his real home. He lives in a residential condo unit 1 Marlborough Street that was built in 1899. The building’s value is a cool $800,000. The inside of the condo looks cozy, with comfortable chairs and an entire room filled with guitars.
Kevin O’Leary’s Car
T 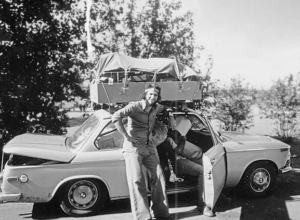 he O’Leary fund owns and runs several car dealerships, but O’Leary prefers to lease the vehicles that he drives. According to a 2011 article on a Canadian car magazine’s website, the first car Kevin ever owned was a BMW 2002, which he purchased in 1976 to impress a girl. It did not work.
Kevin O’Leary’s Shark Tank Investments
Kevin O’Leary has funded an impressive number of businesses during his tenure on Shark Tank – 40 to be exact. That’s still only 8% of the 531 entrepreneur pitches he’s considered over the course of the 131 episode run. O’Leary invested almost $9,000,000 on air, but not all of those deals have come to fruition. His top investment was more than a quarter of his total – Kevin invested $2,500,000 in Zipz, which is a business that sells single-serve wine glasses. The least amount of money the Kevin invested was $25,000 in Paparazzi Proposals, which he split with Lori Greiner. Kevin has done 65% of his deals with another Shark, and that other Shark is most frequently Robert Herjavec.

Charity and donations and philanthropy
Kevin O’Leary regularly gives money to entrepreneurs in need on the Shark Tank, but he also provides charity without expecting a return on his cash. Kevin and his wife decide on seven charities which support causes such as climate change and education, and they made consistent donations for a five-year period before choosing seven new funds. Kevin also created the Future Dragon Fund, a Canadian organization which gave away $5,000 in prizes to 11th and 12th graders. In 2012, Kevin hosted a show in Canada called Redemption Inc, which provided ex-convicts with $100,000 to start their own business if they won the elimination-type competitions. The cash for the winner was funded from Kevin’s personal money stash.
Kevin O’Leary’s Accomplishments: 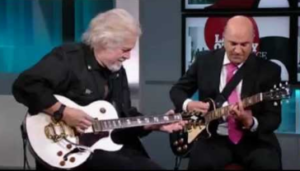 Kevin O’Leary’s accomplishments are many, from his television appearances to his successful businesses. He managed to profit from the computer industry at just the right time, and with just the small investment of $10,000 from his mother. Despite looking like a stereotypical evil businessperson, he still does charitable works. Kevin is an accomplished author, and also owns O’Leary Fine Wines.