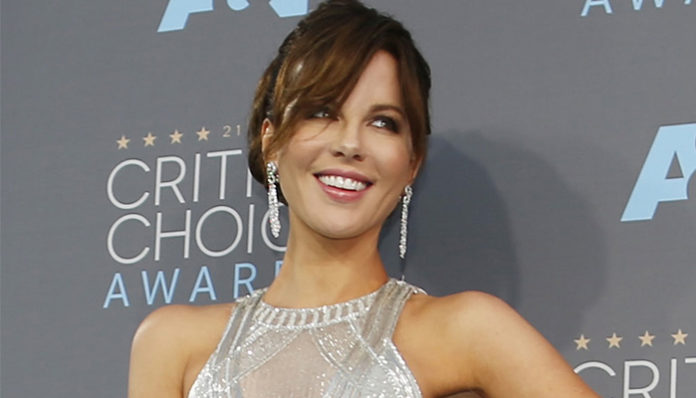 Kate Beckinsale is a British actress who is best known for her portrayal of Selene in the Underworld films. The daughter of late actor Richard Beckinsale, she made her first television appearance at the tender age of four. While she was a student at Godolpin and Latymer School, the brunette became a member of the Orange Tree Youth Theatre. Later involved with the Drama Society at Oxford University, Beckinsale took part in a production of Arthur Miller’s A View from the Bridge at the Oxford Playhouse. Pursuing her dreams of becoming an actressーsomething which she aspired to be ever since she was a young girlーshe made her television debut in the detective series, Devices and Desires (1991). Some of her other early roles include Anna Lee: Headcase (1993), Cold Comfort Farm (1995), Emma (1996), and Alice Through the Looking Glass (1998). Eventually transitioning to film in the latter part of the 90’s, she went on to make small appearances in Shooting Fish (1997), The Last Day of Disco (1998), and Brokedown Palace (1999), to name a few.

After many years of climbing up the industry ladder, Beckinsale received a big break in 2003 when she was cast as a lead role in the action horror film, Underworld. A huge success at the box office,  the actress’ brilliant on-screen acting garnered her much praise and applause; for her portrayal of Seleneーthe female protagonist in the movieーshe received a Teen Choice Award nomination and a  Saturn Award nomination in 2004. Since then, Beckinsale has gone on to reprise her role in the subsequent film sequels including Underworld: Evolution (2006), Underworld: Rise of the Lycans (2009), Underworld: Awakenings (2012), and Underworld: Blood Wars (2016). Aside from her work in the Underworld film series, the brunette has also starred in Van Helsing (2004), Vacancy (2007), Whiteout (2009), Everybody’s Fine (2009), and Contraband (2012). From the time she first appeared in front of the cameras as an actress, Beckinsale has been involved in over 45 different projects and has also accumulated over two dozen different awards and nominations.

Complete with a modelesque frame, the brunette beauty has also worked as a professional model. In the early 2000’s, she starred alongside American actor, Orlando Bloom in a television advertisement for Gap Clothing. Since then, Beckinsale has also posed and modelled for Absolut Vodka, Diet Cook, and Lux Shampoo, amongst many other companies. One of the most popular actresses from Britain, she has been featured as a guest in several TV specials and talk shows over the years including The View (2004), Total Request Live (2006), Made in Hollywood (2011), Late Show with David Letterman (2012), and Jimmy Kimmel Live! (2012), the list goes on.

So what has the actress of Underworld fame been doing as of late? What new acting roles have she taken on these recent years? What happened to Kate Beckinsale? Where is she now in 2018? 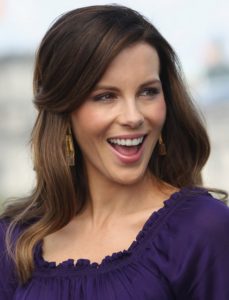 Born on July 26, 1973, in Chiswick, London, Kate Beckinsale (Birth Name: Kathrin Romary Beckinsale) is the daughter of Judy Loe, and Richard Beckinsaleーboth of whom worked in the entertainment industry as actors. When the brunette was four years old, she made her television debut in an episode of the documentary series, This is Your Life, which was dedicated to her father.

Just a year after making her TV appearance, her fatherーwho was only 31 years old at he timeーsuddenly passed away from a heart attack. Although the loss affected her greatly, she eventually grew fond of her step-father, Roy Battersby, whom she and her mother began living with when she was nine years old. From her step-father’s previous marriage, she has four step-brothers and a step-sister.

As a student, Beckinsale went to Godolphin and Latymer Schoolーan all-girls independent school located in Hammersmith, West London. Following her high school graduation, she attended Oxford University where she studied Russian and French literature. During her time there, she joined the Dramatic Society with which she later took part in a production of Arthur Miller’s, A View from the Bridge. After three years at the college however, she eventually dropped out in lieu of pursuing an acting careerーsomething that she’d always wanted to do ever since she was young. Even prior to her dropping out of school, Beckinsale had appeared in a handful of TV projects including Devices and Desires (1991), One Against the Wind (1991), Rachel’s Dream (192), and Anna Lee: Headcase (1993). Continuing with her burgeoning career, the aspiring actress soon landed a part in the made-for-television movie, Cold Comfort Farm in 1995. 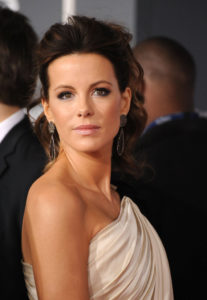 In 2001, Beckinsale starred in her first blockbuster film, Pearl Harbor alongside big-name actors Ben Affleck, Josh Harnett, and Tom Sizemore. A dramatic retelling of the Pearl Harbor events of December 1941, the historical epic was released in theatres on May 25, 2001.

Despite the fact that it was met with numerous negative reviews from criticsーmany of whom panned the movie for its historical inaccuracies and underwhelming scriptーPearl Harbor was a massive box office success, earning over $449.2 million worldwide throughout its theatrical run. In the film, Beckinsale portrayed the part of Evelyn Johnson, a nurse whom befriends Rafe McCawley (played by Affleck), one of the two lead male protagonists. The third highest-grossing romantic drama movie of all time, Pearl Harbor received many industry recognitions including two Golden Globe Awards nominations and four Academy Award nominations.

After a couple of smaller movie appearances, Beckinsale received a breakthrough in her career when she was cast as a starring character in the action horror, Underworld (2003). The first instalment of the film series, it revolved around a beautiful young warrior by the name of Selene (played by Beckinsale), who finds herself falling in love with a human, amidst a war between werewolves and vampires; as she comes to know him better, she discovers that he is the target of the former group for unknown reasons. Released in theatres on September 19, 2003, Underworld also starred actors Scott Speedman, Bill Nighly, and Shane Brolly, who played the roles of Michael Corvin, Viktor, and Kraven respectively. Although many critics were less than enthusiastic about the film’s shallow storyline and graphic visuals, some viewers praised it for its unique, gothic style. Supported by a four-star soundtrack, Underworld went on to gross over $95 million worldwide. 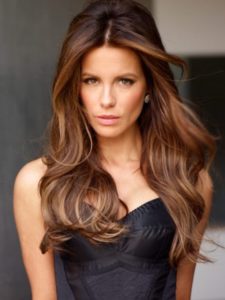 In 2004, the actress returned to the big screens in the dark fantasy film, Van Helsing opposite of Hugh Jackman. Based on the character created by Bram Stoker, it followed the adventures of a notorious monster hunter named Gabriel Van Helsing (played by Jackman), who is sent to Transylvania in attempts to stop Count Dracula from succeeding at his nefarious antics.

In the movie, Beckinsale played the part of Anan Valerousーone of the last descents of an ancient Romanian bloodline; other starring members of the cast includes Richard Roxburgh, David Wenham, Shuler Hensley, Elena Anaya and Will Kemp. Upon its theatrical release on May 7, 2004, Van Helsing proved to be popular amongst viewers, despite having garnered negative reviews from critics; it peaked at number one at the box office during its opening weekend. While some described it to be “spectacular, silly, and fun”, others criticized it for its overuse of special effects. In spite of everything, Van Helsing went on to gross an impressive amount of over $300 million, from a budget of $160 million.

Two years later, Beckinsale reprised her role as Selene in the direct sequel Underworld (2003)ーUnderworld: Evolution (2006). A follow-up to the original, it marked the return of Len Wiseman as the film’s director. Produced on a production budget of $45 millionーover two times that of the first movie’sーit followed Selene and Michael as they venture out to find clues about the history of the ongoing war and their two different races. Starring most, if not all of the original cast, Underworld: Evolution was released in theatres on January 20, 2006. A box office hit, it grossed close to $27 million over its opening weekend; it has since earned more than $111 million across the globe. In spite of the fact that it was poorly received by critics, the action horror movie seemed to have appealed to fans of the first film. For her performance, Beckinsale received a Golden Schmoe Award for “Best T&A of the Year” and a Scream Award for “Scream Queen” in 2006.

Although the film series later included a third sequel, Underworld: Rise of the Lycans (2009), the actress played nothing but a cameo in the movie. It wasn’t until 2012, that she once again returned to the screens as Selene in the fourth instalment, Underworld: Awakening. The first movie of the franchise to be released in Digital and IMAX 3D, its cast consisted of Stephen Rea, Michael Ealy, India Eisley, Theo James, and Sandrine Holt. Directed by Bjorn Stein and Mans Marlind, it followed Selene as she leads a battle against humankind, who have recently discovered the existence of the Lycan and Vampire clans. Filmed in Vancouver, British Columbia, Underworld: Awakening was released theatrically on January 20, 2012. The most successful film of the series, it grossed over $160 millionーbeating the previous record of $111 million held by the second instalment, Underworld: Evolution (2006). Similar to its predecessors, the movie was a major box office hit, despite having received numerous negative reviews from critics.

That same year, Beckinsale also starred in the sci-fi action film, Total Recall (2012). Adapted from a movie of the same title from 1990, it centred around Douglas Quad, an ordinary factory worker who accidentally stumbles upon the fact that his current life is nothing but a lieーsomething created from false memories that have been implanted into his brain by the government. While actor Colin Farrell portrayed the part of Quad, the actress played the role of Lori Quaid, an undercover UFB agent posing as the former’s wife. Produced on a budget of $125 million, Total Recall later went on to earn over $198 million at the box office. Aside from the two actors, the film also starred Jessica Biel, Bryan Cranston, Bill Nighly and Bokeem Woodbine. 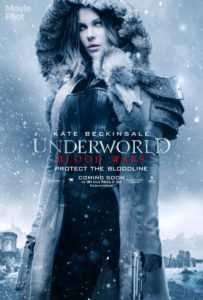 Right now, the actress is busy filming for an upcoming drama film called, The Only Living Boy in New York (2017). Directed by Marc Webb, it will feature Beckinsale in the starring role of Johanna; she will also be joined by Kiersey Clemons, Jeff Bridges, Pierce Brosnan and Faith Logan in the movie. Although no official release date has been announced, the film’s plot will focus on a recent college graduate, whose life has been uprooted by none other than his father’s mistress.

Another project that Beckinsale has been working on recently is the highly anticipated Underworld: Blood Wars (2016). The fifth instalment of the franchise, it was released in a handful of countries in November 2016; it is currently set to be released in the United States on January 6, 2017.