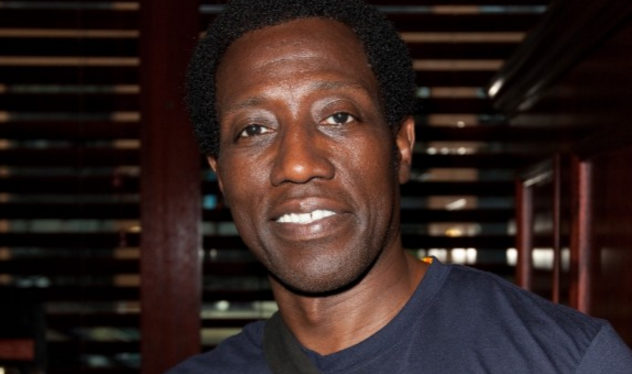 With the booming trend of vampires and werewolves, people naturally visualize a main character from The Vampire Diaries or even Edward Cullen from Twilight when associated with the term vampires. But one vampire-human hybrid that has garnered his share of fans among the Marvel Comics fans has fallen into the shadows of these mainstream vampires. His name is Blade and he would probably get along just fine with Buffy. Although Blade was a lesser-known vampire, Wesley Snipes has done an excellent job of bringing this character to life on the big screen. Through his most memorable role, Wesley Snipes has built a Blade Franchise which has contributed to Marvel’s great success in the years. Although this role has attributed greatly to his success in the industry, Wesley Snipes has fallen from stardom in the coming years. What happened to Wesley Snipes and what is he doing now?

Wesley Trent Snipes was born to parents Maryann and Wesley Rudolph Snipes in Orlando, Florida on July 31, 1962. Growing up in New York City in the South Bronx, Wesley knew right away that an acting career was something he wanted to pursue. In addition to acting, Wesley Snipes has studied martial arts extensively since the age of 12 and earned his 5th degree black belt in the coming years. To jumpstart his dream career, he attended LaGuardia High School of Music, Art and Performing Arts and finished his high school education in Florida. Snipes attended the State University of New York at Purchase focusing deeper into acting graduating in 1985 with his Bachelors of Fine Arts. It wasn’t until the age of 23 that Wesley received his film debut role in the 1986 film Wildcats. In the years after, he accepted other smaller roles in films only to land his first major role in the film Jungle Fever and subsequently, New Jack City. Wesley Snipes has reached a great period in his acting career in the 1990s starring in bigger films like The Waterdance, Passenger 57 and White Men Can’t Jump. Prior to his renowned role in Blade in 1998, Snipes tried out other genres of film. He has won the best actor award for his role in the film One Night Stand, at the Venice Music Festival. Snipes received his most memorable role in the film Blade, grossing over $150 million worldwide. Wesley Snipes has turned Blade into a movie series which has captivated comic fans as well as fans with no prior exposure to the comic world. The Blade Trilogy has grossed over $400 million worldwide.

In 2008, Wesley Snipes was convicted of tax evasion due to his failure to file his tax returns from 1999-2001. He received three misdemeanor counts and had to serve three years in federal prison along with his co-defendants Eddie Ray Kahn (a tax protestor) and Douglas Rosile (accountant and tax preparer). Snipes argued that because he was “non-resident alien”, he should not be subject to taxation. Within the three year period, it is estimated that Snipes had roughly $13 million in unreported gross income. Eddie Ray Kahn is the head of an organization, American Rights Litigators, who helps his clients fight the IRS. On December 9th, 2010, Snipes began his three year sentence in Pennsylvania. Originally set to be released in July 19, 2013, Wesley Snipes was released on April 2nd, 2013 and was placed under house arrest for the duration of his sentence.

Despite his imprisonment, Wesley Snipes has decided to continue his acting career and to pursue new projects in the future. Wesley has received a main role in the television series The Player. He has also received a role in The Expendables 3, which has allowed him to work alongside action star heavy-hitters such as Sylvester Stallone and Jason Statham. Snipes also had the opportunity to work with Spike Lee once again in the movie Chi-Raq. Snipes has attended the San Diego Comic-Con and revealed his interest in working with Marvel again, hopefully with a Blade 4 movie to come. Hopefully in the near future, we may get to see Blade interact with some of Marvel’s Avengers.