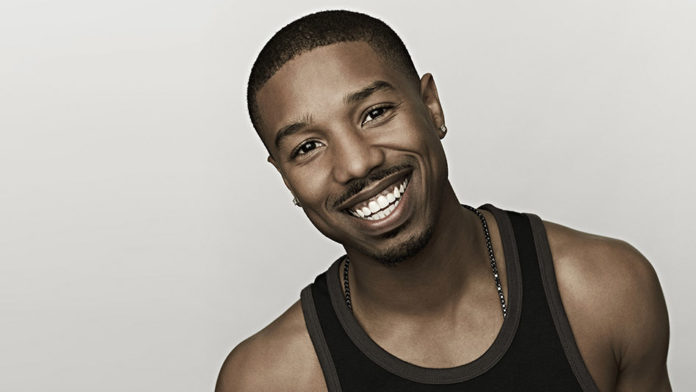 Even though a lot of people have only started to hear about Michael B. Jordan recently, this young actor has been grinding for years now. His acting debut came in the early 2000’s, and he has only just recently begun to receive the recognition that he deserves for his work on the silver screen. What did Michael do to become famous? How much money has he made since becoming famous? In this article, I’ll do what I can to answer those questions and more. Without further delay, let’s take a closer look into the net worth and career of Michael B. Jordan.

Michael B. Jordan Net Worth – $8 Million

How did Michael B. Jordan make his money & wealth? 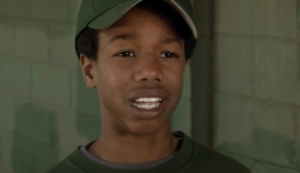 Michael Bakari Jordan was born in Santa Ana, California in February of 1987. Although he attended an arts high school, Jordan never really intended to enter acting. He began his professional career as a model, believe it or not. He modeled mostly for local companies. Michael began to act in 1999, when he held small television roles in shows like The Sopranos. One of his first major film roles was in Hardball, where Jordan played a minor part. Although the film was critically panned, it was still a role in an actual film. It would definitely not be his last, either. Michael probably saw his first big break in 2002, when he had a small part in the hit HBO series The Wire. Many great actors got their start on The Wire, and Jordan was definitely one of them.

Following this role, he landed a more long-time role on the soap opera All My Children. In the show, he played Reggie Porter, a teenager. Michael entered the role in 2003, and he remained with the series until his contract ended in 2006. In the years to follow that role, he saw small appearances in shows like CSI: Crime Scene Investigation, Cold Case, and Burn Notice. Jordan was able to get his hands on another major long-term television role in 2009, when he was cast as Vince Howard in the NBC drama Friday Night Lights. His performance was highly praised, and he remained with the show until 2011, when it ended. In just 2010, he was able to land another NBC drama role in Parenthood. By this point, it really began to seem like Michael B. Jordan had the whole “television actor” thing down pat. 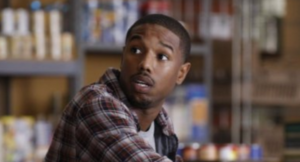 Like many successful television actors, Michael made the decision to branch out into acting in films. In 2012, he was in two films: Red Tails and Chronicle. The former did not do quite as well as the latter, but just like with Hardball, they were both still pretty big deals when one examines the total picture of his career. Chronicle in particular was actually something of a box office hit, and Jordan’s character was considered one of the more impressive parts of the film. As it turns out, Jordan was far from done. Just one year later, he starred in Fruitvale Station, a film about the shooting of Oscar Grant. Both the film and Michael’s performance received rave reviews from critics, and the world began to seriously think that this young actor had what it took to become something big. Later years would prove that to be a fair guess.

In 2014, Jordan appeared in the film That Awkward Moment, alongside co-stars like Zac Efron, Miles Teller, and Imogen Poots. That Awkward Moment was not particularly well-liked by critics, but it was still a box office success. The film would serve as a good primer for another major role that Jordan would land later on. In 2015, Michael appeared in arguably his most high-profile role, as Johnny Storm in the Fantastic Four reboot. The movie famously flopped, and a lot of people thought that Michael’s casting was controversial. Even so, he received a lot of exposure from his work on the film. As I mentioned before, it was and might still be one of his more high-profile roles. One of his most highly praised roles came one year later, when he was cast as the son of Apollo Creed in the film Creed. 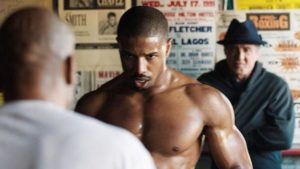 A successor to the Rocky film franchise, Creed was beloved by fans young and old. Physically, the role was incredibly demanding. Jordan didn’t ever have a body double during the film’s fighting scenes, which meant that he had to actually learn how to box in order to perform. Not only that, but the movie was highly praised for its use of one-take fight scenes. Creed was a physically exhausting film to star in, but Jordan proved a lot by being able to grin and bear it, so to speak. Outside of that, Jordan’s portrayal of Adonis Creed was acclaimed all around. Many people believe that he may have been snubbed, with co-star Sylvester Stallone receiving a nod during awards season. Even though his portfolio isn’t very large, and even though he’s pretty young by Hollywood standard, I still personally believe that Michael B. Jordan still has a lot to offer to both television and film.

Is Michael B. Jordan married?

No, Michael isn’t married. He’s only 29 years old, and although his dating life has been subjected to the same rumors and whispers of any young celebrity’s, it doesn’t seem like he’s put a ring on anything yet.

2016 was a pretty big year for Michael, as it saw the release of Creed, a film that was both commercially and critically successful. The film made over $170 million at box office, but it has been estimated that Michael only made around $1.5 million for his portrayal of Adonis Creed.

How much does Michael B. Jordan make per day?

Using that previous figure as a starting point, we can calculate Michael B. Jordan’s daily income with some simple arithmetic. It can be estimated that Michael makes approximately $4,100 per day.

Just like many other actors, Michael takes his responsibility as a wealthy and idolized member of society very seriously. Throughout his career, he has supported charitable organizations such as the Manifest Your Destiny Foundation, the Elton John AIDS Foundation, and Lupus LA. Since a lot of young stars tend to spend their money in frivolous or selfish ways, it’s definitely refreshing to see guys like Michael who dedicate their time and money to making a difference.

Although Jordan hasn’t starred in very many movies, he makes it count when he does. Over the years, he has earned countless nominations and several awards for his work. His awards include a Satellite Award for Breakout Performance for Fruitvale Station, an NAACP Image Award for Outstanding Actor in a Motion Picture for Creed, and a National Society of Film Critics award for Best Actor for Creed. Seeing as he has already been compared to Denzel Washington, it isn’t too unreasonable to think that this kid will be winning plenty more awards as he gets older.