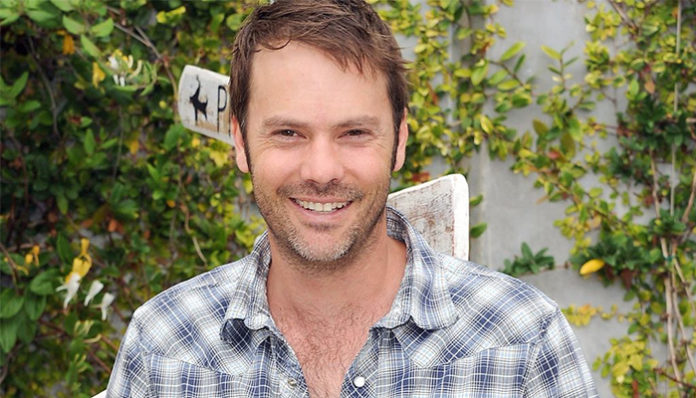 Barry Watson is an American actor who is best known for portraying Matthew Camden in the series, 7th Heaven. As a child, he began modelling when he was only eight years old. Following his parents’ divorce when he was a teen, he took off to California where he almost immediately landed a part in the NBC sitcom, Days of Our Lives (1990)ーone which lasted for a several months. Following his time on the show however, he found himself struggling to find further work. Feeling defeated, he ultimately returned home to Dallas, and went back to school. After graduating from high school at nineteen, he once again flew back to Los Angelesーhis passion for acting never having faltered over the years. Eventually, he landed a few minor roles in the made-for-television films, Fatal Deception: Mrs. Lee Harvey Oswald (1993), and Attack of the 50 Ft Woman (1993). From there, he later appeared in Sister Sister (1994) and The Nanny (1994).

Following a series of guest roles, Watson finally received a breakthrough in 1996, when he was cast one of the lead parts in the family drama, 7th Heaven. His first time playing a major character on TV, the show ultimately helped to launch his career into the path of success; to this date, it remains to be one of his best-remembered roles on television. For his portrayal of Matt Camden, the actor received a Teen Choice Award for “Choice Actor in a Drama”, amongst three nominations. From there, he landed yet another main role in the ABC comedy, What About Brian? (2006), where he starred alongside Sarah Lancaster, Rosanna Arquette, Matthew Davis and Rick Gomez. Towards the end of the 2000’s, he was cast as one of the lead protagonists in the ABC sitcom, Samantha Who? (2007)ーfor which he received another Teen Choice Award nomination for in 2008.

Although most of his work is on television, Watson has also taken part in several different films throughout his career including Teaching Mrs. Tingle (1999), Sorority Boys (2002), Boogeyman (2005), and Far from Home (2014). Aside from his on-screen time as an actor, he has also been invited on to a number of talk shows such as The Rosie O’Donnell Show (1999), The Late Late Show with Craig Ferguson (2005), Last Call with Carson Daly (2006), and Ellen: The Ellen Degeners Show (2009), amongst others. In 2007, he also starred in the documentaries, What About 3: The Season That Never Was, and Calling All Friends: The Story of ‘What About Brian’. An all-around talented man, Watson has even dabbled in directing (two episodes of 7th Heaven, and an episode of The Secret Life of the American Teenager, specifically)!

So what has the actor been up to since then? What are the latest additions to his filmography? What happened to Barry Watson? Where is he now in 2018? 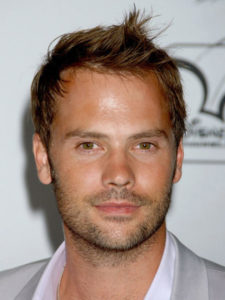 Born on April 23, 1974, in Traverse City, Michigan, Barry Watson (Birth Name: Michael Barrett Watson) is the son of Michael and Karen Watson, an attorney and paralegal respectively; he is the third oldest out of four siblings. Raised in the city of Dallas, Watson began modelling for various advertisements and commercials when he was right years old. Following his parents’ separation and eventual divorce when he was fourteen, he left home and took off to California.

As would have it, almost immediately after settling down in the new city, he landed a recurring part in the NBC sitcom, Days of Our Lives (1990)ーone that lasted for six months. Having enjoyed his first taste of acting, Watson began auditioning for other roles; however, it proved to be a challenge. With no further roles lined up, he ultimately returned home to Dallas, where he eventually went back to school.

After his high school graduation in 1992, he once again returned to Los Angeles, in hopes of continuing with his acting career. Whilst working at a House of Blues nightclub to help make ends meet, he started to attend a number of auditions. With much perseverance, he landed a small role in the television film, Fatal Deception: Mrs. Lee Harvey Oswald  in 1993; that same year, he also appeared in Attack of the 50 Ft. Woman (1993). Determined to make it big in the show business, he continued with his auditioning and was eventually given a couple of minor roles in the television series, The Nanny (1994), and Sister Sister (1995). It wasn’t until the following year, that he was met with one of the biggest breakthroughs of his careerーhe had been cast as a leading character in the NBC series, 7th Heaven (1996). 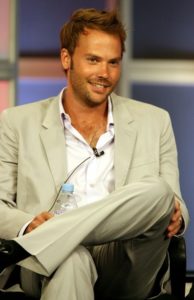 Created by Brenda Hampton, the family drama premiered on The WB in August 1996. Proving to be hugely popular, 7th Heaven quickly became one of the most watched television series on the networkーhaving attracted over 7.5 million viewers at the peak of its popularity. Starring Stephen Collins, Catherine Hicks, Jessica Biel, Beverley Mitchell, and David Gallagher, the series followed the life of Reverend Eric Camden (played by Collins), a Protestant minister in the fictitious California town of Glenaok. In it, Watson portrayed the part of Matt Camden, one of his four children.

Critically acclaimed, 7th Heaven has been cited as one of the best family-friendly shows by the Parents Television Council; in particular, it received much praise for emphasizing the importance of honesty, respect and family. Throughout its eleven-year run, the show received countless awards including two ASCAP Film and Television Music Awards for “Top TV Series.” For his splendid performance in the series, Watson also earned a Teen Choice Award for “Choice Actor in a Drama.”

While 7th Heaven was still ongoing, the actor also starred in the comedy flick, Sorority Boys (2002). Directed by Wallace Wolodarsky, it was released in theatres on March 22nd, 2002. Starring Michael Rosenbaum, Harland Williams and Watson, it revolved around three college boys  who end up dressing in drag, in order to live at the campus’ “dog house”ーthe living quarters for unattractive girlsーafter being kicked out of their dorms. Upon hitting the screens however, Sorority Boys received much criticism; in particular, many viewers panned it for its sex jokes and “gross-out gags.” Despite this, it managed not to be a complete commercial flop, having grossed $12.5 million from a $12 million production budget. 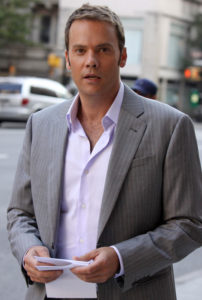 Following his departure from 7th Heaven in 2006, Watson landed another lead role in the ABC comedy drama, What About Brian?. Created by Dana Stevens, the series premiered on April 16th, 2006, and garnered over twelve million viewers during its pilot episode. From the producers of Lost, it centred around a 32-year-old man named Brian Davisーthe only bachelor remaining in his close group of friends; as he ventures off to find romance however, he ends up finding the truth behind his friends’ picture-perfect relationships.

Aside from Watson, who starred as Brian, What About Brian? also featured Matthew Davis, Rick Gomez, Amanda Detmer and Rosanna Arquette as main cast members. Positively received, the series attracted many viewers throughout its runーmost of which have commended the show for its dynamic characters and realistic storyline. By the time What About Brian? came to an end in March 2007, it had run for over two dozen episodes.

In October 2007, just a few months after the finale of What About Brian?, Watson was cast as one of the main characters in the ABC sitcom, Samantha Who? (2007). Created by Don Todd and Cecelia Ahern, both of whom also served as the show’s producers, the series centred around Samantha Newlyーa 30-year-old real estate firm vice president, who suffers from retrograde amnesia after falling victim to a hit-and-run.

Filmed in Los Angeles, California, Samantha Who? was a considerable hit; its first season managed to attract close to twelve million viewers. While actress Christina Applegate portrayed the title character, Watson played the part of Todd Deepler, Samantha’s ex-boyfriend. Aside from the two, Samantha Who? also starred Jennifer Esposito, Kevin Dunn, Melissa McCarthy, Tim Russ and Jean Smart. Despite its initial popularity however, viewership eventually began to decline as the series carried on; after two seasons, the sitcom was cancelled by ABC in May 2009.

The next year, Watson guest-starred in an episode of the Lifetime drama, Drop Dead Diva (2010), portraying the role of Evanーa character who appears during the second season. Soon afterwards, he starred in the ABC Family Original Movie, My Future Boyfriend (2011), playing the part of a time-traveling human from the year 3127. In 2012, he was cast as Steven Spence in the popular teen drama, Gossip Girl. Based on a set of novels of the same name, the series focused on the lives of a group of privileged teens in the upper east side of New York. Watson’s character, Steven, made his debut in the first episode of the sixth season. In the show, the actor was joined by the series’ main cast which included Blake Lively, Leighton Meester, Penn Badgley, Chace Crawford, and Taylor Momsen, amongst others.

After a couple of guest appearances in Wedding Band (2012), and Wilfred (2013), the actor received yet another recurring part in the comedy drama, Hart of Dixie (2015). Created by Leila Gerstein, it depicted the story of Zoe Hartーa physician who accepts a stranger’s offer to take over his medical practice in Alabama, after her plans of becoming a heart surgeon falls apart. Starring Rachel Bilson, Jaime King, Cress Williams, Wilson Bethel and Scott Porter, it debuted on The CW on September 26th, 2011 to over 1.7 million viewers.

Although the show received a fair amount of mixed reviews from critics, Hart of Dixie did go on to receive a handful of awards and nominations during its four-year run. In it, Watson played a character by the name of Davis Polk; one of the main cast members’ love interest whom appeared throughout season three.

Last July, Watson guest-starred in two episodes of the crime drama, Murder in the First (2016) where he played the recurring character of Nick Rosenthal; he first appeared in the third episode of the third season entitled, “Black and Blue” and later reappeared once again in the fifth episode, “Follow the Money.”

Since then, he has been working on an upcoming drama romance film called, An Hour Behind (2017). Although no official synopsis for the movie has been released as of yet, it is known that Watson will be playing Parkerーone of the lead roles. Directed by Brian Brough, it will also be featuring Emily Rose, Scott Schristopher, Aubrey Reynolds, Shona Kay and Sarah Kent. Stay tunedーas it will be released sometime in 2017!

If you’d like to stay up-to-date and connected with the actor of 7th Heaven fame, you can do so by following him on Twitter at @realbarrywatson.