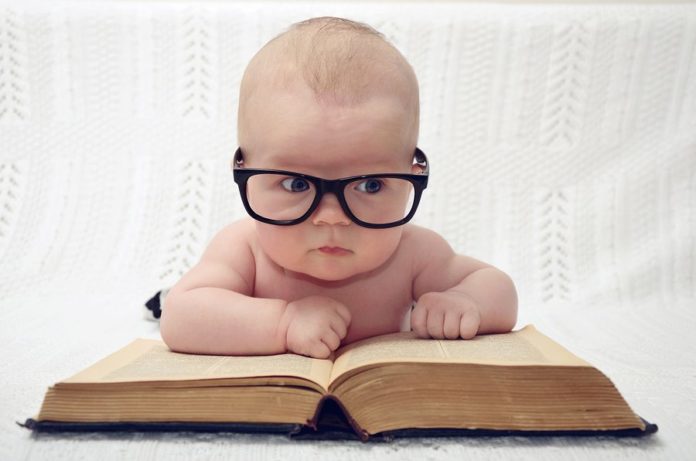 Let’s face it when having a child, there are simply far too many questions and opinions to consider surrounding everything to do with the child, from what diapers to buy, which hospital to go to, and even what to name the new little bundle of joy. Here, we take a look at some of the most popular names for boys in 2018 to help you decide on what to put down for that all important birth certificate.

Coming in as the 10th most popular name for baby boys this year, Aidan has it’s origin in Irish Gaelic and roughly translates to “Firey One”, originally spelled as Aodhán. This is also a more intimate name for Irish Pagan god, Aodh, who not only was a prince of the Gaelic underworld, but also considered god of the Sun. With a name such as this, one might be tempted to name their child Aidan if they are born with a particular spark in their eye, or the family has had a long tradition of shaking things up. Some famous Aidans include author Aidan Hartley, actor Aidan Gould, and the missionary Saint Aidan of Lindisfarne.

Meaning both “Strong” and “One with a Long Life”, Ethan has its origins in Hebrew as Eitan, and has dropped down to the 9th position of most popular names for 2018. There have been a long list of famous Ethans, from Ethan Allen ( a Revolutionary War General and one of the founders of the state of Vermont) to the actor and director Ethan Hawke.

Historically usually relegated to the family or surname, Jackson (or Jaxon, as some prefer to spell it) has seen a rise in use as a given name in recent years. Meaning, as one may expect, “Son of Jack” (Jack possibly coming from the Welsh word meaning “Healthy”, iach), this name is particularly popular in the South Eastern United States, and has seen an astronomical rise in popularity since 1980. Some popular Jacksons of the past have been the abstract artist Jackson Pollock, and the fictional characters such as Grey’s Anatomy’s Jackson Avery and the Sons of Anarchy character Jackson Teller.

Another name of Irish descent, Declan has made it to the number 7 spot for the second year in a row. Originally meaning “Full of Goodness”, this name has a history of those who carry such a trait, including Saint Declan of Ardmore, who lived in the 5th century. Many famous Declans happen to have an artistic bend, from the Irish art curator Declan McGonagle, to the singer Declan O’Rourke, musician Declan Sinnott, and cinematographer Declan Quinn (whose most recent big hit was Hot Tub Time Machine).

One of the most popular names across the world, Benjamin has its origins in Hebrew, and has gained most of its popularity through the spread of Abrahamic religions (Judaism, Christianity and Islam). Meaning “Son of My Right Hand”, and in many cultures has a secondary meaning as being the youngest son for a family. As a result of how common the name is, there is a wide number of famous and historical figures carrying the name, including founding father Benjamin Franklin, the 14th century Pope Benjamin, and famous actor Ben Affleck.

Making it halfway on the list of popular boy names for 2018 is Grayson, an English name roughly meaning “Son of the (old) Gray Haired One.” This name has seen a steady increase in popularity since about 1990, possibly due to the increased popularity of the comic book series Batman, where Richard Grayson is often seen portrayed as Batman’s sidekick, Robin (and later Nightwing). Other popular Graysons include the British artist Grayson Perry, and the fictional character Grayson Barret, which appears in Robin Constantine’s The Promise of Amazing.

Originally a Welsh variant of the name John or meaning “Desire Born” depending on the source, Owen has seen a massive rise in popularity since its lowest point in 1960, where US Census data pegs it at around the 600th most popular name. One of the most famous Owens was Owen Tudor, an ancestor to the famous Tudor dynasty. Other famous Owens are the comedy actor Owen Wilson, Owen ‘Alik Shahadah, a cinematographer and African academic, and Owen Lovejoy, known for his work in both Anatomy and Paleoanthropology.

The name Finn is one of dual origins. Not only does it have a meaning in Irish origins as “Fair” or “Pale”, but it can also mean “One from Finland” when those wish to choose the Norse origin. One of the older pre-Christian names from the region, many famous characters with this name trace their legends back hundreds of years. Among them is Finn mac Cumaill, a legendary Irish warrior, The King Finn of Beowulf, and no less than 6 High Kings of Ireland, ranging from reign in 1287 BC to 28 AD. In more recent times, the Antarctic Explorer Finn Ronne also shared this name, as does English actor Finn Jones and the fictional character Finn from the film Star Wars: The Force Awakens.

Making it to the number 2 spot for the second year in a row, Liam is a name of many meanings. While some have mentioned that the name may have origins in Old German, Saxon, Welsh and Irish meanings. Of these, the most common interpretations are “Strong Willed”, “Guardian” and “Boss”. There are also Arabic and Hebrew meanings, either “In Harmony with feelings” or “My people” respectively. Some of the most famous Liams around include Liam Neeson, the famous actor, Zimbawean shoe designer Liam Fahy, and Liam O’Flaherty, the Irish Author.

Topping 2017’s most popular baby names for boys is Oliver, a distinctly English name. Originally having the Saxon meaning of “Ancestor’s Descendant”, this name has been around for over 1,000 years and is common on nearly every continent. Some of the most famous Olivers in recent times have been the Neurologist and Author Oliver Sacks, actor Oliver Tobias, and Oliver Smithies, a prominent geneticist.

Did your favorite baby boy name not quite make the list? If so, feel free to post below in the comments what your top ten baby boy names are.