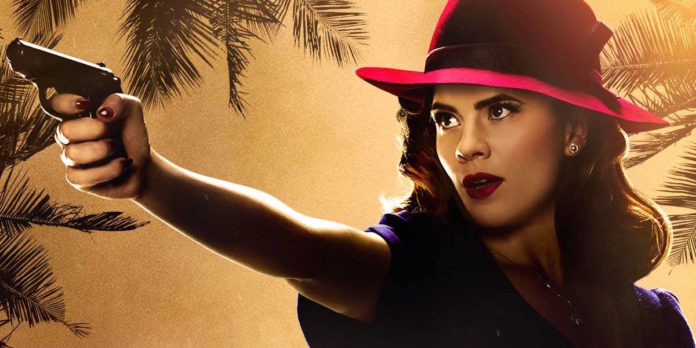 “Peggy, relax. The war is over. We’ll handle the rough stuff,” Agent Flynn spoke with a dismissive tone, from behind a pair of bespectacled eyes that looked down on Peggy Carter. It had been one year since she left the war. Her time working behind enemy lines as an intelligence operative combating the Germans are now distant memories. Her new battlefield is the office, and her weapon is a type writer. Her days now consist of breaking codes and running reports to dismissive colleagues, who know her only as the “old flame” of Captain Rogers, the man known as Captain America lost to ice and time. It was that night however, on a night where her male peers abandoned her to work after-hours alone, that she finally got a chance to experience the other thing she had missed over the past 365 days—excitement.

Their informant revealed that their target, “Zodiac,” was on the move, and that the enemy would not hesitate to use lethal force. Three to Five agents were recommended for this task. With no agents to pursue the lead, and with a desire to prove everyone wrong burning in her chest, she grabbed her long-dormant duty pistol and went to work.

At the end of the night, six enemy agents in a warehouse lay incapacitated, and a stolen vial of Captain America’s super soldier serum was now in the right hands. It wouldn’t be the last time Agent Carter got to relive her glory days. Two seasons on ABC would see the intrepid SSR agent (and future SHIELD founder) battle against both spies and the sexism that dominated the 1940s. So what exactly happened to Agent Carter?

The Marvel Universe is a vast one, featuring differing timelines and realities comprising of both the comic books and the cinematic worlds. With the relative success of movies in the Marvel Cinematic Universe came the potential for spin-off stories to bridge the gap between movies. One such spin-off was Agent Carter, following Peggy Carter. Initially intended to be a one-shot short film following the character, the short garnered enough support from fans, resulting in Producer Louis D’Esposito to push for the creation of a series.

The series was greenlit on May of 2014, and ABC ordered eight episodes for the first season, with Tara Butters and Michele Fazekas being brought on as show runners. The series was written by Christopher Markus and Stephen McFeely, best known for their work writing the Captain America films, and the Chronicles of Narnia. They set out to create an authentic post-war world for Peggy Carter to have her adventures in, and took influence from films such as Raiders of the Lost Ark and the writings of crime fiction novelist James Ellroy. Season 2 brought the series to Los Angeles, where Carter would encounter new allies and dangers in her missions, while further exploring the intricacies of the Marvel Cinematic Universe (It was here that Dark Force, a concept used by 2016’s Doctor Strange, was first introduced).

Returning to the role that made her well loved by Marvel fans was Haley Atwell. But Peggy wouldn’t be alone in her fight against rogue spies. Along for the ride was Howard Stark, with Dominic Cooper reprising his role from Captain America, and Edwin Jarvis, the man who would eventually inspire Tony Stark to create his AI partner JARVIS in the Iron Man films, played by James D’Arcy. Chad Michael Murray and Enver Gjokaj were also cast in supporting roles as fellow SSR agents Jack Thompson and Daniel Sousa, with Shea Whigham taking on the role of SSR Chief Roger Dooley. While Sousa would provide support for Carter, Thompson and Dooley would provide the friction, as she would routinely have to go behind their backs on investigations to avoid latent sexism that their characters (particularly Thompson) represented during that era.

With their players locked in for multi-season deals, the writers intended to follow Peggy and her friends throughout the decades to modern times, bridging the gap between her debut and final appearance in the 2014 film Captain America: The Winter Soldier. Unfortunately, a plethora of factors like declining ratings made this dream impossible. On May 12, 2016, the series was officially cancelled.

To all people involved, the cancellation came at a complete shock. After all, the show went for two full seasons, and was met with mostly positive reviews.

According to a Business Insider interview with Jeph Loeb, the Head of Marvel Television, the decision to cancel the show wasn’t even up for discussion.

“There were no conversations. We had a call from the network. The network said they were cancelling the show.”

The show’s ultimate fate can be attributed to its ratings. Season 2 averaged a 1.4 rating in adults between the ages of 18 and 49, with 4.4 million viewers overall, a drop from its first year ratings of 1.5 at 5 million viewers. The show simply couldn’t hold a candle to the other shows offered by ABC. The fact that it was sandwiched in a timeslot between seasons of it’s much more successful sister show Agents of SHIELD, another Marvel show that served essentially the same purpose as Agent Carter by bridging the gaps between films, made it harder for viewers to keep up. It was up to audiences to choose between shows, and at the end of the day, it was Agents of SHIELD that was renewed for more seasons.

The cancellation also came at a time where ABC began to move away from serialized adventure stories and soaps and towards procedural dramas. Shows like Conviction (also starring Haley Atwell) and Time After Time showed much more promise, and with SHIELD being the only Marvel show soaring in ratings, Peggy Carter just couldn’t keep up. 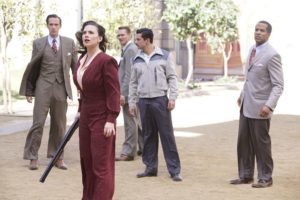 The Future of Agent Carter – 2018 Update

Despite Agent Carter’s fate being sealed, Loeb has expressed hope that Peggy could return to screens, citing developments on SHIELD and other Marvel properties.

“Let me just put it this way: I watched The Avengers. Phil Coulson died. His story was done. We’re about to go into the fourth season, and he’s standing right over there. So I like to think that anything is possible. And that’s one of the reasons why I enjoy my job so much.”

Atwell is also hopeful at the prospects of future seasons, according to an an interview with IGN.

“We think that there could be more to come….the second season finale doesn’t suggest that that’s it and they live happily ever after; that’s the end. We know that’s not the case. They’ve done it in a very clever way which wraps up and that gives the audience a very satisfying conclusion but they’re not quite finishing it and leaving it there.”

Atwell also stated that the third season would have gone further back into Carter’s past, including more insight on Carter’s family life, as well as other characters that the series barely touched on.

The potential for stories still exists in the minds of Agent Carter’s producers and writers. One such idea was moving the location for a third season to London, which producer Michelle Fazekas stated had been floating around in the writers room, an idea that creators Markus and McFeely had since the beginning.

Seeds for a third season had already been planted all throughout the second. In fact, the ending of the second season, featuring a major character being shot by an unknown assailant, was indeed going to be a featured arc in the third season, according to Fazekas.

There have been rumblings of a potential Netflix revival. Unfortunately, with Netflix currently packed with its own Marvel properties (such as Daredevil, Jessica Jones, Luke Cage and the upcoming Iron Fist), it seems as though it is a season that only exists in the minds of writers and producers over at Marvel Television—at least for now.

With her official departure from the Marvel Cinematic Universe in Civil War, it seems that Peggy’s war has finally ended.