Anthony Anderson Net Worth – How Rich is He in 2018 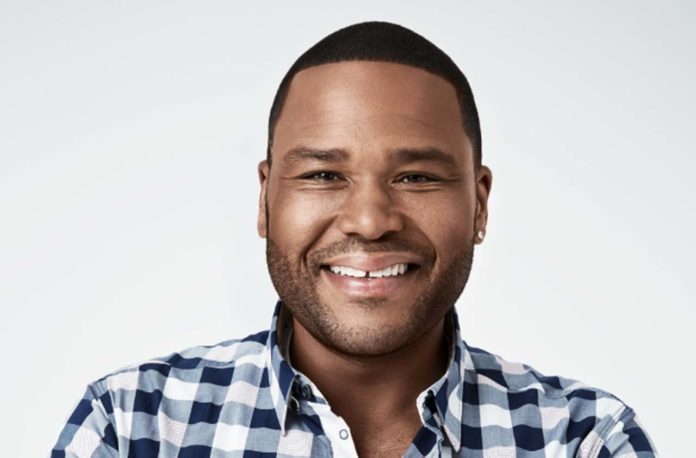 Anthony Anderson is a man of many talents. He is an accomplished chef, actor, comedian, and more recently, game show host. Although he has only recently become a recognizable mainstream figure, this 46 year old actor has been putting in work for some time now. How has this work and this recent recognition affected his finances? In this article, I will be discussing exactly how Anthony Anderson was able to become such a successful figure in entertainment, while also making sure to address how his success has made him wealthy. Without further ado, let’s learn more about this modern day Renaissance man.

How did Anthony Anderson make his money and wealth? 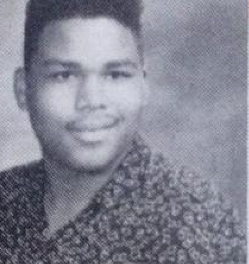 Anthony Anderson was born in August of 1970 in Compton, in Los Angeles, California. He was around the entertainment industry at a young age, with his mother being an actress. His father was a steel mill worker for a period of time, until he was able to open up his own clothing store chain. Anthony attended Hollywood High School growing up, as a part of their Performing Arts Magnet Class. Anderson attended Howard University once he graduated from high school. His first foray into the entertainment industry was through stand-up comedy, and it has been said that his first performance did not go over very well. While this may have seriously discouraged a lesser man, Anthony dusted himself off and was more determined than ever to succeed in the field. In the years to follow, this determination would seriously pay off.

Anderson saw his film debut in 1999, when he held a very small role in the drama comedy movie Liberty Heights. However, this would not be the last film that he would appear in. Over the course of the next couple of years, he would see major roles in movies like Big Momma’s House, Kangaroo Jack, Malibu’s Most Wanted, Scary Movie 3, King’s Ransom, Scary Movie 4, Transformers, and Scream 4. As you can probably tell from the titles here, he had to put in a good amount of work for a long time to acquire these roles. His debut was in 1999, and Scream 4 released in 2011. It has been a real journey for Anthony. Although none of these films were able to single-handedly make him a household name, together they helped to majorly increase this aspiring entertainer’s exposure. Through these roles, Anderson cemented his reputation in Hollywood as being a capable, hard-working comedic actor. 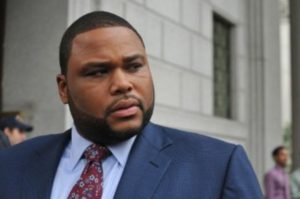 Outside of film, like many other actors Anthony Anderson was able to achieve success through his work in television. Over the years, he appeared in shows like The Bernie Mac Show, Entourage, Law & Order: Special Victims Unit, Law & Order, and K-Ville. His work in Law & Order was probably one of his most successful during that time. He appeared in the role of Detective Kevin Bernard for a total of 50 episodes, seasons eighteen through season twenty. In 2003, he was able to have his own sitcom All About the Andersons, which aired for a single season prior to being cancelled by Warner Bros. Television. The show was kind of autobiographical, with Anthony playing a character named “Anthony Anderson”, who was a struggling actor. Although this particular show was not a success, Anderson would hit sitcom gold further down the line.

This may be a surprise to people who are only familiar with Anthony’s work as an actor, but he is also a pretty major figure in the culinary world. He is a regular judge on the hit competitive reality program Iron Chef America, and he even had his own culinary program for a short time. The show, called Eating America, with Anthony Anderson aired during the summer of 2014 and involved Anderson travelling to different food festivals across the country to sample what the United States had to offer in terms of festival fare. In 2015, he was given a new show called Carnival Cravings with Anthony Anderson, which was similar, but instead focused on food offered at fairs and carnivals. Anthony has also appeared on episodes of food shows like Chopped and Hell’s Kitchen. 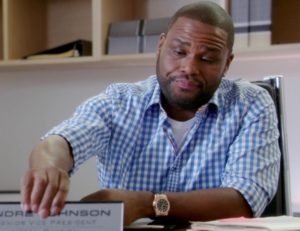 Of course, Anthony Anderson is perhaps best known for his more recent work, on the ABC sitcom Black-ish. On Black-ish, he plays Andre Johnson Sr., the patriarch of the Johnson family. The show has currently run for three seasons and 58 episodes, and it is one of the most critically acclaimed shows that ABC is running right now. The program has been praised for its charming characters, humorous writing, and delicate yet honest discussion of social and political issues that African-Americans face in the United States today. Black-ish has won many awards and nominations, and as both the starring character and primary executive producer, Anthony Anderson is to thank for a lot of that. Thanks the show, he has become a significantly more popular figure in entertainment. And thanks to being a significantly more popular figure in entertainment, he has made a lot of money.

In a move that surprised a lot of people, Anthony Anderson ended up divorcing his college sweetheart (and wife of 20 years) in 2015. The divorce was finalized later that year. As of right now, he is not remarried.

Does Anthony Anderson have kids?

With his now ex-wife, Anthony had a son named Nathan and a daughter named Kyra. Nathan has already followed in his father’s footsteps to an extent, playing the role of Tahj in the Netflix series Richie Rich.

2017 was a pretty big year for Anderson. Not only was he able to continue work on the hit show Black-ish, but he also was able to become host of the ABC game show To Tell the Truth. Considering that he is paid $100,000 per episode of Black-ish alone, it can be roughly estimated that Anthony Anderson made about $1.5 million in 2017.

How much does Anthony Anderson make per day?

If you just use that previous estimated salary as a starting point, with some simple math you can easily calculate Anderson’s daily income. In a 365 day year, he makes about $4,100 per day.

As a guy who produces and stars in a show that is well-known for being so politically and socially active, it really isn’t a surprise that Anthony Anderson is such a charitable guy. He isn’t the type of person to just squirrel away all of his money for himself. Over the years, he has supported charitable organizations like the American Heart Association, Artists for a New South Africa, the Sugar Ray Leonard Foundation, Youth Lifeline America, the Treatment Action Campaign, the American Stroke Association, FACE Diabetes, and a lot more.

Through his won on Black-ish, Anthony Anderson has been able to acquire the level of recognition that many aspiring actors can only dream of. For his work in season 1 and 2 of the program, he earned an NAACP Image Award for Outstanding Actor in a Comedy Series. He has been nominated for a Golden Globe Award for Best Actor in a Television Series Musical or Comedy, as well as for Best Television Series – Musical or Comedy, with winners to be announced later this year.  Earlier this year, he was also nominated for a Primetime Emmy Award for his work on Black-ish.