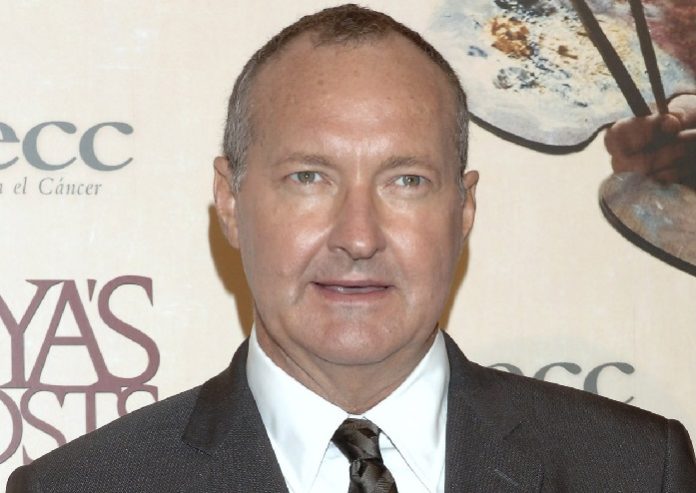 Randy Quaid has appeared in over ninety films in a career spanning more than four decades. He has been nominated for Acadamy awards and been the proud recipient of a Golden Globe award, but in recent years Randy Quaid has been embroiled in endless turmoil, mired in controversy and has even had a period of exile in Canada while facing criminal charges in his former home of California.

But what exactly happened to Randy Quaid to leave him so isolated from the Hollywood lifestyle that he used to enjoy? And what is the truth behind his occasionally bizarre and outlandish behavior? Read on to find out.

Randy Randall Rudy Quaid was born in the small Texas city of Bellaire, near Houston on October 1st 1950. His father William was an electrician and his mom Juanita was a real estate agent but such an ordinary couple produced not just Randy, but also younger brother Dennis, another star of the future. Randy and his brother were first cousins to cowboy performer Gene Autry which perhaps explains the call of show business for both brothers, but it was Randy who first made it onto our screens.

In 1971, when still a student at the University of Houston, Randy was picked by celebrated director Peter Bogdanovich to play a role alongside Cybil Shepherd in the Drama ‘The Last Picture Show’. Although Randy’s debut role was only a small one, ‘The Last Picture Show’ went on to become hugely successful, eventually being nominated for eight acadamy awards, and for Randy the benefits of being involved with such a culturally recognised production soon saw him placed in another Bogdanovich film, the comedy ‘What’s Up, Doc?’ the following year.

In 1973 Randy won a main supporting role in the Drama film ‘The Last Detail’ alongside Jack Nicholson and Otis Young. The film portrayed Quaid’s character, Larry Meadows, as he was escorted to a military prison by Nicholson and Young in a long coming-of-age journey that gained huge critical acclaim. The profanity laden film almost never made it to general release after disagreements over the amount of swearing that was used. When it was finally released the movie had more instances of the word ‘Fuck’ than any other film that had even been released, with the word being used 65 times, but despite the bad language the film was a huge success. Jack Nicholson was nominated for an academy award for his performance and critics called the film Nicholson’s ‘best work’, but Randy the newcomer had earned himself plenty of new fans too for his powerful portrayal of Larry Meadows and he too was nominated for A BAFTA award, a Golden Globe and an Academy award for Best Supporting Actor, although he was to wait over a decade before he finally won his first major award from the film industry.

Bigger and better roles followed for Randy, he starred opposite Charles Bronson in ‘Breakout’ in 1975 and alongside the legendary Marlon Brando in ‘The Missouri Breaks’ the following year. In 1978 he had a supporting role in the powerful and haunting ‘Midnight Express’. Other projects followed, including several roles in films made for television, and in the mid 1980’s Randy began playing more comedic roles. He played cousin Eddie in the 1983 hit ‘National Lampoon’s Vacation’ and he became a cast member of the prime time comedy show Saturday Night Live from 1985 to 1986. In 1987 Randy played his most acclaimed role, starred in the titular role in the TV movie ‘LBJ: The Early Years’, for which he received his long awaited recognition, a Golden Globe award for Best Actor in a Television film.

Randy married his first wife, Ella Marie in 1980 and the couple had a daughter Amanda, who was born in 1983, but the couple separated in 1986. In 1989 their divorce was finalized and Randy married second wife Evi, who he had met on the set of ‘Bloodhounds of Broadway’ in 1987.

From the beginning of his career in 1971 the work had never dried up for Randy. Known for his ability to tackle serious heavyweight roles and comedy turns with equal professionalism and flair he continued working throughout the 1990’s, perhaps most memorably in the 1996 big budget blockbuster ‘Independence Day’. The CGI laden sci-fi flick was an enormous success, the most successful film of the year at the box office in fact and Randy’s tongue in cheek portrayal of the alcoholic pilot and former alien abductee Russell Casse earned him a whole new generation of fans. Randy Quaid was at the top of his game with all of Hollywood singing his praises, but not long after the new millennium had dawned, things began to get seriously strange in Randy Quaid’s life.

The first sign that Randy Quaid was not entirely happy about certain events in his life came in 2006, when Randy embarked on a legal battle against the production company behind the surprise 2005 blockbuster ‘Brokeback Mountain’, in which he had played the intolerant Rancher Joe Aguirre. Randy alleged that the company had misrepresented the potential earnings from the film in order to secure his services at a lower rate than was usual. Randy claimed the production had been touted as ‘A low budget art-house film’ with no real chance of making anything substantial at the box office. Brokeback Mountain eventually grossed more than $160 million upon general release and Randy was seeking $10 million from the profits in punitive damages. Eventually he dropped the lawsuit after claiming that the production company, Focus Features, had awarded him a bonus payment, but the company denied the settlement had ever been made.

Another strange development occurred in September 2009 when Randy and wife Evi were arrested in Texas for allegedly ‘defrauding an innkeeper’ after it was claimed the couple had left a hotel in Santa Barbara, California without paying a $10,000 bill. The pair were bailed and Evi provided TMZ, the celebrity gossip site, with a handwritten statement denying the charges, accompanied by a copy of a check for $5,500 that she claimed had been used to cover the hotel bill. Evi and Randy were due to appear in a Santa Barbara court to answer the charges the following month but they failed to appear. Whatever was happening with the Quaids it left fans and celebrity gossips at a loss to explain their actions. Several more court dates were missed and a total of $40,000 in bail money was forfeited by the couple. Eventually, by April 2010, arrest warrants were signed and finally Evi and Randy dealt with the issue, they appeared in court and although the case against Randy was thrown out due to lack of evidence, Evi was found guilty and given a suspended sentence and community service.

It was just months after the strange case of the unpaid hotel bill that Randy and Evi hit the headlines for all the wrong reasons once again, and just like before the couple were in trouble with the law in a strange case that defied all logic. The couple were facing burglary charges for residing in a property without the permission of the owner. Bizarrely Randy and Evi claimed the house belonged to them, but the real owner was able to produce documents that showed he had bought the property in 2007. Even more strangely, the person the current owner had bought the house from had purchased it from Randy Quaid years before, but once again Randy and Evi disputed the known facts, claiming that the property had been transferred due to the use of a forged signature.

On September 19th 2010 the couple were bailed and given a court date of October 18th that year in order to answer the new charges against them, but once again the couple failed to show up in court. Arrest warrants were once again issued for the pair but when they re-appeared, four days later, it was in Vancouver, in British Colombia, Canada. As if the pair’s behavior had not been strange enough, the Randy and Evi Quaid saga was about to get downright surreal.

The Quaids applied for refugee status under the Canadian Immigration and Refugee Protection Act, and they claimed that they feared for their lives back home in the United States, due to the murderous intentions of a shadowy group they called the ‘Hollywood Star Whackers’. Back in America the legal proceedings concerning the burglary charges continued in their absence and by July 2011 they both faced arrest should they return back home. Evi as a Canadian citizen would not be forced to return home unless she was extradited, something which the Department of Justice seemed unwilling to do, but Randy was in a far less secure position. In January 2013 Randy’s case for permanent residence in Canada was rejected, although the door was left open for him to appeal the decision.

In 2011 Evi produced a low-budget dramatized documentary starring Randy which was entitled ‘Star Whackers’. It explored the alleged criminal conspiracy in Hollywood that the pair believed was out to get them but the film was only screened once and never commercially released. The film critic from the Vancouver Sun managed to get a place for the screening and later described the film as ‘A Drugged out dreck’, which even for a film critic, is a fairly savage dismissal.

By October 2015 time had run out for Randy and he was given two weeks to leave Canada, subsequently he returned to Vermont with Evi where they were both arrested at the border. However within a week perhaps the strangest episode of all occurred. Judge Alison Arms made the discovery that documents relating to the Quaids failure to appear in court were found to have been submitted before the actual appearance was due to take place. Randy and Evi were released without charge, although technically they still faced arrest if they choose to leave Vermont. Randy didn’t seem surprised by the turn of events, stating at the time that he had chosen Vermont to return to because he believed he and Evi would receive proper justice there.

These days Randy and Evi live a relatively uneventful life in Vermont, where Evi grew up. Randy has stated that he wants to live like a ‘normal Vermonter’ and has stated that he is considering joining a local volunteer fire department. As for the still unresolved legal issues concerning his (possibly former) home in Santa Barbara, Evi Quaid frequently posts videos featuring both her and Randy on her little known Youtube channel, and it’s clear the couple still believe they have been the victims of a conspiracy to destroy their lives. There are also many other videos that contain the couples thoughts on many issues relevant today, although they are often bizarre, disjointed and confusing. Having watched several of them I must confess Randy seems as sane and focused as he has ever been, it’s just the things he says that make him sound crazy.