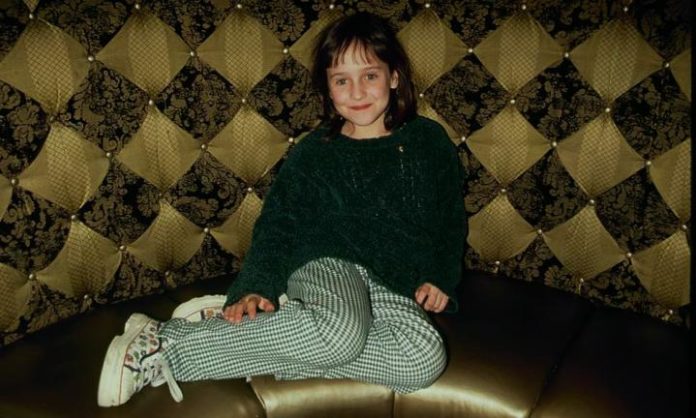 Even if you don’t recognize her name, I think that it’s very likely that you’ve seen a film that Mara Wilson stars in. Mara is perhaps best known for her work as a child actor in iconic movies like Mrs. Doubtfire, Miracle on 34th Street, and of course Matilda. However, unlike many child actors, you don’t hear much from her anymore. Has she retired from acting completely, or is she just struggling to find roles in her adulthood? In this article, I’m going to be talking about how Mara Wilson was able to find success in entertainment while also making sure to talk about what she has been doing with her career more recently. Without further ado, let’s catch up with this former child star.

Mara Wilson was born in Burbank, California in July of 1987. Growing up, her mother was a homemaker and her father worked in television broadcasting. Mara developed a keen interest in entertainment from a young age, when she watched her older brother acting. Initially, her parents were very hesitant to encourage their child to pursue this career path. However, given her natural talent and close proximity to Hollywood, it was hard for her parents to keep her away from it all. Like many child actors of her time, Mara was able to kick start her career by acting in various commercials. She appeared in commercials for companies like Lunchables, Bank of America, and Marshall’s. Following her modest success in these exploits, her parents eventually allowed her to audition for her first film roles. 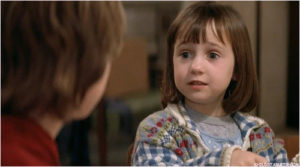 Wilson’s first audition was for the movie Mrs. Doubtfire, and she received the role. It wasn’t really a starring role, but when you really think about it, it counts for a lot when someone with very little prior acting experience is able to land a role in a smash box office hit. Very shortly after Mara acquired this role, she ended up auditioning for another role, as a more major character in the 1994 remake of Miracle on 34th Street. During that same year, Wilson was able to get her hands on some recurring television role, as well, appearing on Melrose Place and on the made-for-television movie A Time to Heal. Although none of these roles single-handedly pulled her to stardom, collectively, they brought this child actor a significant deal of mainstream exposure.

Mara Wilson, Matilda, and Beyond

In the years to follow, Mara would see her career and her popularity reach nearly unimaginable heights. She was invited to perform at 1995 Academy Awards ceremony, which she gladly accepted. Later that year, she won the ShoWest Award for Young Star of the Year. Due to all of this attention that surrounded her, Mara found that she was being sought after for many other major roles. When Wilson and her mother learned that a film adaptation of Matilda was looking for a protagonist, they immediately jumped on the opportunity. Mara loved reading the book as a child, and so she really, really wanted a part in the film. Due to her prior work and due to her general demeanor, director Danny DeVito thought that she would perfectly fit the role almost immediately. 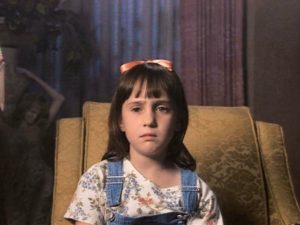 Although her work in this movie was filled with enthusiasm, given her love for the novel, tragedy struck shortly after its filming. Mara’s mother, who had given her a lot of assistance during her early career, was diagnosed with breast cancer in 1995. She died from the disease in 1996, shortly after filming wrapped up. Matilda ended up releasing after her death. In 1997, another film from Wilson (A Simple Wish) came out. Although A Simple Wish was obviously not quite as iconic of a performance as her performance in Matilda, both of these roles helped to showcase her incredible abilities as an actress. Although she was at a young age, she dazzled people in both of these roles.

Because of the critical acclaim surrounding Mara in these roles, she ended up winning several awards. She won a Young Star Award for her work in Matilda, and she won a Young Artist Award for A Simple Wish. She also receievd numerous nominations, including two Saturn Award nominations for Best Performance by a Younger Actor. Her next significant role came in 1999, when she appeared in the Disney made-for-television movie Balloon Farm. Wilson went on to audition for the starring role in the remake of The Parent Trap, but the film’s producers thought that she appeared too young for the role. Ultimately, the part went to Lindsay Lohan, who was a year her senior. 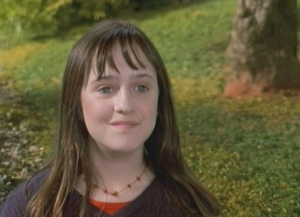 Wilson also ended up auditioning for a role in the movie What Dreams May Come, and she also didn’t get the part. Her final major role was in the movie Thomas and the Magic Railroad, which released in 2000. Although reading this, it may seem like she was unable to cut it in Hollywood, that wasn’t exactly the case. Due to the death of Mara’s mother, Mara found that she was losing the passion that she once had for acting. She would end up retiring from it all, despite the fact that she was having scripts sent to her house on a regular basis. (She actually passed up the opportunity to appear in the now-cult classic movie Donnie Darko.) Mara Wilson obviously isn’t appearing in movies anymore, so what is she doing?

Although she kind of dropped of the map during the 2000’s, in recent years, Mara has been much more vocal about why her career played out in the way that it did. She has also dabbled a little bit in less serious acting, such as when she appeared in an episode of the web series Missed Connection. She has spent a lot of time working for Publicolor, a non-profit organization based out of New York. Mara holds a recurring role on the highly popular fictional podcast Welcome to Night Vale. Earlier in 2016, she returned to television acting very briefly when she made an appearance in an episode of Broad City on Comedy Central. Mara made headlines when she came out as bisexual following the shooting at the Pulse nightclub in Orlando.

Recently, Mara Wilson has also made a small foray into voice acting, believe it or not. During season 3 of the animated series BoJack Horseman, Mara voiced the character Jill Pill. Although Mara Wilson’s career didn’t develop in the same kind of way that many other child actors see their careers develop, that doesn’t mean that she is any less successful in what she pursues now, outside of traditional film acting. It seems unlikely that Mara will ever return to the silver screen, but I personally am of the opinion that she has already contributed plenty to pop culture in that right.