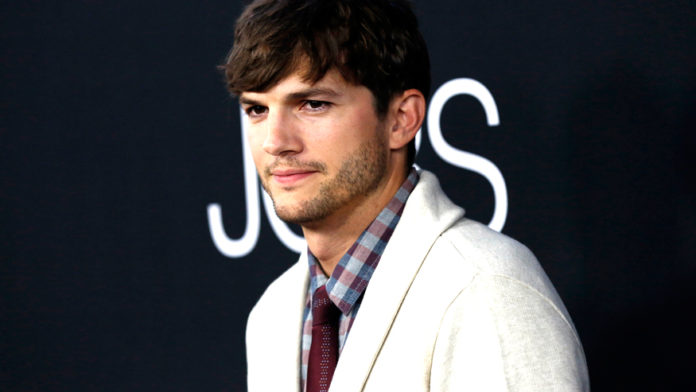 Ashton Kutcher achieved national fame when he held a major role on the television show That ’70s Show. Following his success on that program, he was able to venture into other forms of entertainment, in both television and film. His most recent major role came when he played Steve Jobs in the biographical drama Jobs. That movie came out way back in 2013, though. What has Ashton Kutcher been up to more recently? Is he still acting, or has he switched his focus to something else? In this article, I plan on answering that question and more. I’ll be going over how Ashton was able to rise to fame, while also making sure to provide his fans with an update as to what he has been up to lately. Without further ado, let’s check up on this successful actor.

Christopher Ashton Kutcher was born in February of 1978 in Cedar Rapids, Iowa. He grew up in a conservative family with an older sister and a fraternal twin brother. His brother struggled with cardiomyopathy when he was very young, and his illness put a lot of stress on the Kutcher family. As the story goes, when Ashton was 13 years old he contemplated suicide so that his younger brother could take his heart. Kutcher obviously didn’t end up going through with it, and his brother was able to receive a heart transplant. To this day, Michael Kutcher serves as a representative for people with cerebral palsy. 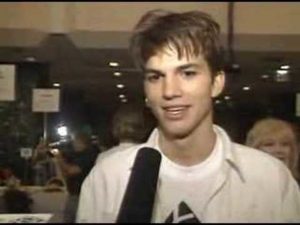 Ashton attended two high schools. He went to Clear Creek Amana High School when his family moved to Homestead, which was located in another part of Iowa. It was in high school that Kutcher would develop an interest in acting. Like many future actors, Ashton took a strong liking to participating in various school productions. In 1996, Ashton enrolled in the University of Iowa in order to study biochemical engineering. The reason why he held an interest in the field to begin with was due to the medical problems with his brother. He spent most of his time at the school partying, which only made it all the more significant when a modeling agent got a hold of him in Iowa City.

Ashton was encouraged to enter a local modeling competition, which he was able to win. It was after this event that Ashton decided to pursue modeling as a real career. Kutcher would end up signing with Next modeling agent in New York, which allowed him to appear in Calvin Klein commercials. He was also able to model abroad, in cities like Paris and Milan. Ashton Kutcher was cast as Michael Kelso for the television series That ’70s Show, which began airing in 1998. This role was as high-profile as it was popular, and it definitely served to put this young guy on the map.

Ashton Kutcher After That ’70s Show

Even while he was still working on That ’70s Show, Ashton had made it clear that he wasn’t just going to be working in television. He had a major film role in the 2000 movie Dude, Where’s My Car, which kind of cemented his status as a comedic actor. Ashton took on one of his very first dramatic roles in the movie The Butterfly Effect, which was a psychological thriller film. Despite mixed critical reception, The Butterfly Effect was a success. By this point in his career, Ashton had made it clear that he was cut out to be a Hollywood leading man. 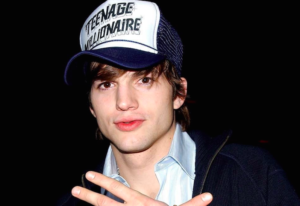 Kutcher just increased his own star power in 2003 when he began to produce and star in his own show on MTV called Punk’d. Punk’d was one of the first hidden camera prank shows to have some degree of popularity, and its main gimmick was that pranks were being pulled on celebrities. Ashton hosted the show between 2003 and 2007, and in that time he was able to prank celebrities like Justin Timberlake, Jessica Alba, Halle Berry, Hilary Duff, Lindsay Lohan, Matthew Perry, Serena Williams, Tony Hawk, and many more. Even though Kutcher no longer works with Punk‘d, no one can deny the cultural impact that the show has had on the world. (The term “punk’d” is still regularly used today.) That 70’s Show officially wrapped up in 2006, and Kutcher continued to work in the entertainment industry following its conclusion.

Prior to his next major project, Ashton worked on a variety of films, including What Happens in Vegas, Open Season, Valentine’s Day, and No Strings Attached. In 2011, he was brought on to join the main cast of Two and a Half Men following Charlie Sheen’s departure from the show. Kutcher played Walden Schmidt, and he maintained his leading role through the end of the series in 2015. During this time, Kutcher shifted his attention away from entertainment and began to work a little bit more in business. Over the years, he has invested in companies like Skype, Foursqure, Airbnb, and Fab.com. Does his recent inactivity in the film industry perhaps indicate that Ashton Kutcher is starting to turn away from acting altogether? What has he been doing more recently?

If you’re a fan of Ashton Kutcher’s work on the big screen, then I think you’ll be happy to know that although he has scaled back in recent years, he is still working in entertainment. In 2016, perhaps his biggest role was in the Netflix original series The Ranch, where he starred as Colt Bennett. The Ranch is basically a sitcom that revolves around the Bennett family, and it has been fairly popular. The program was renewed for a second season in April of 2016, shortly after the first season was put out. In 2017, he is currently set to have a role in the independent movie The Long Home. The Long Home is set to have an ensemble cast that includes the likes of Josh Hutcherson, James Franco, and Courtney Love. Ashton hasn’t appeared in a movie since 2014, so I think that this film will be well-received by fans of this entertainer.