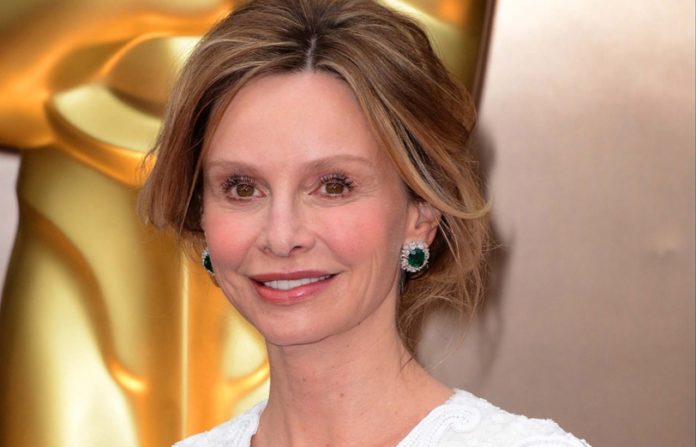 From her work on shows like Ally McBeal to her high profile personal life, Calista Flockhart is definitely what I would call a major celebrity. Her work in television has made her a very critically accomplished actor. However, if you take a look at some of her more recent filmography, she hasn’t been doing quite as much as she used to. Why is that? Is Calista Flockhart retired from acting? In this article, I’m going to be answering that question. I’ll also be talking about how Flockhart was able to see such a prolific rise to success within her chosen field. Without further delay, let’s catch up with this Hollywood star. 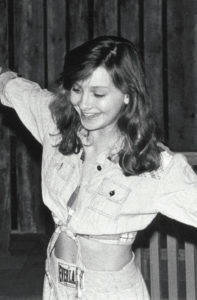 Calista Flockhart was born in November of 1964 in Freeport, Illinois. Although that’s where she was born, due her father’s work as a Kraft Foods executive, Calista moved around a lot when she was younger. For a time, she lived in places like Iowa, New Jersey, and New York. Flockhart had a keen interest in entertainment at a young age, and when she was very young, she would write her own plays and perform them for family friends at dinner parties. She graduated from Shawnee High School in New Jersey in 1983, and following her graduation, she was able to attend Rutgers University. While she was there, she was studying performing arts at the Mason Gross School of Arts. Her talent was recognized early on, with the school’s theater director allowing her to perform on the main stage despite being an underclassman. In 1988, she graduated from Rutgers University with a bachelor’s degree in fine arts.

Following her graduation, Calista made the decision to move to New York City. Like many other young aspiring actresses, she thought that moving to the city would allow her to establish a strong foundation for the remainder of her career. In order to support herself, she worked as both a waitress and as an aerobics instructor. Calista received her first serious role in 1989, when she had a very small appearance on the television show Guiding Light. She saw her stage debut a short while after that, performing Beside Herself at the Circle Repertory Theatre. Over the course of the next couple of years, Flockhart would see small roles in films like Naked in New York and Getting In. She saw her first speaking role in Quiz Show, the 1994 film by Robert Redford. 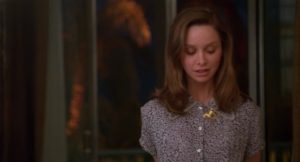 Flockhart saw a big break later that same year, when she made her Broadway debut as Laura in a production of The Glass Menagerie. Due to her outstanding performance within the role, she ended up winning a Clarence Derwent Award. Other notable recipients of this award include John Malkovich, B.D. Wong, Lin-Manuel Miranda, Kristin Chenoweth, and Anne Hathaway. Needless to say, it was a pretty big deal that Calista was able to win this prestigious award. In 1996, she starred alongside the likes of Robin Williams and Gene Hackman in the movie The Birdcage. She also continued her Broadway career when she played Natasha in a production of Three Sisters. However, one of her largest roles wouldn’t come until the following year, in 1997.

In 1997, Calista auditioned for a starring role in the upcoming Fox series Ally McBeal. David E. Kelley, the creator of the show, specifically requested that Flockhart come in and audition. She initially wasn’t too fond of the idea of being committed to a single gig for a long period of time, but she liked the script so much that she ended up changing her mind. Flockhart auditioned for the role in Los Angeles, and she ended up receiving it. Ally McBeal was a massive hit, depicting the lives of various young lawyers who work at a Boston law firm. The show featured work for now-renowned performers like Jane Krakowski, Lucy Liu, Portia de Rossi, Robert Downey, Jr., and Hayden Panettiere. 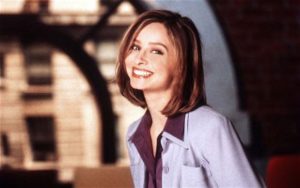 Ally McBeal ultimately ran for 5 seasons and 112 episodes, receiving critical acclaim for its high quality performances and captivating storylines. In 1998, Flockhart won a Golden Globe for her depiction of the titular character. The show began to wind down in 2002, but Calista was keeping herself busy well before then. In 1999, she had a major role in the film A Midsummer Night’s Dream. In 2004, she held a role in the critically panned Matthew Broderick movie The Last Shot. During this time period, Calista worked on movies like Things You Can Tell Just by Looking at Her and Fragile. However, as someone whose mainstream career kind of began by working in television, it seemed unusual that Flockhart had yet to nail down another long-term role. 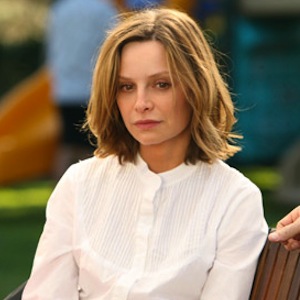 She was offered a starring role in the ABC movie Desperate Housewives, but declined. (Although she had a reputation for stunning television acting, it’s understandable that she would choose her next role very carefully.) Calista acquired her next major role in the upcoming ABC series Brothers & Sisters, where she would play the character of Kitty Walker. Brothers & Sisters received massive critical acclaim throughout its 5 seasons, with a strong cast that featured the likes of Rob Lowe, Sally Field, and Rachel Griffiths. Just like pretty much every other aspect of the show, Flockhart’s portrayal was subject to significant critical acclaim.

When Brothers & Sisters cancelled in 2011, she went on a brief hiatus. A glance at her filmography will show you that, aside from a cameo appearance on an episode of Robot Chicken, and a small role in Lisa Kudrow’s web series Web Therapy, she didn’t get back into major television until 2015. In 2015, Flockhart acquired a role in the movie Full Circle, and she played the character of Ellen through its second season. Later that same year, she appeared in the recurring role of Cat Grant in the CBS action series Supergirl. Aside from those gigs, is there anything else that she has been up to in recent years?

Well, Calista Flockhart hasn’t actually appeared in a movie since Fragile in 2005. It seems that she has definitely settled into television acting, and that is still the case today. Through 2016, she continue to reprise the role of Cat Grant in Supergirl. Her most recent appearance in an episode was in “The Last Children of Krypton”, which aired in October of 2016. Supergirl is currently set to run through 2017, so it is not outside of the realm of possibility that Calista continued to perform within the role into the new year. Even if she doesn’t, considering her recent and sustained success as a television actress, I highly doubt that Calista Flockhart will be out of work anytime soon. As long as top-tier television programs are being made, there will always be a place for her.