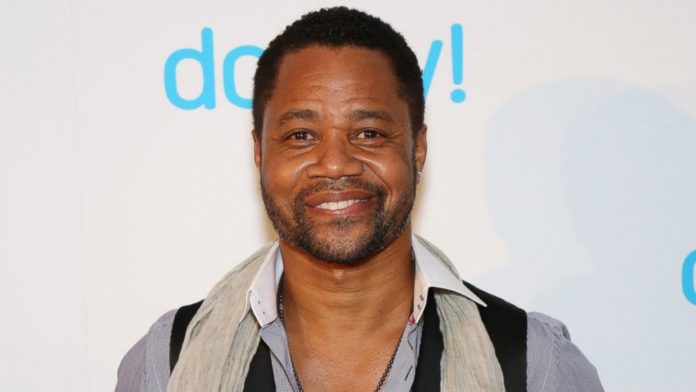 During the 1990’s and early 2000’s, Cuba Gooding Jr. was seen as one of the most promising people in Hollywood. Due to critically acclaimed performances in movies like Jerry Maguire and As Good as It Gets, he saw himself propelled to stardom within a relatively short period of time. When he was at his prime, many people thought that he would go on to become a major force in Hollywood. However, his career has slipped more into obscurity in recent years. Where has Cuba Gooding Jr. been more recently? In this article, I’m going to answer that question. I’ll be providing you all with a brief run-down of his career up until this point, while also being sure to let all of his fans know what Cuba has been doing lately. 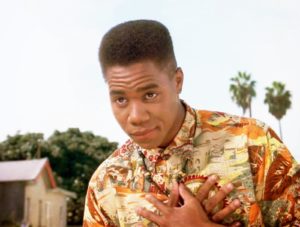 Cuba Gooding Jr. was born in January of 1968 in The Bronx, New York City. He was brought up around entertainment from a very young age, with his mother and father both being singers. Cuba Gooding Sr. is actually a fairly significant, being the lead vocalist of soul group The Main Ingredient. (This group is perhaps best known for the singles “Everybody Plays the Fool” and “Just Don’t Want to Be Lonely”, both of which released during the early 1970’s.) Following his father’s success, Cuba and his family moved to Los Angeles. His dad ended up leaving the family, however, and so Gooding was largely raised by his mother in Los Angeles. He attended many high schools, and he was popular in many of them, serving as class president in three different schools. Cuba’s first foray into the entertainment industry was kind of unusual. In 1984, he performed as a breakdancer during the 1984 Summer Olympics’s closing ceremonies. He performed during Lionel Richie’s performance, and although it didn’t make him a star overnight, it definitely added to his mystique as an artist.

With his dream of being an actor firmly in hand, Cuba was able to land some small parts on television shows, like Hill Street Blues, Amen, and MacGyver. Although none of these roles single-handedly pulled him to success, they all allowed him to obtain valuable experience in the industry that he would obviously not have otherwise. In 1988, he saw his film debut with a very small appearance in the Eddie Murphy movie Coming to America. In a major career move, Cuba Gooding Jr. won a starring role in the 1991 movie Boyz n the Hood, which was a critically and commercially successful hood drama. In the film, Cuba played the part of Tre Styles, and his impressive performance led to him being nominated for a Chicago Film Critics Association Award for Best Supporting Actor. This role would allow him to get his foot in the door with a couple of other major films, including the likes of Gladiator, A Few Good Men, Judgement Night, and Lightning Jack. 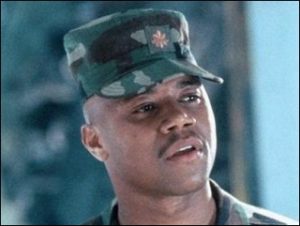 Cuba got his hands on another big role in 1995, when he played Major Salt in the medical disaster movie Outbreak, which also featured the talents of Morgan Freeman, Dustin Hoffman, Kevin Spacey, and Patrick Dempsey. Outbreak was a box office smash hit, and it earned Gooding some serious rave reviews. For his performance, he received an NAACP Image Award nomination for Outstanding Supporting Actor in a Motion Picture as well as an Image Award nomination for Outstanding Lead Actor in a Motion Picture. By this point in his career, Cuba Gooding Jr. had really legitimized himself as a professional actor — someone who could play a leading man just as easily as he could play a supporting role. All of his hard work would pay off in 1996, when he won his largest role yet.

In 1996, Cuba Gooding Jr. was cast in the movie Jerry Maguire, a sports-themed romantic comedy that featured the talents of Tom Cruise and Renee Zellweger. Cuba played the part of Rod Tidwell, a professional football player. Jerry Maguire was a critical success, but it was also a pretty big commercial one, too. The film grossed over $273 million on a $50 million budget, which I would call a real success. Critically, it was praised for its stellar performances and humorous writing. Jerry Maguire was nominated for Best Picture, and so Cuba Gooding Jr. received some significant attention for his performance, as well. He won an Academy Award for Best Supporting Actor, a Satellite Award for Best Supporting Actor in a Motion Picture, another Outstanding Performance by a Male Actor in a Supporting Role award, and even a Golden Globe Award nomination for Best Supporting Actor in a Motion Picture. Despite this monumental success, Gooding didn’t allow himself to get complacent. 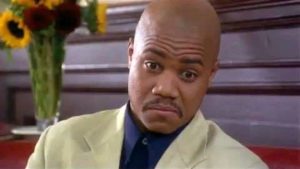 He carried this positive momentum into 1997 and 1998, when he appeared in two major movies: As Good as it Gets and What Dreams May Come. As Good as it Gets, as you may know, was hugely popular. It made over $300 million at box office, and many people today think of it as one of the best movies of all time. What Dreams May Come was less successful, but it still received some very positive reviews. Entering into the 2000’s, Gooding’s acting career became sort of hit or miss. Sometimes, he would act in a box office flop like Instinct, and then he would act in a commercial hit like Pearl Harbor. His most notable parts during this time period include roles in movies like Men of Honor, Rat Race, Radio, Snow Dogs, and Norbit. Gooding received critical acclaim, specifically, for his work in the movies Radio and Men of Honor. Beginning in 2007, he started to go down a somewhat slippery slope by appearing almost exclusively in direct-to-DVD films.

I doubt that I have to tell anyone that, even if a direct-to-DVD movie is good, it won’t get nearly as much attention as a major release. Gooding had prominent roles in many of these movies, including Hero Wanted, The Way of War, Lies & Illusions, Hardwired, Harold, and The Hit List. He obtained a more major movie role in 2012, with a part in Red Tails, which is famous for being a Lucasfilm production that has nothing to do with Star Wars or Indiana Jones. The film didn’t make a lot of money, and its writing was deeply criticized by critics. Cuba Gooding Jr. would not see another significant role in a mainstream movie until 2013, when he appeared in The Butler, a critically acclaimed movie that boasted a star-studded cast of people like John Cusack, Oprah Winfrey, Lenny Kravitz, Robin Williams, and Mariah Carey. Cuba obtained another decent role in the critically acclaimed movie Selma, which released in 2014. That was a few years ago, though. What is he doing now?

Cuba Gooding Jr.’s recent career, you may be surprised to know, is very much associated with television acting. Perhaps his largest role in 2016 was in the critically acclaimed show American Crime Story, a true crime anthology series on FX. Cuba starred in the show as O.J. Simpson, depicting O.J. during the trial that surrounded his infamous murder case. The show, and Gooding’s performance, was subject to positive reviews by fans and critics alike. He saw another major FX television role in American Horror Story‘s sixth season, often subtitled as American Horror Story: Roanoke. Gooding played Dominic Banks, which was a major role for him. Considering his intimate involvement with these recent Ryan Murphy productions, it isn’t outside of the realm of possibility that he will be appearing in future seasons of American Horror Story and American Crime Story sometime in 2017.