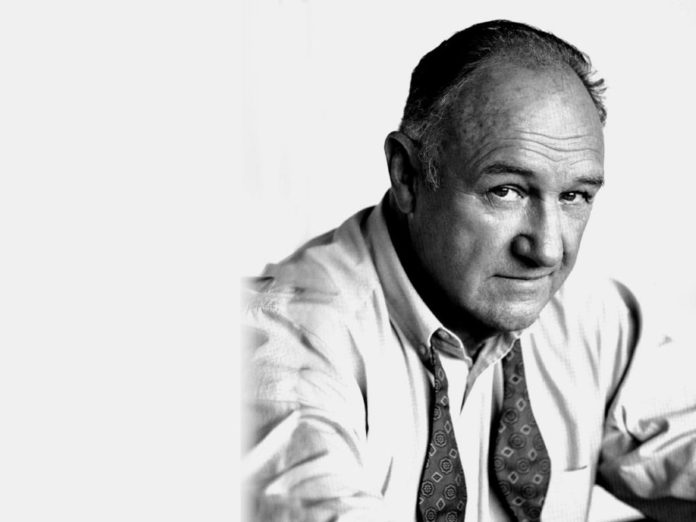 There are many people who believe that Gene Hackman is one of the greatest actors to come out of this era. He has appeared in countless films throughout his career, and his work is greatly admired by moviegoers and critics alike. Although he has made a significant impact on the entertainment industry, Hackman made the decision to to retire during the early 2000’s. What has this accomplished movie star done since then? Has Gene Hackman started acting again? In this article, I’m going to be discussing all of Gene Hackman’s career, while making sure to provide his fans with an update as to what he has been doing more recently. 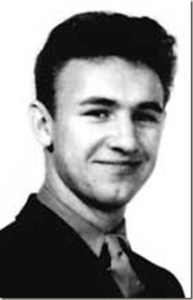 Eugene Hackman was born in January of 1930 in San Bernardino, California. His family moved around a lot, even when he was younger. Hackman attended high school for a time at Storm Lake High School, which is located in Storm Lake, Iowa. However, he decided to drop out of high school and leave home when he was just 16 years old so that he could enlist in the United States Marine Corps. Gene lied about his age in order to enlist, and he remained with the United States Marine Corps for four years. During this time, he was a field radio operator, stationed in China, Hawaii, and Japan. When Gene was discharged, he moved to New York. He would not pursue a career in acting until 1956, when he joined the Pasadena Playhouse, a performing arts venue in California. Gene wasn’t able to find much success or support in California, and so he moved to New York City. Hackman encountered a lot of resistance during his early career. He was mocked by his classmates in Pasadena, and he and his friends struggled to support themselves as young actors.

Although something like this might deter many people, Gene wasn’t like many people. He was inspired by this adversity, and he was even more determined to become an outstanding actor. Like many aspiring actors, he began with very small roles. He saw small roles in television shows like Route 66 before he acquired a more significant role in the 1964 film Lilith. Hackman probably saw his breakout role in 1967, when he played Buck Barrow in the movie Bonnie and Clyde. Bonnie and Clyde featured the likes of Faye Dunaway and Estelle Parsons, but Gene Hackman, surprisingly, was seen as one of the film’s standout stars. Hackman was highly praised for his convincing, emotive performance. He earned an Academy Award nomination for Best Supporting Actor for his portrayal, which served to legitimize and validate a lot of the hard work that he had been putting into his career in acting. He carried this momentum with him through to the 1970’s.

Gene Hackman as a Hollywood Star 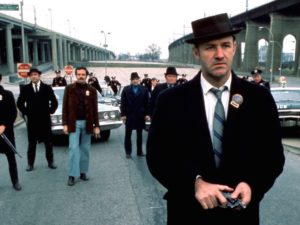 The 1970’s was a very busy, acclaimed decade for Gene. The 1970 film I Never Sang for My Father had Hackman working alongside Melvyn Douglas and Estelle Parsons, and it also earned him another Academy Award nomination for Best Actor in a Supporting Role. He would end up winning an Academy Award for his work in the 1971 film The French Connection, which he starred in. It’s definitely significant for someone to win Best Actor, and for Gene, it had Hollywood executives seriously thinking of him as a leading man. He would later star in the movie The Conversation as Harry Caul, which would earn him a nomination for a Golden Globe Award for Best Actor. In 1974, Gene encountered one of his most iconic roles in the movie Young Frankenstein. He isn’t very well known for his comedic roles normally, but this would be considered one of his most famous. He played a blind hermit, and he stole a lot of the scenes that he was featured in.

Another one of Gene Hackman’s more iconic roles was in 1978’s Superman, where he played the role of Lex Luthor. The film, which also featured the likes of Marlon Brando and Christopher Reeve, was a smash hit financially, and it is arguably one of the main movies that popularized superhero films in Hollywood. During the early 1980’s, Gene Hackman appeared in many other movies, including All Night Long, Uncommon Valor, Target, No Way Out, Bat*21, Eureka, and Full Moon in Blue Water. In 1988, Hackman got his hands on another major role, in the movie Mississippi Burning. Although this movie received mixed critical reception, no one could deny that Gene’s performance in the flick was stellar. As a result, he earned an Academy Award nomination for Best Actor, as well as a Golden Globe Award nomination for Best Actor. Just a few years later, he acquired another big role in the 1992 Clint Eastwood-directed film Unforgiven. This movie, which would go on to win Best Picture, was a massive hit. Some think of this as Gene’s best work, and it ended up earning him an Academy Award, a Golden Globe Away, a New York Film Critics Circle Award, a Boston Society of Film Critics Award, and more. 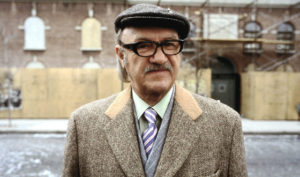 Over the years, he would see even more popular roles in movies like Wyatt Earp, Crimson Tide, The Chamber, The Birdcage, Geronimo: An American Legend, The Replacements, and Heist. Although he was one of the biggest names in Hollywood, Gene Hackman was unable to escape the concept of time. As he aged, he saw his work in film gradually begin to wind down. His last big movie, really, was in 2001, when he starred in The Royal Tenenbaums. His portrayal of Royal Tenenbaum earned him a Golden Globe Award for Best Actor in a Motion Picture Musical or Comedy. His final screen appearance was in 2004, in the movie Welcome to Mooseport, where he starred alongside Ray Romano. Hackman took a long time off from acting after this role, and in 2008 he confirmed that he had retired from the industry altogether. Although it’s a real shame that such a brilliant artist has decided to hang up his hat, it’s understandable given his age. What has Gene Hackman been up to since he retired? Has he done any additional acting work at all?

Impressively enough, Gene Hackman has remained completely true to his word, and he has not acted since that role in 2004. However, he hasn’t dropped off of the planet entirely. Since his retirement, he has released four novels, in 2004, 2008, 2011, and 2013. Aside from his 2013 novel, Pursuit, Hackman specializes almost exclusively in historical fiction. For instance, his 2004 novel Justice for None follows a World War I veteran. His 2011 novel Payback at Morning Peak is a work of Western fiction. Although Gene isn’t acting anymore, he has still had a couple of little roles in different productions. For instance, in 2016, he served as narrator for the 2016 TV movie documentary The Unknown Flag Raiser of Iwo Jima. As someone with a strong interest in history, it isn’t much of a surprise that Hackman would narrate for this Smithsonian Channel documentary. Although Gene Hackman isn’t winning major awards or making big bucks at the box office like he used to, he’s still offering a lot to the world as a whole.