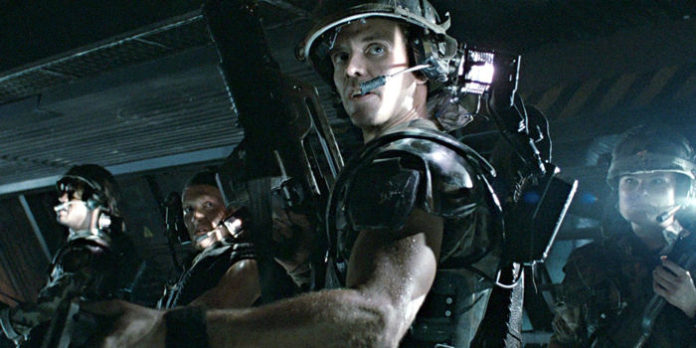 “Eight meters!” Hudson stammered, looking at his M314 motion tracker. With every second, the hand-held box emitted a shrill beeping sound, letting the surviving colonial marines know that they would not be alone for much longer. The marines and their civilian allies looked to their hastily erected barricades, not knowing how long welded-shut blast doors would hold against the horde outside.

“Seven… Six!” Hudson counted down as globs of sweat dripped down his chin.

“That can’t be, that’s inside the room!” Ellen Ripley stated. The Warrant Officer turned dock worker turned advisor on the doomed mission gripped the barrel of her Pulse Rifle tighter and held it at the door, ready to fire at the slightest scratch against its metal skin.

“It’s reading right, man! Look!” Hudson’s voice began to break as he held the screen closer. Waves of sound bounced against the walls and back, filling the 3X5 monitor with dozens, if not hundreds of white dots.

“Five meters, man! What the hell?” Ripley looked to her own motion scanner. Hudson was not wrong. Hordes of vicious aliens bent on their evisceration swarmed at all sides. In the hour it took the team of marines to secure the facility, there was one entry-point they hadn’t counted on the aliens using. Their problem wasn’t fire power, or a lack of it. They were just looking at the wrong direction. Slowly, she and the other marines looked up to the ceiling—and the maze of vents just beyond the ceiling tiles.

In seconds, Hicks was mounting a box, flashlight in hand.  He pushed open one of the tiles, and his panicked eyes peered into darkness—to find a dozen snapping, drooling jaws inching closer towards him.

He fell backwards. Squeezing the trigger of his Pulse Rifle, a burst of noise like a chainsaw sent fifteen explosive caseless rounds into the blackness above. Ceiling tiles all across the room ruptured, and the glistening black demons that made the vents their home rained from above amidst a symphony of pulse rifle fire and inhuman shrieks.

At the end of the day, Corporal Hicks entered a cryo-pod wounded, but alive. He lost his entire squad on planet LV-426, but emerged from the ordeal alive with Ripley, Newt (A young surviving colonist), and half of an android.

He would go on to have many more adventures fighting against the Xenomorphs that threatened the human race, because Alien 3 didn’t happen. At least, that’s what his actor Michael Biehn likes to think. It was his exclusion from Alien 3 that marked his decline in film. But what happened to Michael Biehn?

How He Got Started – The Rise of Biehn 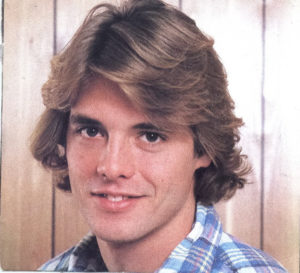 To find out what happened to Biehn’s career, we must first look at his early life and how he began it. He was born in Anniston, Alabama to Marcia and Don Biehn and was the second out of three siblings. He was moved to Lincoln, Nebraska and later on to Lake Havasu, Arizona at an early age. The act of moving, or picking up your life and dropping it in a different region, can be hard on anyone, especially children. This was not the case for Biehn, who pressed on in search of his passion. It was at Lake Havasu that he found that passion, occupying his time at his high school’s drama club to discover himself as an actor. After graduating, he attended the University of Arizona, where he attended more drama programs before graduating and moving to Hollywood to jumpstart his career.

His career began quietly, with a bit-part role in the film Grease in 1978. While he only appears in two scenes, they were both memorable (the trained eye can spot him getting hit in the stomach by John Travolta while playing basketball). His first real role came in 1981, in which he played the antagonist in The Fan, a stalker out to get his idol. The film ultimately received mixed reviews, earning only $3 million on a $9 million budget. Before The Fan, his early years had comprised of parts in made-for-television movies and lesser known films like Hog Wild. It wasn’t until 1984 that his career really took off.

It was the year 1984 when Biehn became a household name, with his character Kyle Reese in The Terminator making him a pop culture icon. His portrayal of a battle weary soldier, misplaced by time and in-love, cemented him in the hearts of viewers as the ultimate likeable protagonist. This film was the film that gave Biehn the chance he needed to flex his acting muscles, and it built him a relationship with director James Cameron. Biehn would go on to feature heavily in Cameron’s other films, notably in The Abyss and Aliens, the latter of which is considered to be one of the greatest action movie sequels of all time next to Terminator 2.

Unfortunately, it was around this time in the early 90s that his career began to drop. Plans for him being the main character in Alien 3 (replacing Ellen Ripley in an early draft by William Gibson) had fallen through. In the final draft, written by Walter Hill and David Giler, Hicks was killed off within the first seconds of the movie. This came as a complete shock to Biehn, who was informed of this decision later during the already troubled production of the film. This didn’t stop producers from using his likeness in the film, however, which lead to legal disputes between him and the filmmakers which further complicated the production.

The coming of the 2000s saw his decline into obscurity. While he took roles in big budgeted films like The Art of War and Clockstoppers, the films themselves were not well received critically or financially enough to get him back in the public eye. As a result, he was forced to take on more minor roles in independent films like Havoc, and voice acting roles in video games like Command & Conquer: Tiberian Sun. To make ends meet, he starred in TV dramas like The Magnificent Seven (which ran from 1998 to 2000) for CBS, the syndicated television series Adventure Inc. (Which ran only a year, from 2002 to 2003), and the NBC show Hawaii in 2004. All of these shows were cancelled due to low audience interest.

At one point, he was considered for the role of Colonel Miles Quaritch, the antagonist of James Cameron’s Avatar in 2009. Cameron ultimately decided to cast Stephen Lang for the part however, believing that Sigourney Weaver’s role in the film would remind people too much of Aliens.

Most recently, Biehn was featured as the protagonist of Far Cry 3’s expansion Blood Dragon, a role that paid tribute to 80s action heroes like himself. He also reprised his role as Corporal Hicks in the game Aliens: Colonial Marines. The retconning his death in Alien 3 brought his character back to the land of the canonically living for future roles in the franchise. 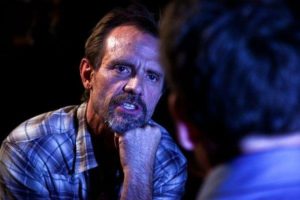 Corporal Hicks’ fate being unsealed has opened up a variety of doors for Michael Biehn in future films. While Biehn himself has faded into the background with roles in mediocre movies (Scorpion King 4 didn’t exactly do his career any favors), the possibilities of him returning to the Alien franchise and revitalizing his career as an action star have never been higher. Rumors of a fifth installment directed by Niel Blonkamp, director of District 9 and Elysium, have been circulating the internet. If these rumors of a soft reboot turn out to be true, we will get a sequel that will rectify the franchise’s mistakes of the past and put Biehn back in the spotlight as one of Hollywood’s greatest under appreciated action stars.