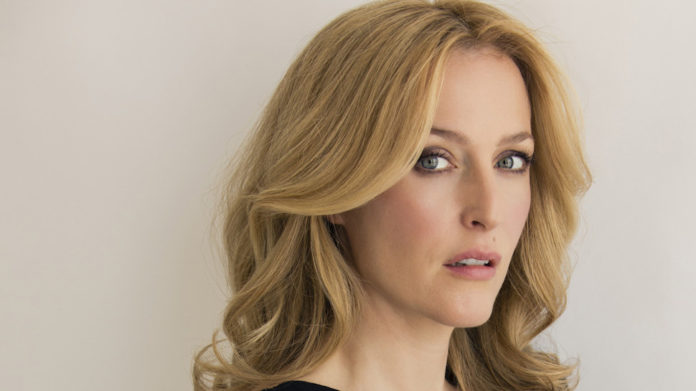 Gillian Anderson is a highly popular actress, in both television and film. Although she is perhaps best known for her work as FBI Special Agent Dana Scully in the hit television series The X-Files, her acting abilities span far past that one role. She was a very popular actress during the 1990’s and 2000’s, but what has she been doing more recently? Personally, I can’t remember Gillian Anderson appearing in any major production at all during 2016. Is she retired from acting? In this article, I’ll be talking about how Anderson was able to rise to prominence within the entertainment industry while also making sure to provide her fans with an update as to where she has been taking her career more recently. Without further ado, let’s see what we can’t find out about this beloved television actress.

Gillian Anderson was born in August of 1968 in Chicago, Illinois. Her father owned a film post-production company, and so she moved around a lot during her childhood. For periods of time, she lived in places like London and Puerto Rico, before her family ultimately ended up settling for a time in Grand Rapids, Michigan. From a very young age, Gillian was interested in studying marine biology. However, maybe partially due to the work that her father did, she became more interested in a career in acting. During her adolescence, Gillian went through sort of a rebellious period, where she acted out and experimented a lot with drugs. However, she ended up cleaning up her act to an extent once she graduated from high school. 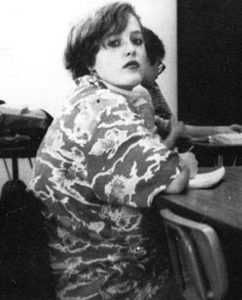 Following her high school graduation, Anderson ended up attending DePaul University, where she would study at the theatre school. She was able to graduate from the college with a degree in fine arts in 1990. Gillian had to work incredibly hard to support herself through college, and she had to work at the Goose Island Brewpub in order to make money. (Today, the establishment has a drink named after her.) Once she had graduated from high school, Gillian ended up doing what a lot of aspiring actresses do and moved to New York City. Again, to support herself, she had to work odd jobs, and she worked as a waitress a lot of the time. Her acting career really kicked off on the stage, when she earned a role in the play Absent Friends, which was playing at the Manhattan Theatre Club. For her work in the play, she ended up winning the 1990-1991 Theatre World Award for Best Newcomer. She acquired yet another stage role in The Philanthropist, which played in the Long Wharf Theatre.

Despite these successes, Gillian ended up making yet another move, this time to Los Angeles. Very shortly after the move she made her film debut in The Turning. However, don’t take this as any major indicator of her success in Los Angeles. The movie itself was filmed a good deal prior to its release. In Los Angeles, Gillian struggled to acquire the roles that she was looking for. Despite the fact that she never, ever wanted to enter television acting, she ended up turning to the medium as something of a last resort. Her first major television appearance came in 1993, when she made a small appearance on the Fox drama Class of ’96. Despite the fact that television acting was something that Anderson never saw herself doing, she would see herself enter that field in a very major way in the years to come.

Gillian Anderson and The X-Files 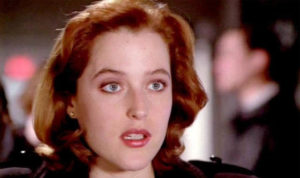 Due to her brief work on Class of ’96, Gillian was able to get her hands on a script to a television show called The X-Files. It was proposed that she portray FBI Special Agent Dana Scully, a straight-laced, intelligent, independent female FBI agent. Despite Anderson’s notable distaste for television acting, she was drawn to this character and to this role. Fox initially wanted to cast someone who was a little bit more famous for this role, but the show’s producers insisted that Anderson be given the part. When she actually signed onto the show, she assumed that she would just be doing 13 episodes. Little did she know, The X-Files would become a massive hit, and end up receiving nine full seasons and a movie. Her performance in the program received critical acclaim. Over the years, she earned an Emmy, a Golden Globe, and two Screen Actors Guild Awards for her outstanding performance on the program. Thanks to The X-Files, she became the very first actress to win each of these major awards all within a single year.

Her work as Scully was also culturally iconic. Not only is she still considered one of the faces of a beloved television show, but her performance inspired young girls around the world to pursue career in science, medicine, and law enforcement. It’s interesting, because Gillian was originally interested in the role due to the strong feminist appeal of Dana Scully. Due to her performance, those fields saw a notable increase in females. Once the show had ended in 2002, Gillian continued to work at a serious career in entertainment. Even while The X-Files was ongoing, she took on various gigs on the side. She worked on movies like Chicago Cab, The Mighty, Playing by Heart, and even the Studio Ghibli film Princess Mononoke. By 2004, she had made a full-fledged return to theater, starring in The Sweetest Swing in Baseball, which was playing in the Royal Court Theatre. This particular stage performance from her received a lot of critical recognition. In 2005, she appeared in the BBC drama serial Bleak House, which earned her an IFTA award. It also earned her a BAFTA nomination, an Emmy nomination, a Golden Globe nomination, and a Satellite Award nomination. 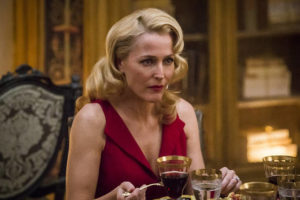 Needless to say, Gillian Anderson had definitely proved that she was more than just her most iconic role. During the 2000’s, she appeared in many films, including The Last Kind of Scotland, The X-Files: I Want to Believe, Boogie Woogie, How to Lose Friends & Alienate People, and Straightheads. Entering into the new decade, she continued to put in a lot of work in various television, film, and British productions. Arguably her largest “mainstream” work during this period was when she portrayed Dr. Bedelia Du Maurier in the critically acclaimed NBC series Hannibal. In the theater community, she saw rave reviews for her portrayal of Blanche DuBois in the Young Vic Theatre production of A Streetcar Named Desire. Outside of those more niche roles, though, she hasn’t been doing a whole lot in the mainstream eye. (After all, Hannibal ended in 2015.) So, with all of that in mind, what exactly has Gillian Anderson been doing more recently in her career?

In a famous career move, Gillian ended up actually reprising her role of Dana Scully in a short miniseries revival of The X-Files earlier in 2016. Also in 2016, she continued to develop her stage career by appearing as Blanche DuBois in a Brooklyn production of A Streetcar Named Desire. She is also continuing her work on the British crime drama series The Fall, where she serves both as executive producer and as star. In the years to come, she has a couple of different projects lined up, as well. In 2017, she is set to serve as narrator in the Studio Ghibli series Ronja the Robber’s Daughter. She is also set to have a major role in the film Viceroy’s House. Another film that she is slated to appear in is Crooked House, an adaptation of the Agatha Christie novel. Although you may not see her on your television every single week like you did during the 1990’s, I assure you that Gillian Anderson is still keeping herself very, very busy in show business.