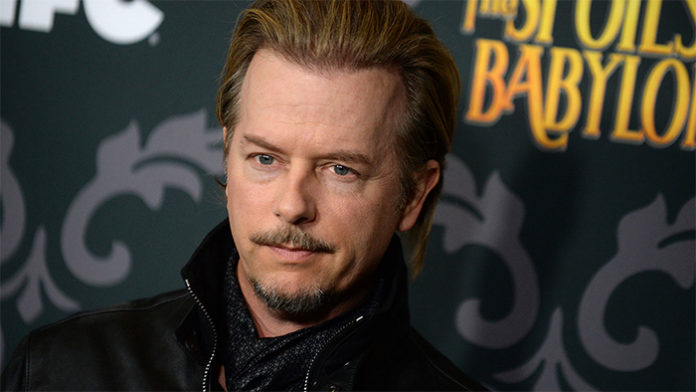 Michigan-born actor, David Spade initially rose to fame as a cast member of the Saturday Night Live in the 90’s. A fan of the late-night comedy ever since he was a teen, he later began performing stand-up  in his late adolescent years. Making the decision to pursue it as a career, he then moved to Los Angeles and embarked on a comedy tour. At one of the subsequent shows, Spade ended up catching the attention of a talent agent who happened to be present. Recognizing his potential, he invited the aspiring comedian to be part of his film, Police Academy 4: Citizens on Patrol (1987)ーit ultimately became his big screen debut. From there, he was selected as one of six guests to be featured on HBO’s 13th Annual Young Comedians Show (1989); it was then that he met and befriended, fellow stand-up comedian Dennis Miller, who served as the show’s host. With Miller’s help, Spade was eventually able to secure a spot in the late-night sketch comedy, Saturday Night Live in the spring of 1990.

Slowly rising in prominence, his witty sarcasm soon caught on by the time the series was on its second season. Before long, Spade had become one of the most popular comedians on televisions. By the time he left the show in 1996, he had accumulated three Primetime Emmy Award nominations for “Outstanding Writing in a Comedy Series”. Just a year after his departure from Saturday Night Live, he landed a lead part in the NBC sitcom, Just Shoot Me!, which also proved to be a huge successーit later garnered him a Golden Globe Award nomination and a Primetime Emmy Award nomination for the category of “Best Supporting Actor”. Since then, Spade has gone on to appear in a number of series, some of which include Sammy (2000), 8 Simple Rules (2004), The Showbiz Show with David Spade (2005), Rules of Engagement (2007), and Roadies (2016).

So what has the American comedian turned actor been up to recently? What new roles have he taken on these past few years? What happened to David Spade? Where is he now in 2018? 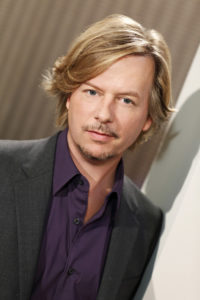 Born on July 22, 1964, in Birmingham, Michigan, David Wayne Spade is the son of Wayne M. and Judith J. Spade, a sales representative and a magazine editor. He has two brothers named Andy and Bryan ーthe former of whom co-founded the Kate Spade designer brandーand is of Scottish, Irish, German and English descent. When he was four years old, his family moved to the city of Scottsdale, Arizona. Shortly after settling down however, his parents divorced; consequently, he and his siblings were raised up majorly by this mother.

As a teen, Spade loved watching Saturday Night Liveーlittle did he know at the time however, that one day he would star on the show. After graduating from Saguaro High School, he attended Scottsdale Community College briefly, prior to transferring to Arizona State University. An aspiring comedian, Spade participated in the college’s sketch comedy show, Farce Side Comedy Hour on many occasions; he later graduated with a business degree in 1986.

Relocating to Los Angeles, Spade eventually embarked on a comedy tour, performing at a handful of local campuses and nightclubs. During one particularly fateful show, his comedic talents caught the attention of a talent agent, who happened to be in the audience. Approaching the comedian, he later offered him a role in the crime comedy, Police Academy 4: Citizens on Patrol (1987). Although the movie wasn’t well received, it ultimately served as Spade’s film debut. Having put himself out there in the entertainment scene, he soon received another on-screen opportunity when he was selected as one of six guests to be featured on HBO’s 13th Annual Young Comedians Show (1989)ーit was during his time on the show that he met Dennis Miller, a fellow comedian who was also the series’ host. With his help, Spade was able to secure a role in the popular late-night sketch comedy, Saturday Night Live in April of 1990.

Quickly becoming known for his sharp sarcasm and aleck characters, Spade quickly rose to fame as an up-and-coming comedian. Shortly after joining the show, he was promoted to one of their writers, helping to create entertaining content for the series. While on Saturday Night Live, he performed a number of popular sketches and was also known for his impressions of Michael J. Fox, and Brad Pitt. After being a cast member for six years, Spade left the show in 1996.

A year prior to his departure, Spade starred in the comedy film, Tommy Boy (1995), alongside fellow Saturday Night Live co-star, Chris Farley. Originally titled “Rocky Road”, it depicted the story of a socially awkward and emotionally immature man, who begins to learn the importance of self-worth and friendship after his father’s untimely death. While Farley portrayed the role of said man, Thomas R. Callahan III, Spade played the part of Richard Hayden, one of Thomas’ acquaintances from his childhood days. Released in theatres on March 31, 1995, Tommy Boy earned close to $8 million over its opening weekend and had managed to snatch the number one position at the box office. Although it was a commercial successーearning over $32 million altogether worldwideーit received mainly mixed reviews from critics. Nonetheless, the film was a huge hit amongst viewers, and has since become a cult classic. For their on-screen chemistry, Spade and Farley received an MTV Movie Award for “Best On-Screen Duo” in 1996.

In 1996, Spade and his co-star hit the screens yet again in the comedy, Black Sheep. Directed by Penelope Spheeris, it centred around a Governor of Washington hopeful, who finds himself having to deal with the incompetent and unwanted help from his brother. The second collaboration between Spade and Farley, it grossed over $32 million during its theatrical run. Unlike their first film together however, Black Sheep was critically panned by criticsーmany criticizing it for its unoriginal and sometimes unbelievable moments. Despite the fact that it went on to receive a 28% approval rating on Rotten Tomatoes, it eventually went on to garner a cult following, much like Tommy Boy. 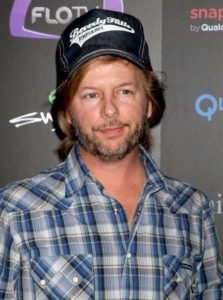 A year later in 1997, Spade secured a lead part in the NBC sitcom, Just Shoot Me!. Created by Steven Levitan, it revolved around a journalist named Maya Gallo whose hot-temperedness gets her fired from her job; facing eviction, she is then forced to work for her father’s fashion magazine, Blush. Originally premiered on television on March 4, 1997, Just Shoot Me! was very well-receivedーits first season attracted an average of eight million viewers.

Continuing to grow in popularity, it eventually peaked at at fifteen million during season five. In the series, Spade played the role of Dennis Finch, a Hudson River Junior College alumni who is suspected to be gay by many characters. Aside from the actor, Just Shoot Me! also features actors Laura San Giacomo, Enrico Colantoni, Chris Hogan and Rena Sofer. Nominated for six Primetime Emmy Awards, one of which was directed towards Spade, the sitcom continued for seven years and eventually came to an end in August 2003 following its seventh season; by then, there had been well over a hundred episodes. For his portrayal, he also received a Golden Globe Award nomination as well as an American Comedy Award nomination.

The following year, he starred in the ABC sitcom, 8 Simple Rules for Dating My Teenage Daughter (2002). Based on a book of the same title by author W. Bruce Cameron, it debuted on television on September 17, 2002. Created by Tracy Gamble, it followed the lives of the Hennessy family after the death of their patriarch, Paul (played by the late John Ritter, who passed away while filming in September 2003). Taking on the role of C.J. Barnes, Spade portrayed the role of the mother’s nephew; other members of the cast include Katey Sagal, Kaley Cuoco, Amy Davidson, Martin Spanjers, and James Garner. Fairly well-received, 8 Simple Rules for Dating My Teenage Daughter garnered close to eleven million viewers during its initial season; although the ratings held up for its second season, it eventually dropped to seven million during its final season. After seventy-six episodes, the sitcom was cancelled by ABC due to low viewership ratings.

After running his own comedy show, The Showbiz Show with David Spade (2005) for two years, Spade was cast as one of the main characters on the CBS series, Rules of Engagement (2007). Premiered on the network on February 5, 2007, it focused on the complications of marriage, commitment and dating, experienced by two couples and their bachelor friend. Although the sitcom received less-than-ideal reviews upon its debut, it remained relatively popular amongst viewers, having attracted over twelve million audience members to their screens in its first season. While Patrick Warbuton, Megyn Price, Oliver Hudson and Bianca Kajlich portrayed the roles of those in a relationship, Shade played the part of their womanizing single friend, Russell Dunbar Patel. For his performance in Rules of Engagement, the actor was nominated for a Teen Choice Award for “Choice TV Actor: Comedy” in 2007. Following a six-year run, it aired its hundredth and final episode on May 20, 2013.

Although Spade hasn’t starred in many television programmings since then, he has made a number of guest appearances in The Goldbergs (2014), Real Rob (2015), Fameless (2016), and Inside Amy Shchumer (2016).

This year, Spade has been filming for an upcoming drama thriller called, Warning Shot (2017). Directed by Dustin Fairbanks, it will revolve around a mother and daughter pair as they inherit a family farmhouse. Set to be released sometime in 2017, it will also be starring James Earl Jones, Bruce Dern, Frank Whaley, Tammy Blanchard, Niki Koss and Dwight Hentry.

Other than that, the actor has also recently starred in the TV film, The Kicker (2016), which centred around an eccentric athlete who begins to get under the skin of his family and friends after being cut from his football team. Released this past August, it also featured actors JoAnna Garcia Swisher, Geoff Stults, J.B. Smoove, Ginger Gonzaga and Quincy Fouse.

If you’d like to stay connected and up-to-date with the actor, you can do so by following him on social mediaー you can find David Space on Twitter or Instagram at @DavidSpade.