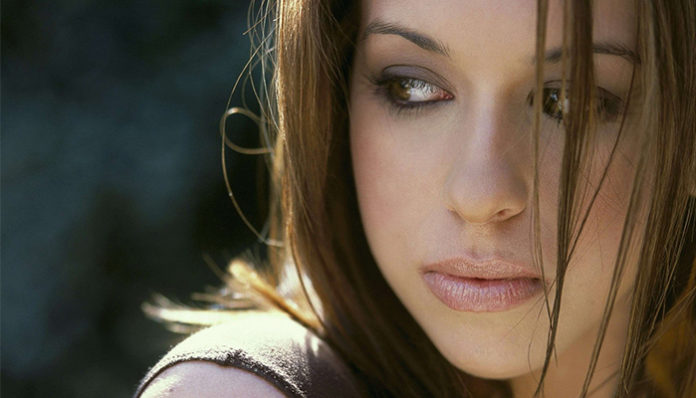 American actress Lacey Chabert initially started her career as a child star in the television series, Party of Five (1994). An aspiring performer ever since she was young, she always knew that acting was something that she wanted to pursue. Having taken both music and drama classes, Chabert was eventually featured on Star Search (1991) at the age of nine; soon afterwards, she made her small screen debut in a TV film called A Little Piece of Heaven (1991). From there, she appeared in a couple of television commercials prior to landing a role in a Broadway production of Les Miserablesーone which she portrayed for two years. In 1992, the young actress also made a number of small appearances in the mystery drama, All My Children. Over the next year, she lent her voice to several video shorts such as Best Learning Songs Video Ever (1993), Best Busy People Video Ever (1993), and Best Sing-Along Mother Goose Video Ever (1993). When she was twelve years old, she received a big break when she was cast as Claudia Salinger in the teen drama, Party of Five.

Met with countless positive reviews, the series was named as one of the best television shows of its year by TV Guide. Playing the part of a main lead, Chabertーwho previously had only portrayed small rolesーgained some much needed exposure as a child actress, which in turn garnered her much fame. In 1998, while she was still starring on Party of Five, she also took up a main voice-over role in the animated cartoon, The Wild Thornberrys (198), where she voiced one of the main characters. Since then she has also made appearances in The Lion King II: Simba’s Pride (1998), Hercules (1998), Family Guy (2000), The Proud Family (2002), Ghost Whisperer (2006), to name a few. Throughout her career, Chabert has taken on well over a hundred different roles as an actress.

Aside from television, Chabert has also appeared in multiple filmsーin 1998, she made her big screen debut in the science fiction movie, Lost in Space. Some of her other works include The Scoundrel’s Wife (2002), Mean Girls (2004), Dirty Deeds (2005), Black Christmas (2006), Being Michael Madsen (2007), Reach for Me (2008), and Slightly Single in L.A. (2012). A talented and versatile actress, the brunette’s work has netted her countless awards over the years including three Young Artist Awards (e.g. Best Performance by a Young Actress in a Drama), an MTV Movie Award (e.g. Best On-Screen Team), amongst many other nominations. In addition to acting, she has also been featured in a handful of reality shows such as Punk’d (2003), Celebrity Poker Showdown (2005), and Bachelor Live (2016).

So what has the actress of Party of Five fame been up to since then? What are some of her latest film and TV projects? What happened to Lacey Chabert? Where is she now in 2018? 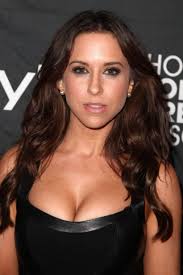 Born on September 30, 1982, in Mississippi, Lacey Nicole Chabert is the daughter of Tony and Julie Chabert, the former of whom was a worker at an oil company. The third oldest out of four siblings, she has two older sisters and a younger brother; she is of English, Sicilian, Cajun, Italian and Scottish descent. Growing up, Chabert had always been a performerーnot only did she attend music classes, but she was also enrolled in drama lessons. When she was nine years, old, she participated in the talent show, Star Search (1991) where she eventually made it to the final round. That same year, she also made her television debut in the film, A Little Piece of Heaven (1991). Shortly afterwards, she landed a role as young Cosette in the Broadway musical, Les Miserables.

Around that same time, she also appeared in a couple episodes of the series, All My Children (1992). Branching out into voice-over work, the young star later lent her voice to several video shorts including Best Learning Song Video Ever (1993), Best Sing Along Mother Goose Video Ever (1994), and Best Busy People Video Ever (1994). After a series of small roles, the aspiring actress received a breakthrough when she was cast as a leading character in the ABC sitcom, Party of Five in the fall of 1994.

While it wasn’t her first time appearing in a TV show, it was her first time portraying a series regular. Created by Amy Lippman and Christopher Keyser, Party of Five followed the lives of five siblings, who are left to find their own way in life following the death of their parents in a car accident. Boasting an ensemble cast, the series starred Neve Campbell, Scott Wolf, Matthew Fox as three of the siblingsーJulia, Bailey, and Charlie Salinger respectively; the family’s youngest sibling, Owen Salinger, was played by a number of actors, as he grew up throughout the course of the show. In it, Chabert took on the role of Claudia Salingerーan eleven year old precocious child genius, who is naturally talented at playing the violin; despite her intellect however, she finds herself constantly struggling with being an orphan.

Originally released on September 12, 1994 on the Fox Network, Party of Five earned a 6.2 rating during its first seasonーeventually at the peak of its popularity in late 1997, it managed to garner over 11 million viewers. Nominated for a Primetime Emmy Award in 1996, the teen drama offered Chabert a huge opportunity to showcase her acting talents in front of countless audience members; as such, it earned her much notoriety and fame during its run. Commended for her portrayal of Claudia, the brunetteーwho was in her early teens at the timeーreceived various awards including a Young Artist Award, two Young Star Awards, amongst several other nominations. 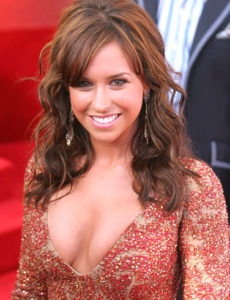 While she was starring on Party of Five, she also guest appeared in a few episodes of Gargoyles: The Goliath Chronicles (1996), Aaahh! Real Monsters (1996), Redux Riding Hood (1997), and Babes in Toyland (1997). In 1998, the then sixteen-year-old secured her a major voice-over role in the Nickelodeon animated cartoon, The Wild Thornberrys.

Debuted on television on September 1, 1998, the comedy series starred Chabert as its main female lead, Eliza Thornberryーthe twelve year old daughter of two renowned nature show hosts, Marrianne and Nigel Thornberry (played by Jodie Carlisle and Tim Curry respectively). Granted with the unique ability to speak and communicate with animals, Eliza alongside her siblings and pet monkey travels to various wildlife habits as part of her parents’ work. Aside from the aforementioned voice actors, The Wild Thornberrys also featured the voice talents of Flea, Tom Kane, and Danielle Harris.

The first Nickelodeon animated series to consist of 22-minute episodes, it proved to be popular amongst younger audiences. Praised for its educational nature, The Wild Thornberrys garnered multiple awards including a Daytime Emmy Award for the category of “Outstanding Children’s Animated Program” in 2001. Following a six year runーwith Chabert continuing to play the role of Elizaーit came to an end on June 11, 2004 after five seasons; by then, it had run for over 90 episodes.

In 2004, Chabert took part in her first major blockbusterーthe teen comedy film, Mean Girls. Based loosely on a self-help book written by Rosalind Wiseman, it revolved around a former home-schooled girl named Cady, who after transferring to a public high school, finds herself invited into the exclusive clique called the Plasticsーa trio of girls led by “Queen Bee”, Regina George. While actress Lindsay Lohan played the role of Cady, Chabert portrayed the part of Gretchen Weinersーa wealthy teenager who is also known for being the “gossip girl” of the group; other main cast members in the movie include Rachel McAdams, Amanda Seyfried, Lizzy Caplan and Jonathan Bennett. 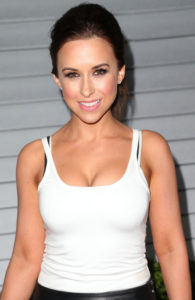 Screened on April 30, 2004, Mean Girls was a huge box office successーgrossing over $24 million across 2800 theatres in the United States. Having debuted at number one, it eventually went on to accumulate more than $129 million worldwide in ticket salesーa staggering amount compared to its production budget of $17 million. Critically acclaimed, it garnered favourable reviews from viewers and critics alike upon its release; Chabert’s breakout performance also earned her much applause. Deemed “funnier than the average teen comedy”, it has since been deemed as one of the “Top 50 Greatest Teen Comedies” by the review aggregation site, Rotten Tomatoes. For her on-screen chemistry with the rest of the cast, the actress received an MTV Movie Award for “Best On-Screen Team”, which was shared with her fellow co-stars.

Returning to her voice-over work, Chabert played the part of the female lead in the Marvel animated series, The Spectacular Spider-Man in 2008. Based on the original Spider-Man story by Steve Ditko and Stan Lee, it featured the actress as Gwen Stacyーthe love interest of Peter Parker (voiced by Josh Keaton), the show’s main protagonist. A college student, she later becomes a junior lab assistant at Empire State University alongside Parker.

Originally premiered on March 8, 2008, The Spectacular Spider-Man was extremely well-received. Quickly a fan favourite amongst viewers, it has been praised as “one of the best superhero adaptations” on television. A quality series, it was included in IGN’s list of “Top 100 Best Animated TV Shows” back in 2009. Aside from The Wild Thornberrys, The Spectacular Spider-Man remains to be one of Chabert’s most well remembered voice-over roles on TV.

Returning to live-action acting, the actress was cast as a supporting character in the American sitcom, Baby Daddy in 2012. Created by Dan Berendsen, it centred around Benjamin Wheelerーa young man whose life is turned upside down after he comes home to find a baby on his doorstep left by a one-night stand. Aside from Jean-Luc Bilodeau, who played the part of said father, the series’ main cast also featured Tajh Mowry, Derek Theler, Melissa Peterman and Chelsea Kane. Making her debut in the fifth episode of the second season, Chabert portrayed the role of Dr. Amy Shawーa psychologist who eventually becomes the romantic love inters of Danny, Benjamin’s older brother. After a handful of appearances in season two, she later returned during the seventeenth episode of the third season.

Since then, Chabert has been involved with sundry television projects including Imaginary Friends (2012), Robot Chicken (2013), A Family for Christmas (2015), and Teachers (2016).

This upcoming year, the actress will be playing a main lead in the feature film, Acre Beyond the Rye (2017). Based on a novel by author Daniel W. Hood, its cast will also include James Caan, Lance Henriksen, Armand Assante, and Kevin Porter, amongst others. While we know that it will be produced by Skinfly Entertainment and Four Horsemen Films, no further details or official release date has been announced as of yet.

Aside from that, Chabert will be reprising two of her voice-over roles in 2017ーmore specifically, the character of Zantanna Zatara in the animated series Young Justice and Justice League Action.

If you’d like to stay up-to-date and connected with the brunette beauty of Party of Five fame, you can do so by following Lacey Chabert on social mediaーyou can find her on Twitter at @IamLaceyChabert or on Instagram at @thereallacey.