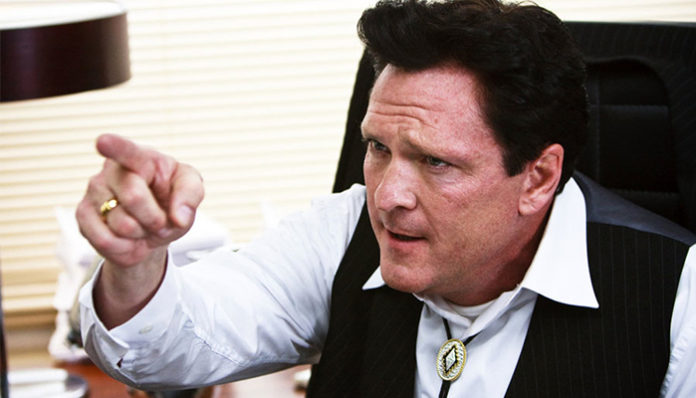 American actor and producer Michael Madsen is probably best known for Reservoir Dogs, and the Kill Bill film series. The son of a firefighter, he started his acting career as a member of the Chicago Steppenwolf Theatre Company his the early twenties. During that time, he studied under the wing of veteran actor, John Malkovich. Shortly afterward, he made his feature film debut in the biopic, Against All Home (1982) where he starred alongside Cecil Moe and Maureen McCarthy. From there, he appeared on television for the first time in the drama series, St. Elsewhere (1983) where he played a minor character. That same year, he also landed roles in Special Bulletin (1983), WarGames (1983), and Diner (1983). Throughout the rest of the 80’s, Madsen continued to appear in a variety of shows including Deadly Nightmares (1985), Crime Story (1986), Shadows in the Storm (1988), and Almost Grown (1989). Several portrayals later, the actor received a big break when he was cast in the crime thriller, Reservoir Dogs (1992).

Playing the role of a sadistic jewel thief, Madsen caught the attention of the world for the first time in the motion picture. Gradually rising in prominence, the actor then starred in Trouble Bound (1993), The Getaway (1994), Free Willy 2: The Adventure Home (1995), Almost Blue (1996), and The Maker (1997).  In 1997, he also played a major role in the critically acclaimed crime drama movie, Donnie Brasco. Continuing with his professional career, Madsen went on to appear in sundry productions prior to the arrival of the new millennium such as Surface to Air (1998), Fait Accompli (1998), The Florentine (1999), and Ballad of the Nightingale (1999). A few years afterward, he was met with another major opportunity when he was cast as a male lead in the martial arts film, Kill Bill (2003); he would later reprise his role in the subsequent sequel, Kill Be: Vol 2 (2004). Some of his other works from the 2000’s include Law of Corruption (2005), All In (2006), Cosmic Radio (2007), and No Mad Days (2008), to name a few.

Away from Hollywood, Madsen has also taken part in various TV series over the years including Our Family Honor (1995), Vengeance Unlimited (1998), Big Apple (2001), Tilt (2005), and Powers (2016). In addition, he has been involved with a number of made-for-television films such as Special Bulletin (1983), Montana (1990), Baby Snatcher (1992), Supreme Sanction (1999), and Sacrifice (2000). One of the most accomplished actors of the entertainment scene, Madsen’s impressive filmography includes more than 270 different rolesーmany of which have earned him industry awards throughout his career. For instance, his work has earned him a Hollywood Film Award, a Jury Award, a Feature Film Award, the list goes on.

So what has the veteran actor of over two decades been up to recently? What new movies will he be starring in? What happened to Michael Madsen? Where is he now in 2018? 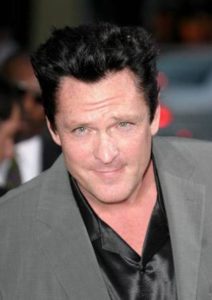 Born on September 25, 1958 in Chicago, Illinois, Michael Soren Madsen is the son of Calvin and Elaine Madsen, a firefighter and a filmmaker; he is of Irish, German, English, Scottish and Native American ancestry. When he was still a young child, his parents divorced; his mother consequently went on to pursue a career in the arts after receiving encouragement from movie critic, Roger Ebert.

Madsen has two siblings, two sisters named Cheryl and Virginiaーthe latter of whom is an Academy-Award nominated actress. His acting career started in the late 1970’s when he joined the Steppenwolf Theatre Company; during that time, he was taken under the wing of veteran actor John Malkovich, who showed him the ropes of performing in the show business. By the early 1980’s, Maden began attending auditions in hopes of landing a professional acting role.

Luckily for him, he quickly secured a starring role in the film, Against All Hope (1982) where he played alongside Cecil Moe and Maureen McCarthy. Following his first taste of stardom which also served as his big screen debut, he went on to appear in a series called St. Elsewhere (1983) and a TV film, Special Bulletin (1983). Eventually, he was cast as the main lead in the ABC drama series, Our Family Honor in 1985; despite its impressive production budget however, it was cancelled by the network after thirteen episodes due to low ratings. Following that, Madsen appeared in a variety of film and TV projects including The Killing Time (1987), War and Remembrance (!988), Tour of Duty (1989), Kill Me Again (1989), and The End of Innocence (1990).

Finally, after a multitude of roles, the actor received a big break with the crime thriller film, Reservoir Dogs in 1992. 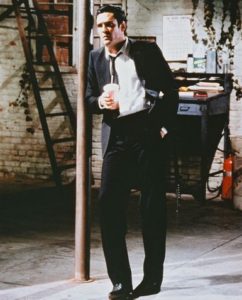 Written by Quentin Tarantino, who also helped to direct the motion picture, Reservoir Dogs revolved around a group of jewel robbers who find themselves in trouble after a heist goes terribly wrong; to make matters even more complex, they start suspecting that one of their members is actually a police informant.

While it wasn’t Maden’s first time playing a starring role, his portrayal in the thriller ultimately garnered him widespread attention among both viewers and critics. In the film, he starred as Mr. Blonde (real name: Vic Vega)ーa razor welding psychopath who is part of the of eight-men grow; he is joined by actors Harvey Keitel, Tim Roth, Steve Buscemi, Chris Penn, and Lawrence Tierney.

After premiering at the Sundance Film Festival, Reservoir Dogs was promptly screened across 19 theatres after being picked up by Miramax Films; during its first week, it grossed over $147,000. Following a extended release, the thriller grossed a total of $2.8 million in ticket sales in the United Statesーover double that of its budget of $1.2 million. Hailed as both an influential and important milestone of independent film-making, it has inspired many indie movies since its release. Given a score of 90% on Rotten Tomatoes, Reservoir Dogs received countless praise for its incredible directing and cast. Having said that, it did garner substantial criticism for its strong language and violence. The winner of multiple awards, the film remains to be one of Maden’s most well-remembered early works. 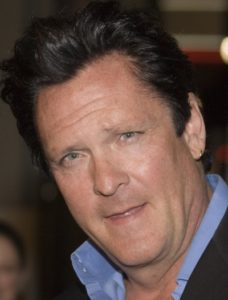 In 1997, the actor was cast as one of the main leads in the major box office hit, Donnie Brascoーa crime drama film based on the true story of Joseph D. Pistone. Directed by Mike Newell, it depicted the story of an undercover FBI agent who is tasked with infiltrating a Mafia crime family in New York City; as he delves deeper into his mission however, he finds himself identifying increasingly more with the mafia life. While Johnny Depp played the movie’s title character, Donnie Brasco, actor Al Pacino portrayed the role of the aging gangster, Benjamin Ruggiero. As for Madsen, he took on the role of Sonny Redーa member of the Mafia whom the mobster owes money to. Donnie Brasco also featured Bruno Kirby, Anne Heche, James Russo and Gerry Becker.

Released on February 28, 1996, Donnie Brascoーwhich was reduced on a budget of $35 million, grossed well over $11 million in its opening weekend across 1500 theatre locations. A financial success, it later went on to earn a worldwide total of $124.0 million. Met with critical acclaim, many lauded the film for its wonderfully clever storyline. Praised by multiple publications such as Entertainment Weekly, the Rolling Stone and the San Francisco Chronicle, it has since been recognized by the American Film Institute. Later nominated for an Academy Award, Donnie Brasco is one of the highest-grossing films that Madsen took part in in the 1990’s.

Several films later, Madsen co-starred in the martial arts action movie, Kill Bill (2003). Written and directed by award-winning filmmaker Quentin Tarantino, it centered around The Brideーa character who after waking up from a four year coma, is hellbent on getting revenge on a group of assassins who previously tried to kill her unborn child. While Uma Thurman portrayed the Bride, Madsen played the role of Buddーher third target; a former Deadly Viper who now works as a bouncer. In addition, Kill Bill also starred Lucy Liu, David Carradine, Vivica A. Fox, and Daryl Hannah.

Picked up for distribution by Miramax Films, Kill Bill made its way to theatres in the US on October 10, 2003. Over its opening weekend, the movie grossed over $22 millionーadding to that the ticket sales from overseas, it earned a worldwide total of $180 million by the end of its run. Praised all-over for its spectacular directing, it received numerous industry recognitions including a Golden Globe nomination, which went to Uma Thurman. As a member of the brilliant ensemble cast, Madsen also received an ACCA Award nomination, which he shared with his co-stars. 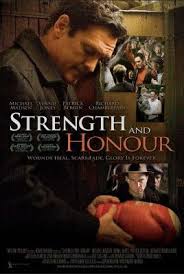 In 2007, the actor played the principal character in the boxing film, Strength and Honour. The brainchild of Mark Mahon, it centered around a single father named Sean Kelleher (played by Madsen) who decides to box again, despite his dying wife’s last wishes, in attempts to raise the funds needed to save his son from his hereditary heart disorder. Joining him in the movie were Vinnie Jones, Patrick Bergin and Richard Chamberlain.

Originally screened at the Cannes Film Festival in May of 2007, Strength and Honour received two awards at the eventーone for the category of “Best Actor” and another for “Best Picture”. Later released in the United States after being made available in Ireland (as it was an UK production), it grossed over $51,000 across 100 screens. Despite its ticket sales, which happened to be on the lower end, it garnered Madsen numerous awards including a Feature Film Award for “Best Actor” at the New York International Film Festival, a Jury Award form the Mount Shasta International Film Festival, and a Festival Prize from the Boston Film Festival.

Keeping a tight schedule, the actor has been filming for a number of movies these past few months, one of which includes the comedy, Garlic & Gunpowder (2017). Currently still filming, it will revolve around two Mafia members, both of which serve as “contractors” for an obnoxious mob boss. In it, Madsen will be playing the lead part of Jason; he will be joined on-screen by Vivica A. Fox, Lainie Kazan, Lindsay Hartley and James Duval, amongst others.

This coming May, he will also be starring in a drama film called, The Garden Left Behind (2017). Directed by Flavio Alves, it will center around the relationship between a young transwoman and her grandmother as they try to build a life for themselves in New York City. According to IMDb, the movie’s cast will also include Edward Asner, Danny Flaherty, Bernadette Quigley and Alex Kruz.

If you’d like to stay connected with the 58-year-old veteran actor, you can do so by following him on social mediaーyou can find Michael Madsen on his official Facebook page at @ActorMichaelMadsen.