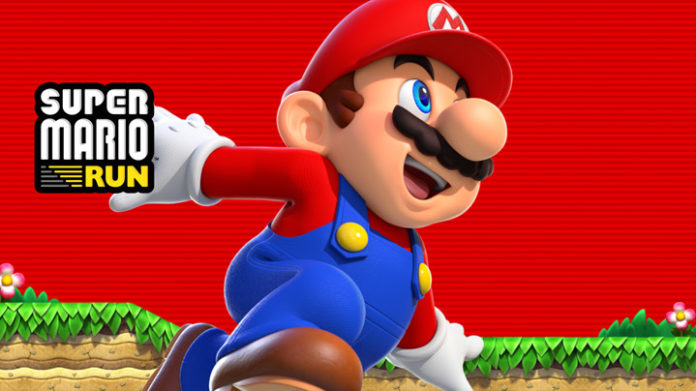 What is Super Mario Run?

In case you have been living under a rock, Super Mario Run is Nintendo’s latest and first official app. Although many developers have been adapting their games for iOS and Android devices for years, Nintendo has been a little slow to get in on this trend. Super Mario Run is basically an auto-runner platforming game, which makes it similar to other popular apps, like the classic Temple Run. The app has received mostly positive reception, but people have a couple of key issues with it. To begin with, Super Mario Run is currently only available for Apple devices. If you have an Android device, you will currently have to wait at least until March to get your hands on this game.

Outside of that obvious issue, some people disagree with Super Mario Run’s payment model. The first three levels are free, which means that Super Mario Run is technically listed as a free game, but to access any levels after that, you have to spend $9.99. This is a really large price tag for something as simple as an app, and people were so upset with this payment model that a lot of people took to the App Store to leave very negative reviews about the game. So, if either of those are issues that you have with Super Mario Run, or maybe if you’re just looking for a general alternative, then this article is for you. I’ll be going over the top 5 best games like Super Mario Run, and discussing why I think they’re so great. Without further ado, let’s dive right in. 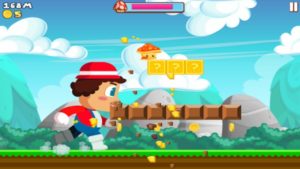 Looking at the name and looking at a picture of this app, I already know what you’re thinking. It’s a direct rip-off of Super Mario Run, isn’t it? The graphics and mechanics are almost exactly the same as the main game itself, but instead of Mario you’re playing as Plumber. This shameless clone was basically created to address every issue that people have had with Super Mario Run. First of all, it’s completely free. You don’t have to pay almost $10 to use this app. Secondly, the app can be played offline. I didn’t mention this point before, but in order to prevent piracy, Nintendo made it to where you have to be connected to the Internet in order to play Super Mario Run. You won’t encounter that same difficulty with Super Plumber Run. The third good thing about this app also happens to be one of its larger weaknesses. Super Plumber Run can be played on Android devices, but it can ONLY be played on Android devices. As of this writing, it is not on the App Store. All of these things together have caused Super Plumber Run to attract a modest amount of attention for being a solid Super Mario Run alternative for those of us who use Android devices. 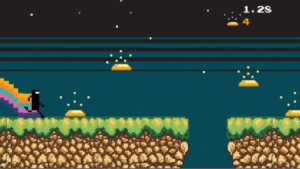 Go! Go! CommanderVideo is, ironically, a game that seems to borrow a lot of inspiration from the original Mario games. It’s an endless runner platforming game that utilizes retro-style graphics and challenging yet simple gameplay mechanics to create an overall product that is well-balanced and fiercely addictive. I have to admit that Go! Go! CommanderVideo may be one of the more unforgiving games on this list, but if the success of Flappy Bird is any indication, sometimes people just enjoy playing apps that make you want to pull your hair out. Unfortunately, like Super Mario Run, this game is currently only available to those who use iOS devices. As of this writing, it is not available on the Google Play Store. However, there is something to be said about the fact that this game is completely free. There are no advertisements, no pay walls, and no reason for anyone to drop a single dime on this app. If you happen to be on some kind of budget that prevents you from playing Super Mario Run, then I think that Go! Go CommanderVideo is the app for you. Just keep in mind that it may be a little frustrating! 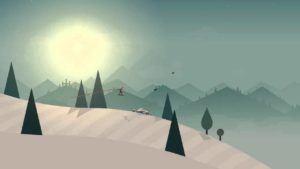 Aesthetically and mechanically, I admit that Alto’s Adventure isn’t all that similar to Super Mario Run. However, this infinite runner game has received massive amounts of critical acclaim over the last year or so. I think that a lot of that acclaim is completely earned. In Alto’s Adventure, you play as a snowboarder who jumps and performs tricks over a beautiful, procedurally-generated landscape. While some apps are frustrating, Alto’s Adventure is the exact opposite. This is a game that is outright relaxing, and critics and players alike have extensively praised its atmosphere, visuals, and sound design. I really think that this is one of the better endless runners ever made. However, I have to caution some fans of Super Mario Run that the gameplay here isn’t all that complex. Alto’s Adventure is nice to look at, but some have argued that it’s a little too shallow for its own good. Either way, I think that it is more than worth checking out. The app is available for free on Android devices, and for $4.99 on Apple devices. 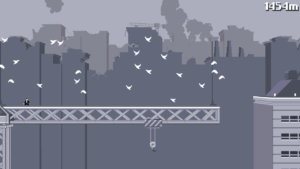 For those familiar with mobile games, you probably recognize Canabalt. This game is very old, but I think that it has held up remarkably to modern standards. Completely black and white, this game involves the player character free-running across various landscapes. It’s a simple enough premise, and free-running infinite runners like this one were actually quite popular when Canabalt was first released. (I remember an app called Vector was really successful during this time.) I’ve always viewed Canabalt as one of the best games to come out of that era. I think that the gameplay here is simple enough that it shouldn’t put off casual gamers, but the premise is still interesting enough that it will hold the attention of more hardcore gamers. Outside of that, this game is very accessible. You can play this game on both iOS and Android devices, and there’s even a version of the game available for purchase on Steam. Overall, this app may be an oldie, but it’s definitely aged to perfection. 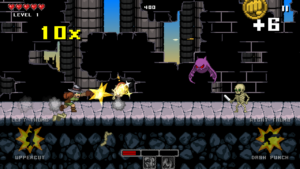 Topping my list of the best games like Super Mario Run is Punch Quest, an app that was initially released back in 2012. On the surface, this app appears to be predominantly a fighting game, and its name would definitely suggest that to you. However, as an arcade-style fighting game, it possesses many infinite runner elements. In Punch Quest, the player fights through different dungeons, battling different monsters as they progress through them. The dungeons themselves can vary wildly from place to place, which gives the game a strong sense of variety and replayability. Although I admit that the art style used here may not be for everyone, I think that the simple gameplay here definitely is. Punch Quest is a game that expertly balances fresh mechanics with a very old-school feel, and the final product is incredibly fun to play. If you’re looking for an alternative to Super Mario Run, then I think you should take a look at Punch Quest. This app is currently free on both Android and iOS devices.

That closes out my list of the best games like Super Mario Run. Infinite runners and platforming games are both very popular genres on the mobile platform, so I know for a fact that I missed out on a couple of really good ones. What is your favorite game like Super Mario Run? Feel free to drop into the comment section below and give your personal recommendation.