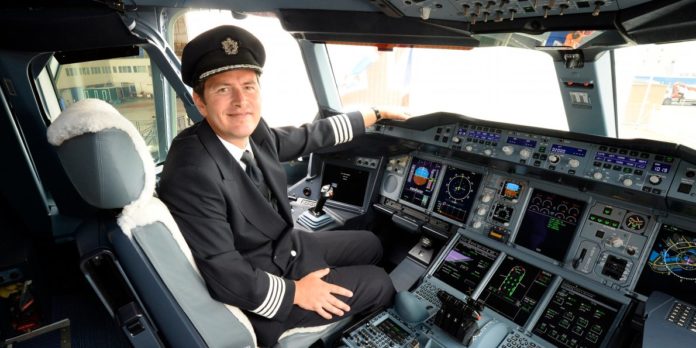 Pilots have a very large role in our country’s transportation and economy. Piloting is a job that obviously not everyone can do. It requires serious technical and mental abilities, and yet a lot of people rely on pilots on a daily basis. I think it’s obvious that pilots are useful in commercial airlines, getting large groups of people from one place to another. However, pilots are obviously important in importing and exporting goods across the world. Pilots can also be employed in private contexts, typically so that they can fly private jets for companies or people. There is obviously a lot of demand for pilots, and that’s largely due to the strenuous training that a pilot has to go through in order to be qualified to perform their work. 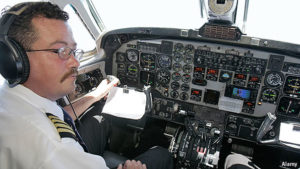 Many people dream of being pilots, if only so that they’re able to command something as awesome as an airplane. Is piloting a sustainable career, though? Are pilots paid well? Rest assured, because I will be trying to answer every single on those questions in this article. I intend to spend some time talking a little bit about what kind of money your average pilot makes, and I’ll be sure to include factors like experience and geography in this discussion about a pilot’s salary. I’m also going to talk a little bit about what actually goes into the process of becoming a pilot. Do you have to go to college, or do you just have to receive some kind of certification? Without further ado, let’s delve a little deeper into the specifics of this high flying career.

The average salary for pilots currently sits at about $99,373, which is more than a respectable figure. However, since that is obviously reported as an average salary, that obviously means that some pilots make a lot more than $99,373 per year and some pilots make a lot less than $99,373 per year. What kind of factors can affect a pilot’s given salary? Could location affect how well a pilot is paid? Obviously, people in every part of the country could have some use for a pilot. The ability to fly isn’t only meant for people who live in certain regions. However, I think it’s important to understand that some cities have a larger demand for pilots due to the fact that that city is an important city for airborne transportation. Some of the biggest airports in the country are located in cities like Los Angeles, Atlanta, New York, and Houston. Coincidentally, those are the very same cities where pilots are typically in the highest demand. If you live near (or even in) any of these cities, then you’ll probably be able to find work much easier and you’ll probably be paid a little more competitively. 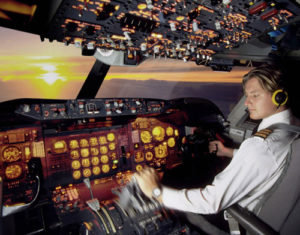 Next comes the question of experience. I don’t think that I should have to explain that, just like with every other profession, people with more experience or other hands on qualifications are paid more competitively when it comes to piloting. There’s actually a very steep curve in terms of salary and experience if you’re a pilot. Someone with twenty plus years of hands on experience can be paid over $125,000 more than someone who has just begun to fly professionally. That’s definitely a very wide pay scale. What accounts for this large difference in income? As you can probably imagine, experience is highly valued in piloting. Due to the sensitive and delicate nature of the work, it’s important to have someone in the cockpit who is completely familiar and comfortable with all of the equipment that they’re using. Not only that, but someone with more experience will possess the intangibles needed to be a successful pilot. They’ll have a cooler head, they’ll know how to make on-the-fly decisions, and they’ll know what is expected of them in their unique workplace. As a result, they’re paid more.

Finally, how does education factor into a pilot’s salary? Believe it or not, most airlines don’t actually require that applicants possess any kind of formal education. For a lot of them, high school graduation (along with the required certifications and licenses) are enough. However, just like with any other field, possessing some kind of degree related to your work can help you receive promotions or pay raises in the future. An airline may decide to promote you over a co-worker due to the fact that you’re college educated and they’re not. This may not seem fair for the other guy, but you put in the work, and you possess objective evidence that shows that you can get the job done. However, if you can’t get to college, then you shouldn’t feel discouraged from pursuing work in this field. Experience is definitely valued by airlines more than education, and you can still make a lot of money in piloting without receiving any formal higher education.

How to become a pilot – Do you need to go to school?

So, if you have become completely familiar with the average salary of a pilot and you’re still interested in joining this field, then I’m sure that you’re interested in finding out what goes into entering that occupation. (Heck, I already have a job, and that huge salary has even me interested.) As I mentioned before, you don’t necessarily have to go to college in order to become a pilot. This could come as good news to someone who can’t afford to attend. Most airlines just require that you have a high school diploma, or its equivalent. So if you’re in high school right now, keep your head down and keep your grades up. If you were not able to finish high school, then you want to look into taking a GED exam or something similar so that you can obtain an equivalent to a high school graduation. If you decide that you do want to attend college, then some of the most popular majors are aeronautical engineering, physics, computer science, and mechanical engineering.

If you decide not to go down this track in college, then you need to find a flight school. There are some flight schools that are meant to funnel students straight out of their program into an airline. You should investigate those kind of schools if you’re really concerned about being able to find a job once you graduate. Otherwise, you can check out local airport fixed base operators and see if they offer any kind of flight school. Basically, the idea here is that you’re trying to get the education required to legally fly. It’s worth noting that before you even apply to any flight schools, you’re going to want to obtain a medical certificate and student flight certificate. These are basically just documents that allow you to operate an aircraft on your own. 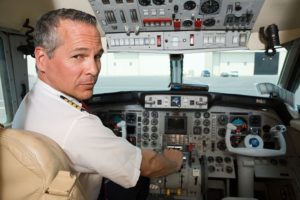 There are a wide variety of different certificates that one can earn in order to bolster their resume as a pilot. What certificates you pursue are ultimately up to you. For instance, you can become a certified flight instructor. People always say that teaching is the best way to learn, and you can also get some valuable flight hours as an instructor. However, there are a couple of certifications that you kind of need to have if you want to make a full living as a pilot. The biggest certification for pilots is the ATP, or airline transport pilot. This is the certification that most airlines require if you want to work for them as a commercial pilot. It definitely requires a lot of work, too. In order to get this valuable certification, you need to have logged at least 1500 hours of total flight time.

Now, I feel the need to explain that you can’t really expect to get right out of flight school and start flying for a major airline. Since most major airlines require a lot of flight hours from their applicants, you’re going to want to start small. Most pilots start off with a regional airline, which allows them to build up the hours and the experience that many major airlines look for. With hard work and diligence, you should be able to get an officer position at a major airline within a few years. I know that this may seem like a lot of work and a lot of time, but I don’t think you can blame the air industry for wanting to make sure that their pilots are as trained and as prepared as they can possibly be. Plus, the huge paycheck that you’re taking home definitely makes all of that hard work pay off!