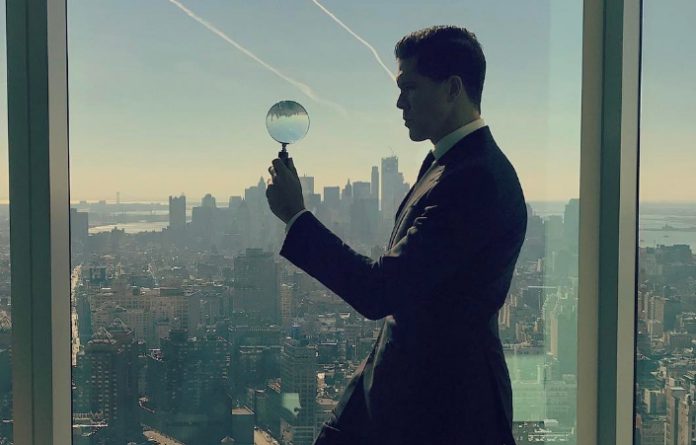 Fredrik Eklund has, rather quickly, become the most famous contemporary real estate agent in New York City. One of the hosts of Million Dollar Listings New York, Eklund has made a name for himself as the “Broker to the Stars.” In 2015, he released his first book, The Sell: The Secrets of Selling Anything to Anyone. The book quickly hit the New York Times’ Bestseller lists, and has many people wondering what’s next for Eklund.

Fredrik Eklund was born in 1977, the son of Klas Eklund, an economist with SEB, a commercial Swedish bank. In high school, he spent some time as an exchange student in Minnesota. He attended the Stockholm School of Economics, but never graduated. For a brief time, he wrote for a Swedish financial newspaper, but at 23, founded his own online business before going to work at SEB, the same bank his father worked at.

During his time with SEB, Eklund worked in Tokyo, Signapore, London, and Stockholm. While in Stockholm, Eklund briefly acted in pornography. He quickly realized he wasn’t interested in pursuing that, but has said he doesn’t have any regrets about the time and that it hasn’t hurt his career.

Over the past couple decades, Eklund quickly became one of the largest names in luxury real estate, first in Stockholm and more recently in New York City. In 2008 he helped Cameron Diaz find an apartment in NYC, and the next year sold a residence to John Legend.

By that point, Eklund had become the managing director at Core Group Marketing, a small real estate firm specializing in Manhattan residences.

In November 2010, Fredrik Eklund was featured on the front page of the New York Times’ Sunday Style section, where it was announced he’d be shooting a spin-off of Bravo’s Million Dollar Listing.

The show’s premise was nearly identical to the original Million Dollar Listing. The show followed both the professional and personal lives of high-end real estate agents. This was markedly different than most other real estate shows, which focused on the property owners, not the agents and brokers involved.

For the first season, Eklund worked with Michael Lorber and Ryan Serhant. The show was enough of a success that Bravo renamed the original Million Dollar Listing Los Angeles, and renewed Million Dollar Listing New York for a second season. Lorber chose not to return, claiming the show hadn’t helped his real estate business and criticizing the show for manufacturing scenes. Luis D. Ortiz, another broker at Douglas Elliman, replaced Lorber.

On February 9, 2013, Fredrik Eklund got married to Derek Kaplan in the Florida Keys. Later that year, Million Dollar Listing New York was renewed for a third season which aired the following year. The third season earned them a nomination for the Emmy for Outstanding Unstructured Reality Program and a renewal for a fourth season.

The fourth season earned them another Emmy nomination in the same category, and yet another season renewal. After the fifth season, Luis Ortiz left the show, but the show was still renewed for a sixth season.

Fredrik Eklund and Ryan Serhant, the two hosts from the beginning, are still with the show, and clearly, love doing it. The show has continued to rise in popularity, even becoming the most downloaded show in iTunes.

Before Million Dollar Listing New York was renewed for its most recent season, Fredrik Eklund published his first book, The Sell: The Secrets of Selling Anything to Anyone. The book discusses how even people who do not think of themselves as salespeople are still selling something, even if it’s only their labor.

The book quickly went on to become a New York Times’ Bestseller, and helped cement Eklund’s reputation as the best real estate agent in the country.

In his personal life, he and his husband Derek moved from their Manhattan residence to Connecticut, where they live with their two dogs. Eklund has also been heavily involved in philanthropy in recent years. He’s most notably involved with My Big Day, where young girls are invited to have tea with Princess Madeleine of Sweden, and Zimbabwe’s Forgotten Children, which raises money for primary education in Zimbabwe.