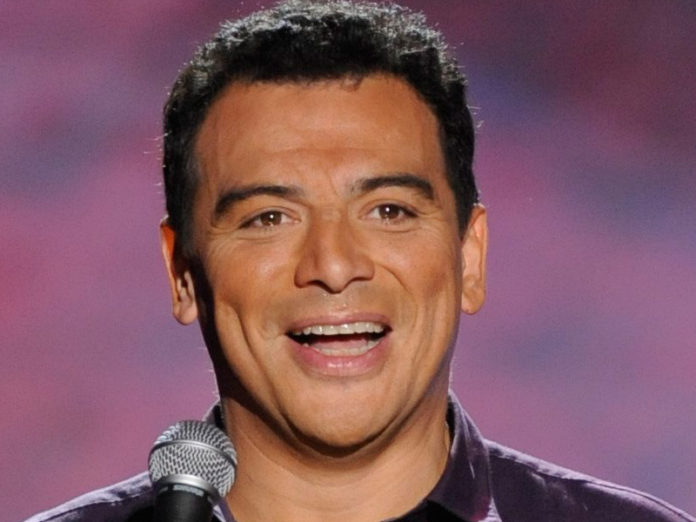 Often inflammatory with a comedic set full of racial stereotypes and disability jokes, Carlos Mencia climbed to a fair amount of fame before having his fame severely stunted by claims of plagiarism. Not long after the conclusion of his popular skit show Mind of Mencia, Carlos would fall into a bit of ambiguity. Where is he now? What happened to Carlos Mencia in 2017?

Originally born Ned Amel Mencia in Honduras to a Mexican mother and Hondurian father, Mencia was born on October 22, 1967. Despite his father having the last name of Holness (a name he would use through most of his childhood out of respect for his father), a domestic spat would keep his legal documentation and later show name as Mencia. Carlos would be moved up to Los Angeles, California to be raised by his uncle and aunt in the area, and would unfortunately fall under the pressure of entering into local gangs in the area. While mostly keeping out of trouble and doing well in his classes at Garfield High School, he would take time between his time at University and High School to deal drugs and had at least one burglarized a home. This would not last however, as he would enter into California State University as an Electrical Engineering major. This would also be short lived, as he would drop his education for a chance at fame due to having a very successful performance at the famous Laugh Factory, which would jumpstart his career in comedy.

The Standup Years and Mind of Mencia

After his breakout performance at The Laugh Factory, Ned would go on to change his name to Carlos at the urging of The Comedy Store owner Mitzi Shore to better appeal to Mexican audiences. Shore, who had previously seen the rise of the likes of Robin Williams and Chevy Chase as they performed at her store apparently knew what she was talking about, as soon thereafter, between his new name and comedy style he would be dominating the stand-up circuits. As a result, he would be featured in Buscando Estrellas (the Spanish language of Star Search) and be titled soon thereafter as the International Comedy Grand Champion. Soon after, Mencia would gain his first big shot, earning a slot in the HBO comedy show Loco Slam. Carlos would later become a host of the show “Funny is Funny!” and team up with other Latino comedians to form the “Three Amigos” alongside Pablo Francisco and Freddy Soto. By 2002, Mencia would also be featured on Comedy Central in their Presents series in 2002, where he would gain a massive boost to popularity.

Within 3 years, Mencia would have his own show akin to that of the Chapelle Show, Mind of Mencia, which would be self produced. Despite having fairly great success on the show, second only to South Park at the time for popularity, controversy and outcry would lend to the ending of the series in 2008, though official reasons would be due to Mencia himself deciding to end the series. Mind of Mencia would feature a great deal of guest stars from fellow Latino comedy superstar Gabriel Iglesias to Chris Hansen, Cheech Marin, and even Robin Williams. It would also feature a decent number of sketches that would either be seen as greatly offensive or cathartic depending on your outlook on comedy, such as The Stereotype Olympics, and the character series Punji, which took jabs at both an Indian store owner and his customer. A special focus of Carlos Mencia’s comedy was facing stereotypes of his own ethnicity, which included a bike build-off with his brother Joseph, where the latter rode in on a donkey with handlebars, and would often critique ideas held of, or about the Mexican and greater Latino community.

Throughout the filming of Mind of Mencia and continuing thereafter, many comics and commentators, most vocally Joe Rogan, began to claim Mencia had plagiarized material for his acts. This would end up in an eventual physical standoff between Mencia and fellow comedian George Lopez regarding quite a bit of material, but focusing on a joke regarding the fast food chain Taco Bell. It would later come to light that neither in fact wrote the joke, but unlike Lopez, Mencia actually had permission from Ted Sarnowski (the originator) to use the joke in performances.

After the end of Mind of Mencia, Carlos would have a bit of trouble catching the public’s attention. Despite not often having the charges of plagiarism stick, Mencia would see a downturn in popularity and eventually be placed down alongside Dane Cook as one of the worst comics of all time. This would not be helped during 2009, where when speaking about Hurricane Katrina, Carlos would talk about black people not knowing how to swim. Needless to say, there was yet another public outcry and he was dropped from the Krewe of Orpheus lineup.

2011 Would see the next major offering from the comedian of his own act (though a 2010 appearance in the film Our Family Wedding deserves at least a passing mention) with New Territory. This was almost universally panned as at best “somewhat funny” and at worst lending itself to accusations about stealing jokes yet again. This would be the last CD and DVD release from Mencia to date.

As of 2017, Carlos Mencia is continuing his touring of the United States, and as one would expect, as plenty to say. Whether it has to do with continued race relations or politics, his blend of reactionary humor and commentary has drawn crowds and radio show invites. At time of writing, Carlos has taken to the internet to regain some popularity, with both his Laughin’ and Livin’ podcast on SoundCloud, as well as his Neds Head video series on his Facebook page.

Mencia is also running a Comedy Tour through Canada and many cities throughout the United States through 2017, listed on his personal website, Carlosmencia.com. While we cannot say for certain if Mencia will ever again rise to the popularity that he had during Mind of Mencia, we can say that at time of writing, he has no signs of stopping performing even with broken bones, as mentioned in his latest Neds Head video. Hopefully, he will not continue to take the phrase “break a leg” so seriously.