What Happened to Sarah Palin – Now in 2018 Update 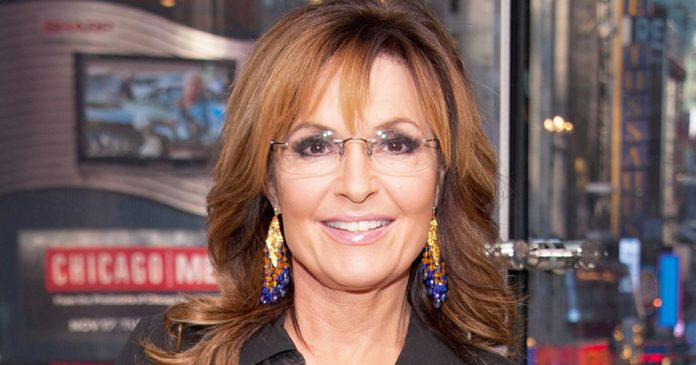 Politics can be messy. Nobody knows this more than Sarah Palin. The former governor of Alaska faced much scrutiny when she ran alongside John McCain during the 2008 presidential election. The public looked to the huntress from the north and saw someone unfit to make decisions, a hockey mom in one of the most important positions of power. Not many people know the full story of Sarah Palin though. In fact, most people tend to ignore it, in favor of the lipstick wearing bulldog (in her own words) that the media painted her as. It’s a story of how one competitive athlete went from beauty pageant winner to vice presidential nominee. So what happened to Sarah Palin?

Sarah Palin: The “Barracuda” from Alaska 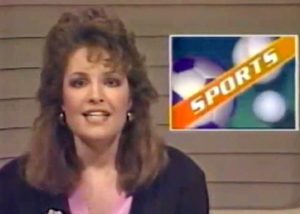 Sarah Palin was the daughter of school secretary and science teacher Sarah and Charles Heath. She was born in Sandpoint, Idaho, and was the third child in a six-family house. Only months after her birth, the Irish-German clan moved to Skagway, Alaska so that her father could pursue his teaching career. They relocated several more times early in her life, first to Eagle River in 1969, and then to Wasilla in 1972.

Sarah’s childhood was an active one, filled with cultured lessons and physical training. She started out modestly, playing flute in her junior high band before joining the girls’ basketball and cross-country running teams at Wasilla High School. During her senior year, she was the point guard of the basketball team that won the 1982 Alaska state championship. Her competitive nature earned her notoriety and the nickname “Sarah Barracuda” for the rest of her sports career.

Palin’s first exposure to the public eye came in 1984, when she won the Miss Wasilla beauty pageant and received Miss Congeniality. Following this, she finished third in the Miss Alaska pageant, and earned a college scholarship. This scholarship would prove valuable, and she would utilize it over the course of the next five years.

For five years, Palin worked as a sportscaster for KTVA-TV in Anchorage, and as a sports reporter for the Mat-Su Valley Frontiersman. Nobody would have believed that Sarah “Barracuda” Palin, beauty pageant winner and journalist, would ever even consider a career in politics. And yet, despite all expectations of her, she did.

“Lipstick on a Pitbull,” the rise and fall

1992 was the year that Palin first entered politics. In four years, Palin had become the mayor of Wasilla, removing John Stein from his three terms of power. As mayor, she cut property taxes, reduced spending and raised the sales tax to put money into public safety. She also managed to collect nearly $27 million in congressional earmarks, at the end of a successful term.

After losing in a 2002 bid for lieutenant governor, Sarah was appointed by Governor Frank Murkowski to chair the state’s Oil and Gas Conservation Commission in 2003. She would later go on to win in a bid for Governor, defeating former Governor Tony Knowles flawlessly. With her victory, Sarah became the first, and youngest, female governor of Alaska.

Her career was not without its controversies however. As a republican Governor, her administration operated with a strong focus on education, public safety and transportation. As a conservative Protestant, however, she found herself pushing policies influenced by her beliefs. She advocated strongly for pro-life policies, and creationist teachings in public schools. She even supported a policy to amend the Alaskan constitution in order to ban same-sex marriage. Sarah largely opposed the idea of global warming, and questioned its validity to much scrutiny. In 2008, the state approved of her plan to give a $500 million subsidy to TransCanada to build a pipeline through Alaska.

The scrutiny continued when the Alaska Legislature hired Stephen Branchflower, an independent investigator, to examine her actions following the sacking of Public Safety Commissioner Walt Monegan. It was soon determined that, while she did have the power to dismiss Monegan, the commissioner maintained that he was let go because he refused to fire Mike Wooten, Alaskan State Trooper and Palin’s former brother-in-law. Though Palin insisted that she did nothing wrong, the report filed by Branchflower stated that Palin did abuse her power as governor by violating the state’s ethics acts. Despite the information against her, the Alaska Personnel Board reported that Palin had not violated any ethics standards.

It was during this scandal that Palin was discovered by John McCain. He sought her to bring some younger blood into his bid for President in 2008. McCain officially nominated Sarah on September 4th at the Republican National Convention. With this, she became the second woman to run for Vice President, and the first Republican female at that. Palin immediately appealed to her voter base, jokingly calling herself a “hockey mom.”

Palin faced public scrutiny almost immediately. Following a televised interview with ABC, pundits began to notice her lack of experience with foreign policy. People doubted her ability to lead the country should any tragedy befall McCain. Among her critics were journalists at The Washington Post, who found her comments completely devoid of “diplomatic language.” The criticism only worsened when Palin admitted during an interview that she had never met a foreign leader. In fact, she could count the number of countries she visited on one hand.

Following these interview blunders, Sarah soon found herself at the mercy of the mainstream media. An interview with Katie Couric revealed her complete inability to cite examples of McCain’s support for financial regulations (or anything else for that matter). Following this interview, her poll numbers tanked, and McCain lost the election.

After the 2008 election ended, Palin returned home to Alaska, where she resumed her responsibilities as Governor. Though locked to her own state, she continued to stay active politically on a national level until 2009. That July, Palin announced that she would resign as Governor. This only threw gasoline on the speculative fire that she intended to run for President in 2012. Of course, this was not the case. It was the many ethical complaints and constant lawsuits that sapped her of her drive to continue as a politician. 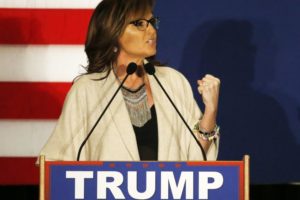 After stepping down from office, Palin aligned herself with the Tea Party movement. She fit right in with the conservative and libertarian group. Palin lead many of their efforts in reducing government spending, lowering taxes while adhering to the original Constitution. A small group of successful Tea Party candidates soon found themselves being endorsed by her for the 2010 mid-terms. She started the “Pink Elephant Movement” as a means to support female GOP candidates running for public office.

In the intervening years, Palin authored three books: America by Heart (2010), Good Tidings (2013) and Great Joy: Protecting the Heart of Christmas (2013). In 2014, she founded the Sarah Palin Channel as a means of connecting with her fans through videos and articles by her. Though lasting only a year, the channel left a lasting impact on her supporters.

As of 2017, Palin has mostly been quiet, though she has been an outspoken supporter of Donald Trump. Recently, there have been rumblings of her being selected for U.S. Ambassador to Canada. Other than some off-hand comments made by Press Secretary Sean Spicer, there is nothing substantial to support these rumors.

Andrew Wales
Andrew is a graduate from the University of Washington, where he earned his B.A. in Arts, Media and Culture. He is the author of "Neosol Saga," a series of science fiction thriller novels, and he seeks to put his devotion to writing to good use in the professional field as a journalist and an editor.
RELATED ARTICLES
US