What Happened to Courtney Robertson – Relationship Update for 2018 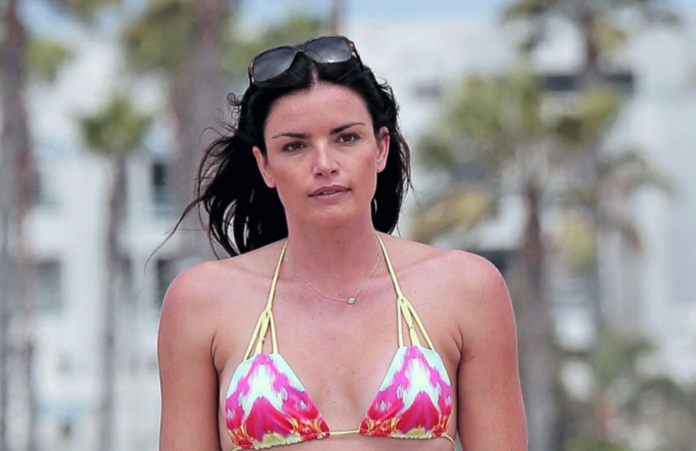 Contestants on The Bachelor tend to fall into a few broad categories. There’s the party girl, the group mom, the romantic. And it seems like every season, there’s a villain. Of course, none of these “villains” quite live up to their tabloid reputation like Courtney Robertson.

Courtney, a model from Arizona, is best known for her stint on Season 16 of The Bachelor back in 2012, where she competed with twenty-four others to win Ben Flajnik’s heart. Quickly, Courtney became the villain of the season, antagonizing the other contestants to give herself an edge. At the time, she embraced the reputation. But now, Courtney’s trying to move past her time on The Bachelor. What has she done to reform her villainous ways?

Courtney Robertson on The Bachelor

Before her time with The Bachelor, Courtney Robertson had actually shown up in tabloids a few times. For a while, she dated Jesse Metcalfe (Desperate Housewives) and even walked down the red carpet with him at the 2005 Emmy Awards. Outside of her love life, Courtney worked with the Ford modeling agency.

After breaking up with Metcalfe, she dated someone else, who alleged after she went on The Bachelor that she had cheated on him. Close fans of the franchise were quick to question her motivations for being on the show.

“She’s not here for the right reasons,” is a phrase that gets tossed around a lot on The Bachelor, but I don’t think it’s ever been used more frequently than during Courtney’s season. After her first one-on-one date with Ben Flajnik, viewers were immediately suspicious.

The two went on a picnic, and some of Courtney’s statements made it sound like she might have broken up with her boyfriend just to be on The Bachelor. One of Courtney’s friends did an interview with Ryan Seacrest that pretty much confirmed it. That, on top of heavy editing from the show’s producers, made sure that audiences knew she was this season’s villain by the end of the second episode.

Ben Flajnik didn’t have the same perspective on Courtney, and after their first date together had nothing but kind things to say. By Week 4, Emily O’Brien, one of the other contestants, confronted Ben, telling him that she thought Courtney was here to advance her modeling career, not her love life. This came to a head before the Rose Ceremony, when Courtney, Emily, and two others got into a pretty heated conversation.

When the group was in Puerto Rico, Courtney invited Ben to go out skinny dipping. He accepted, which helped fuel the animosity between Courtney and the other contestants. Before the Rose Ceremony, Emily apologized to Courtney, but almost immediately resumed gossiping. Ben warned her against antagonizing Courtney, which put everyone in a sour mood.

The next week, Courtney chose to go topless while the cast was in Panama, which exacerbated the resentment between her and the rest of the contestants. Emily apologized, again, but Courtney declined and said she was “not there to make friends.”

While the show was in Belize, Ben started to worry about Courtney’s attitude, but she reassured him that she was there for him, and that was why she was so abrasive to the other contestants. At the Rose Ceremony, Ben sent Emily home, despite everyone’s hopes that Courtney would be the one to leave.

Going into the final week, Courtney’s drama with the other contestants had simmered down, but Ben’s parents were still hesitant about Courtney’s attitude. However, after meeting her, they completely changed their mind and said that she was the better pick compared to Lindzi, the other finalist.

Ben took his parents advice, and at the Final Rose Ceremony, proposed to Courtney Robertson. She accepted, but it wasn’t long before their relationship began to stumble.

When the “After the Final Rose” special aired in March 2012, Courtney and Ben had already had some relationship troubles. Ben was upset by watching his season on the show, and seeing how Courtney treated the other contestants. They even broke up for a short time. But, they renewed their engagement toward the end of the special.

Courtney and Ben broke up for the second and final time later that spring. After leaving The Bachelor, Courtney briefly had a relationship with Arie Luyendyk, Jr., one of the contestants from Season 8 of The Bachelorette. She also got back together with one of her boyfriends from before The Bachelor.

In 2014, Courtney released I Didn’t Come Here to Make Friends: Confessions of a Reality Show Villain. The book highlighted her time in Los Angeles while she was on The Bachelor. It also revealed that she and Adrian Grenier (Entourage) briefly dated.

Since releasing her book, Courtney has gotten her realtor license, and works for a firm in Los Angeles.