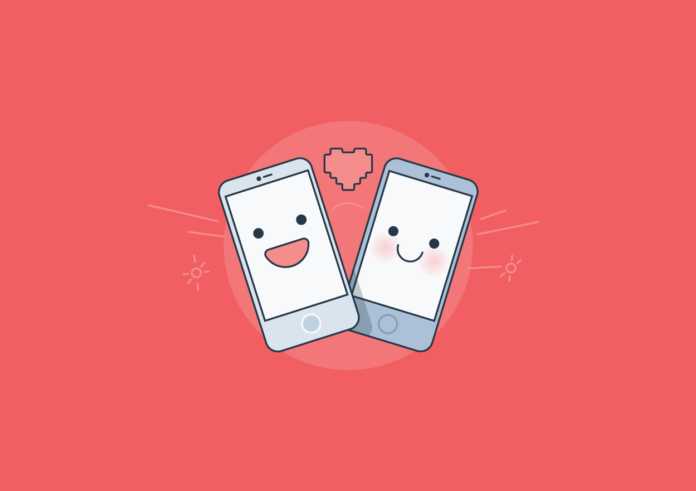 Dating apps are some of the most downloaded applications on the iPhone and Android app stores trailing shortly behind social media and games. Finding a date is simpler today than ever before. New apps are constantly unveiled that help you find your ideal partner. In the past two years, the amount of users on dating apps has nearly tripled. However, not every dating app is identical.

Gay and bisexual men can easily find a date with Grindr. Grindr is the most popular gay dating app in the world. The app was one of the first gay dating apps created, and it skyrocketed in popularity shortly after its 2009 debut.

Creating a profile is fast and simple. User create a username, upload a profile picture, and then choose traits that describe them or their ideal partner. After that, users can start chatting and swiping. Grindr is free, however to remove ads and have access to extra features such as advanced searching, users must upgrade to Grindr Xtra. 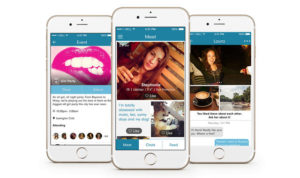 A lesbian counterpart to Grindr, Her a dating app for lesbian, bisexul, and queer women. It combines dating and social networking, pushing users to upload lots of photos and create appealing profiles. It requires a Facebook account to sign up, filtering out men who harass or catfish lesbian women on other dating apps.

After creating their profile, Her users can browse matches in their area or use the “feed”option. Similar to the news feed on facebook, users can post content such as photos and statuses for others to like and comment on freely. Features like the feed help the app facillitate conversation and connection. 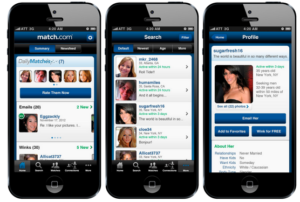 Initially launched on the web under the name Match.com, Match was one of the first internet dating services. It pioneered the familiar concept of creating a profile, uploading photos, creating a bio, and then initiating with messages or “winks”.

Match is known for catering more towards serious relationships. Creating a Match profile on the app is similar to that of similar applications. In order to have access to features such as seeing who viewed your profile, users must have a Match.com subscription. 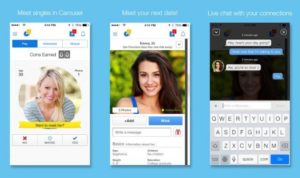 Like Match, Zoosk focuses more on serious relationships. It has over 35 million users worldwide and has been available since 2007. The app uses AI to track user preferences.

One of the most handy features of Zoosk is its photo verification. This confirms that users look like they do in their photos, helping to prevent trolling and catfishing which unfortunately can run rampant on similar apps. Zoosk requires a fee after you talk to someone for the first time. 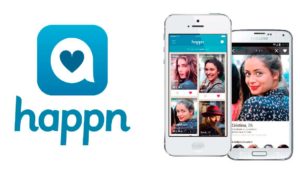 Although other dating apps usually connect you to random people in your area, Happn does that as well, but with an added twist. Matches only become available after you’ve physically crossed paths with them at least once. This could mean you’ve passed them on the street, been in the same cafe together, or while commuting to work.

After creating a profile, users simply have to turn on location services and go about their day. More matches will be recommended to them the more they have the app turned on. You can also see exactly how many times you’ve crossed paths with someone. In order for a conversation to be started, both parties must “like” each other. Unless you purchase a “charm” in-app, the other person will not know you like them. 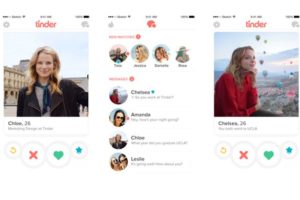 Although Grindr pioneered the swiping model, Tinder is responsible for making it the foundation of nearly every other app out there. Although the app is known for catering more towards hookups and short term relationships, plenty of people meet their partners and spouses using the app. There are an estimated 50 million Tinder users, making it the most popular dating app by far.

The usability and clean interface of Tinder make it easy to use anytime and anywhere. All that is needed to create a profile is a social media account, a photo, and short biography. Choosing a match is only done so based on their photo, and messages can be exchanged if you both swipe right. You can also use likes to get people’s attention. 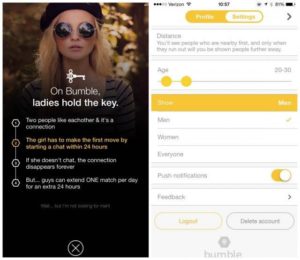 Many men find themselves feeling frustrated and rejected on dating apps, since they often send messages en masses with few responses. Women also receive numerous rude and inappropriate messages. Bumble turns the dating game on its head and only allows women to message first, which makes the dating game significantly easier for both parties. The app is also popular with LGBT users.

Women have 24 hours to message first after a match is made. Both men and women can extend the deadline by another 24 hours if they’re waiting on a message or haven’t had a chance to respond. In same-sex matches, either party can message first, but there is still more prompting to start a conversation than other apps. 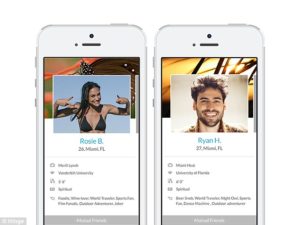 Meeting a stranger can be awkward initially, and it’s not always the best way to go if you want something serious. People often meet their long-term partners through someone they know. Hinge only matches you with people who you have mutual friends with, thereby catering more towards serious relationships due to the fact you’re more likely to experience consequences for behaving badly.

Users must have a social media account (Instagram, Facebook, or both) before adding photos. You can answer questions asking about your personality and experiences to help match you with similar users. These questions help you infer more about a person’s personality than just a few photos and short bio. The app also grants users the added advantage of being able to ask a friend about a prospective partner rather than risking a bad experience. 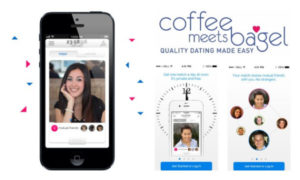 Like Hinge, Coffee Meets Bagel uses your mutual friends on Facebook to create an experience of quality of quantity. The app shows users only a few quality matches per day, versus an endless feed. As with other apps that encourage serious relationships, users can be very specific with their preferences.

Every day, Coffee Meets Bagel users will receive a few high-quality matches. The more someone uses the app, the more matches they can get. They can also pay for “beans” to get more matches instead. Once you like someone, a private chat is created that expires after 7 days if neither party initiates. 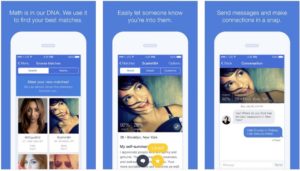 Out of the myriad of dating apps available, OkCupid is by far the most user-friendly and versatile. It has a massive userbase and is used by straight as well as LGBT users. What sets OkCupid apart from the competition are its many features that help you find an ideal match. Additionally, the app is constantly updated with new features, unlike other apps which tend to stall after a certain point.

After the straightforward profile creation, users are prompted to answer questions about their interests and personality. These questions can be marked as important or unimportant. OkCupid also offers Instagram integration and the ability to view “Flavors” of people (subgroups such as Nerds, Travelers, Fitness lovers). Premium features include invisible mode, the ability to see who viewed and liked your profile, and better search tools.