Fairways Golf and Grill Update- What Happened After Bar Rescue 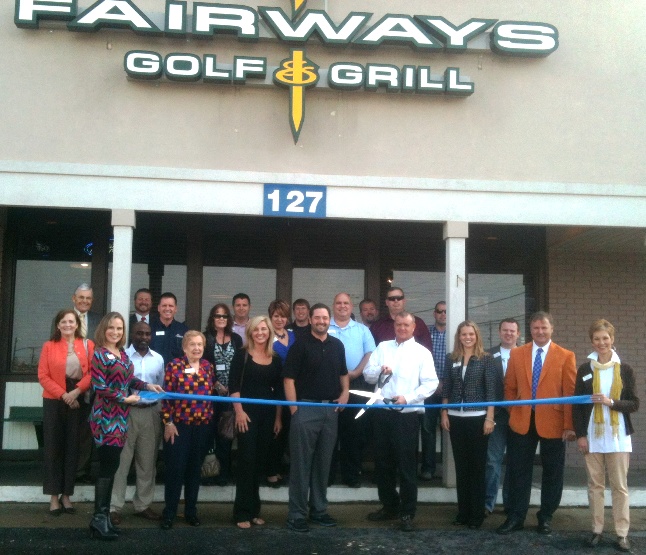 After ten years in finance, Richard Jordan took a swing at the bar business and invested his life savings into Fairways, a golf-themed bar. Since he was 15 years old and picked up his first golf club, he fell in love and wanted to bring his passion to work. He invested in a $40,000 golf simulator, which he thought would draw in a crowd. Upon opening, the simulator failed to be the money machine he had hoped for; in the first month, he lost nearly $10,000. Richard tried other marketing ploys to get people in the door like bingo, but these attempts quickly missed the mark. Bills continued to pile up, and Richard has been forced to return to his accounting job. As Richard was spread thin, more responsibility fell towards his manager, Michelle. Michelle was unable to make the necessary changes to revitalize the bar.

To further compound the problem, Richard’s friend and Fairways chef, Kevin – Kevin has a problem with a lack of cleanliness and inability to cook a decent menu has caused patrons to stay away. Instead of confronting the bar’s glaring problems, Richard retreats to his office and sits hiding away. Now, Richard is more than $150,000 in debt with his house mortgage on the line.

34 miles south of Nashville sits Murfreesboro, Tennessee. One of the fastest growing cities in the United States, Murfreesboro is home to Middle Tennessee State University and its 21,000 student body. Less than 2 miles away sits Fairways Golf and Grill. Outside the bar, Jon Taffer is performing some reconnaissance with an experts, Steve Blovat, a professional health inspector. Jon has called Steve in because he feels that this is the worst kitchen he has ever seen, and he shows Steve an example on a computer in the car. Richard is sitting in the bar watching things.

To make things worse, Jon explains that he has never seen a golf theme work. Golf is low energy, which is counterintuitive to the nature of a bar. Jon sends in chef Brian Duffy and Phil Wills to have them spy on the bar, and he intends to have them order the entire menu. Brian has more than 15 years culinary experience, and Phil Wills is a consultant for both the Hard Rock Cafe and Bucca Di Beppo. The two entire the 6,000 square foot space featuring a short L-shaped bar with a single service station and a large kitchen with two walk-in coolers. They enter and order more than 7 drinks that Phil feels every bartender should know how to make. Brian then orders three burgers and one of everything else, which draws a confused response from the bartender.

In the kitchen, chef Kevin is freaking out and laughs at the length of the receipt. At the bar, Phil and Brian are served their drinks in a timely fashion. Phil then orders a dark beer, but Brian is disgusted by the amount of flies in the bar. Kevin is committing a health code violation in the kitchen by cross-contaminating raw pork with raw beef without washing his hands. There is no sanitation or gloves being used. Steve does not know how Kevin has lasted this long – to make matters worse, Kevin uses a disgusting, charred bowl to cover the burgers that Brian ordered. Phil is then served the rest of the keg of dark beer in a frosty mug, which is only a half glass. The first thing that hits him when he drinks the beer is a disgusting metallic taste. Brian agrees with him. 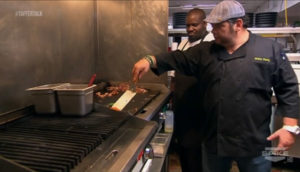 29 minutes later, Brian and Phil have finally received some of their food, starting with the chips and queso and chips and salsa. The fried mushrooms come next, but none of the food is appetizing. Phil steps away from the bar to go to the bathroom and hurl out the beer that he tasted; Brian’s burger is bloody and raw. Steve says that he has done this for 14 years and has never seen anything like this. Steve and Jon storm into the restaurant. Brian then points out that the fried mushrooms have dirt on the bottom of them, but Richard and Katelyn are in denial about the situation. Jon takes Brian, Richard and Steve back into the kitchen where Kevin does not feel that he has done anything wrong. Brian demands that Kevin tastes the salsa, and Kevin is repulsed; the bacteria in the salsa has caused it to begin bubbling. The air intake has also not been cleaned in three years. As Jon exits the kitchen, he points out the raw chicken sitting in room temperature. All of it is around 60 degrees, which is begging for contamination. There are more than 13 health code violations in Fairways Golf and Grill. Spores are growing inside the walk-in freezer.

The next day, Jon has the entire building tested and it is finally found safe. The entire staff is brought into the restaurant to clean out absolutely everything in the restaurant, then gathered in a meeting with Jon. Jon formally introduces himself and his experts, and points out the reality – Richard is more than $100,000 in debt. The entire staff has made choices that make people sick. The biggest problem with the bar are customers not coming in due to the food. Food costs should be around 30%, but Kevin estimates that they should be 90%; Fairways food cost is 54%, Jon explains. Steve examines the restaurant and finds that the bar is clean, but the kitchen still looks like a disgusting mess. 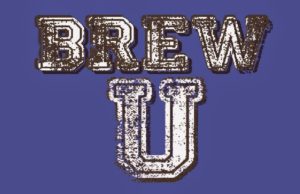 Katelyn is given full permissions from Richard as a manager, and the first decision she makes is to release Kevin. None of the staff thinks twice about the release of Kevin. Assistant Chef James is promoted to head chef, and Chef Brian sets to work with James to teach him all the techniques he can pass down and helps to revamp the menu, including some tasting and flavoring tips. Phil has recovered from his expired beer and begins to work with the bartending staff to teach them their own techniques, as well as introducing drinks unique to the menu. The bar undergoes a soft launch, which proves to be a success and that Jon Taffer’s efforts were not in vain.

Fairways Golf has been renamed to Brew U and Richard loses himself – the bar has been totally revamped to be a much more homely, relaxed space that feels more like a cocktail lounge than it does a bar. The bartenders call it the “cutest place ever,” and even Richard is feeling the positive energy. Jon explains that the entire bar has a separate logic for seating – there are round tables for those who want to sit alone, a sofa, and even large seating areas for 10 people. Power outlets are abundant throughout the bar for students looking to bring their laptop. Four extra seats have been added to the bar, which Jon says is $1,000 a year per seat. James has proven to be an exceptional talent with 6-7 minute ticket times, while the average is about 10 to 12 minutes.

Brew U has unfortunately closed due to Richard not being able to keep the bar open due to bills and excessive debt. The bar closed in 2014, but prior to closing, the bar had an impressive 3.8 star rating across 136 reviews on Facebook and a 3.3 star rating with 14 reviews on Yelp. Most of the praise was for the homely, comforting atmosphere in the bar, but unfortunately, it appears that this was not enough to keep the bar afloat.